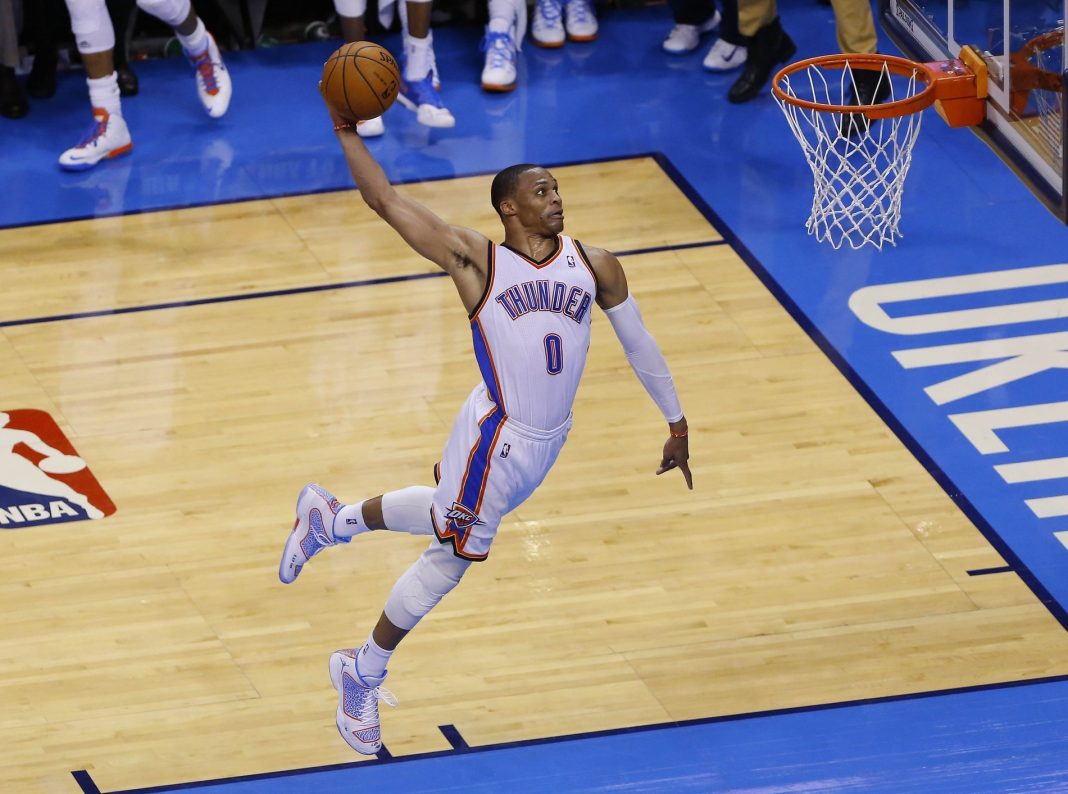 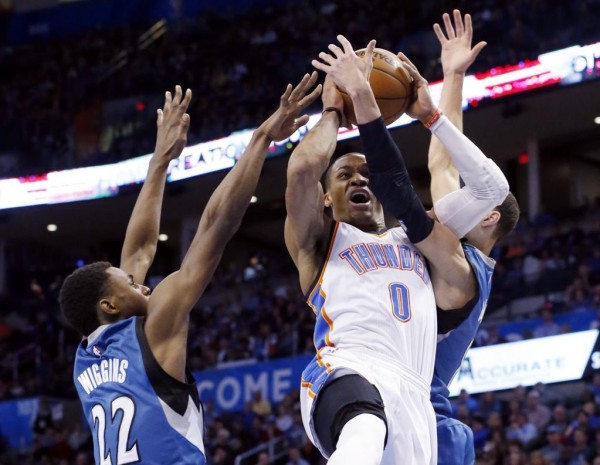 The 2014-2015 Oklahoma City Thunder season came to an end Wednesday despite a 138-113 victory over the Minnesota Timberwolves. Unfortunately for the Thunder, the New Orleans Pelicans defeated the San Antonio Spurs a little later in the night to secure the 8th spot in the Western Conference. 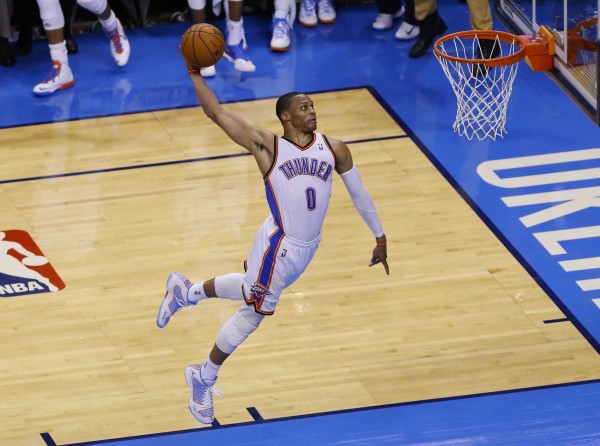 With the end of the Thunder’s season comes the end of Russell Westbrook’s historic season in which he totaled 11 triple-doubles—something only Jason Kidd and Grant Hill have been able to accomplish in the past 20 years. Westbrook also led the league in scoring with 28.1 points per game, was first among guards in rebounding with 7.3 per game, was second in steals with 2.1 a game, and fourth in the NBA in assists with 8.6. Nothing short of an amazing season.

Westbrook’s major accomplishment this season was his scoring—his insane amounts of scoring. Wednesday was no exception: the Thunder needed to win, and Westbrook led the way for them with 23 points in the 1st quarter and 34 by the half, both of which are franchise records. That’s right, not even Kevin Durant has been able to pull that off. That’s another big thing Westbrook did this season—earn some respect as a player on his own outside of Durant’s shadow.

Since being drafted 4th overall by the Seattle Supersonics/Thunder in 2008, Westbrook has been No. 2 on the team to Durant. In fact, early on in his career Westbrook was considered a ball hog who needed to just accept his role behind the real superstar. Over the past few years fans and analysts alike have come to accept Westbrook as a good point guard, but after this season he will certainly be considered one of the better players in the league moving forward.

The other thing that this season showed is just how good Durant is. At the end of the day, after all the points Westbrook scored have been counted and the triple-doubles tallied up, the Thunder were the 9th best team in the Western Conference, and the 14th best team in the league overall. When Durant was healthy, this team was considered a legitimate championship contender.

For this reason. Westbrook is not the 2014-2015 NBA MVP. In fact, he shouldn’t even be in the conversion. Westbrook is a very good player, but he’s not even the best player on his team never mind the league as a whole. James Harden fits that role perfectly.

There’s a reason Kevin Durant won MVP for the 2013-2014 season: with Durant leading the team, the Thunder won 59 games and locked up the 2nd seed in the West en route to a Western Conference Finals appearance. 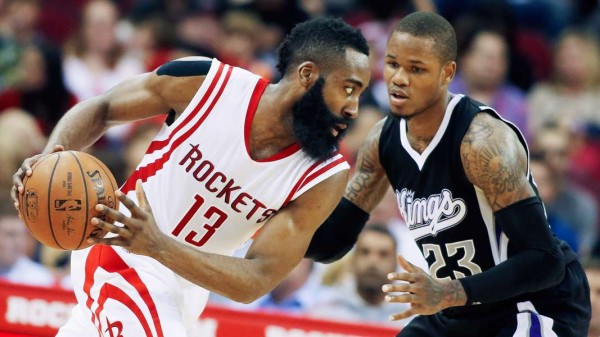 Sure, you can make the argument that Westbrook had nothing to work with; but then you only further James Harden’s case for MVP. With Dwight Howard in and out with various injuries, Harden had just as little talent around him as Westbrook if not less. 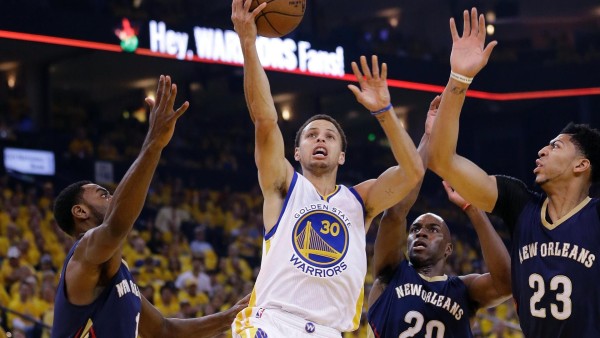 You could make the argument that with Durant basically not playing this season that Westbrook was the most important player to this team. Well, if you want to award MVP to the player most important to his team, then no doubt Anthony Davis of the New Orleans Pelicans or Harden wins the award. Harden and Davis had the highest EWA (Estimated Wins Added) in the league with 24 each. Steph Curry follows with 22.2, then Chris Paul with 21.4, and then Russell with 20.8. Obviously adding over 20 wins is a huge deal, but it doesn’t make him the most important player.

So let’s stop trying to force him into the conversation for an award designed for the best in the league. Instead, let’s just appreciate the greatness Westbrook brought to the NBA this season.

Russell Westbrook did something amazing this season. He had the world talking. Everyone had an opinion on this kid. He was a savior and a villain. A team hero and a team destroyer. A clown, a lunatic, and a martyr to the same people at the same time. And on top of all that, one hell of a basketball player.