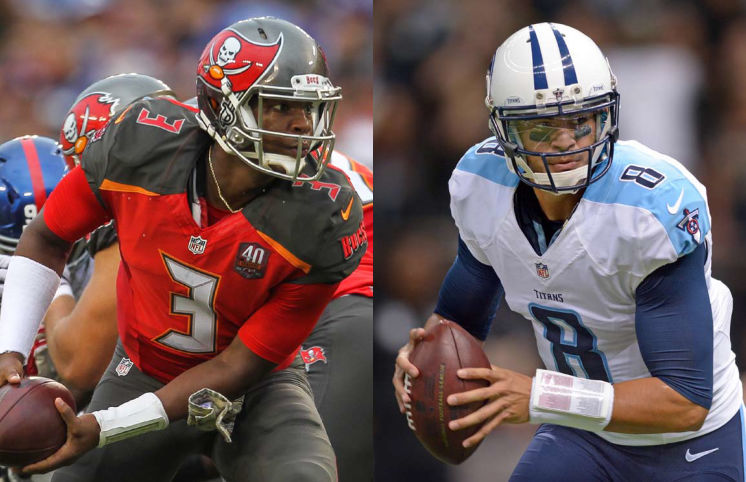 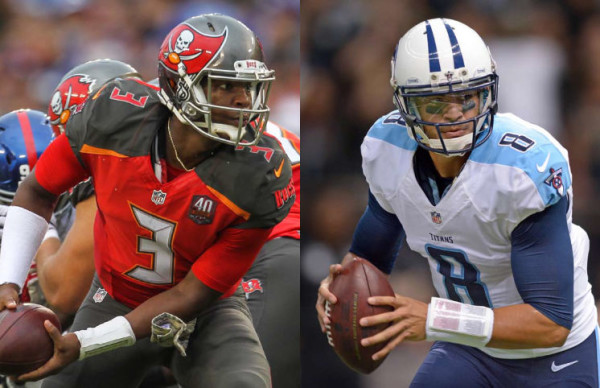 Don’t let solid Week 9 performances fool you—Jameis Winston and Marcus Mariota are far from refined. Personally, I still think Mariota will be a bust, but I’m also a little salty because he tore my New Orleans Saints to shreds. At least Winston couldn’t outduel Eli Manning.

Anyways, for those of you still allowed to play fantasy sports (sorry NYC), I’d highly recommend staying away from these kids. It’s nothing personal this week, I promise. It’s more so about their matchups.

Mariota had a fantastic showing with 40 fantasy points against New Orleans after his two-game absence; however, the Carolina Panthers defense is a tad bit better.

Let me rephrase that—the Panthers have a defense and a defensive coordinator that spends less time styling his hair and more time actually preparing the team. I image that’s how Rob Ryan spends his time. At least his hair will look good for job interviews after this season.

Carolina has only allowed two quarterbacks to get past 20 points this season—Russell Wilson and Aaron Rodgers—so the odds definitely aren’t stacked in Mariota’s favor. Mariota had 15 combined points in matchups against the Miami Dolphins and Buffalo Bills, so you can expect him to struggle against the undefeated Panthers.

Winston’s matchup with the Dallas Cowboys is a little easier but not by much. The Cowboys may not be perfect (very far from it in fact), but they have gone three straight games giving up no more than 17 points to opposing QBs, with one of them being Eli Manning. Coincidentally, Winston hasn’t scored more than 17 points in four home games this season.

The Tampa Bay Buccaneers will most likely rely pretty heavily on Doug Martin this weekend, making a multi-touchdown game somewhat of a stretch of the imagination for Winston.

For the record, I’m also not playing Ryan Tannehill or Russell Wilson. If you’re looking for a cheap QB option, try going with Joe Flacco or Kirk Cousins.