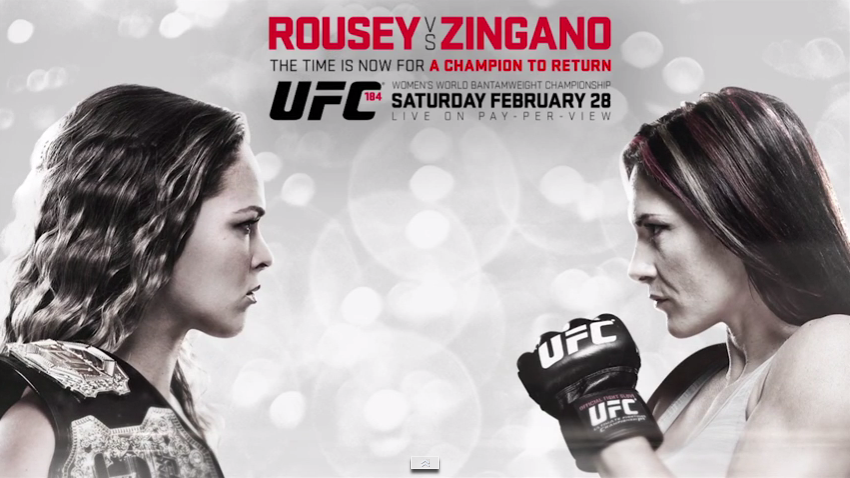 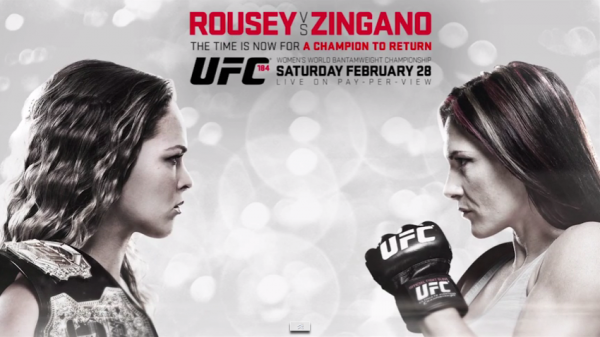 On February 28th, 2015 we will find out if yet another woman has what it takes to unseat Ronda Rousey as the best female fighter in the world. So far Rousey has had little trouble with the competition. Cat Zingano is no slouch though, posting a 9-0 record to Rousey’s perfect 10-0 mark professionally. Joe Rogan has stated that Zingano poses the biggest threat to the women’s bantamweight champion so far. That is usually the case with a champion on a great run though. Once you have dispatched most of the competition with ease, each fight becomes their “biggest challenge”. 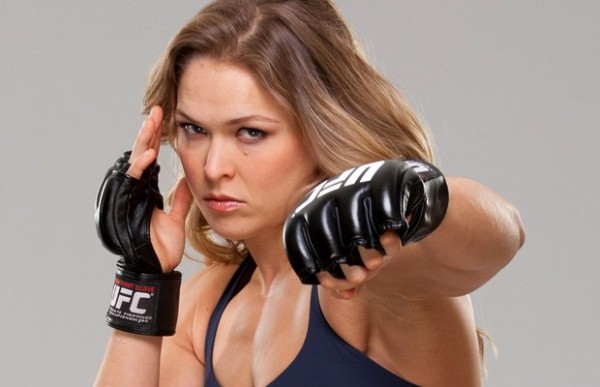 This we know. Ronda Rousey intends to retire undefeated from MMA action. How much longer she will be around to post those tallies in the win column is up for debate. I say five fights max. She has been so dominant that she either gets a challenger’s best effort or she gets an opponent that is so in awe that they are beat before they make the walk to the octagon. Mike Tyson had that aura about him as he laid waste to challenger after challenger. It will take a special effort to beat a champion who has finished off all but one fighter in the first round. Sometimes in the fight game, that special effort can just be a well placed haymaker that ends a title run in a split second.

Cat Zingano is not going to be a pushover so hopefully this PPV main event lasts longer than the 16 second bout Rousey won in her last appearance. Zingano made her return to the UFC in impressive fashion when she ended her fight with Amanda Nunes with a TKO. Her 17 month layoff was due to a knee injury and also she was dealing with her husband’s suicide. She has five wins by knockout, three by submission, and has only gone the distance once in her career.

The way I see it Zingano has two options in her quest to knock off the Rowdy One. Option one is to make it a messy affair by tying up Rousey at every opportunity and use some dirty boxing along the way. If Zingano can frustrate the champion with these kinds of tactics and drag the fight into the later rounds, the challenger has a shot. Rousey is so skilled I wouldn’t doubt her ability to finish a fight in the fifth round or point her way to a decision. But obviously the bantamweight champ knows how to get off to a quick start, so in my opinion Zingano stands a better chance the longer the fight continues. Rousey’s second fight with Miesha Tate was the longest one yet for Rousey and she had to dig deep in that battle to finally get the submission.

The second, more dangerous option for Zingano is to take the fight right to Ronda Rousey from the moment the bell sounds. A Tommy Hearns v Marvin Hagler type brawl is what I’m talking about. A nasty couple of minutes of haymakers could work just as well as trying to drag the fight into the deeper waters of the fourth and fifth rounds. The downside to this strategy is that Rousey has gotten better with her striking recently and could get another quick knockout for the victory herself. That would not bother me if I were training Zingano. The odds of her escaping the first round are not great anyway if you go by Rousey’s history. Why not blast away for a couple of minutes? If Zingano gets knocked out she will go out on her shield, and at least Rousey will know she was in an actual fight. 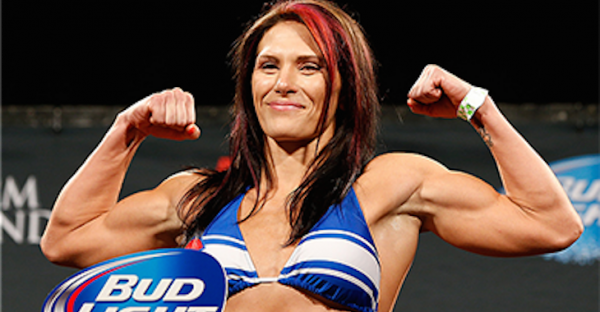 I’ve seen odds on this fight at -900 for the favorite Rousey and +550 for the underdog #1 contender Zingano. I’ve had a plan to bet on the underdog versus Rousey for the remainder of her UFC career. I’m wiling to put up a few bucks, allegedly, to get five to ten times my money back. It’s not that I have no faith in Rousey or that I dislike her. Neither is true. She deserves her ranking in the top ten pound for pound best fighters in the world along side the best men of the UFC. And I find her very interesting as an athlete and person. I appreciate the fact that she seems to hate Kim Kardashian and took a strong stance recently against fighters using steroids. I’m a Rousey fan, but the temptation is too great to bet on a big underdog in a sport where a lucky punch can end the fight in a hurry. I’ve wanted to win a few dollars in the fight game ever since 42-1 longshot Buster Douglas KO’d Mike Tyson back in the day. Betting is illegal in my state so all this gambling talk is theoretical of course.

Betting talk aside, I would have to pick Rousey to win this fight. She is so polished and determined that I can’t see her failing. Of course anything can happen in a fight and that’s why they don’t crown champions on paper. Two women will step into the octagon on February 28th to see who the better fighter really is. It will take the best performance of Zingano’s career to get a victory over the best female fighter we have ever witnessed.