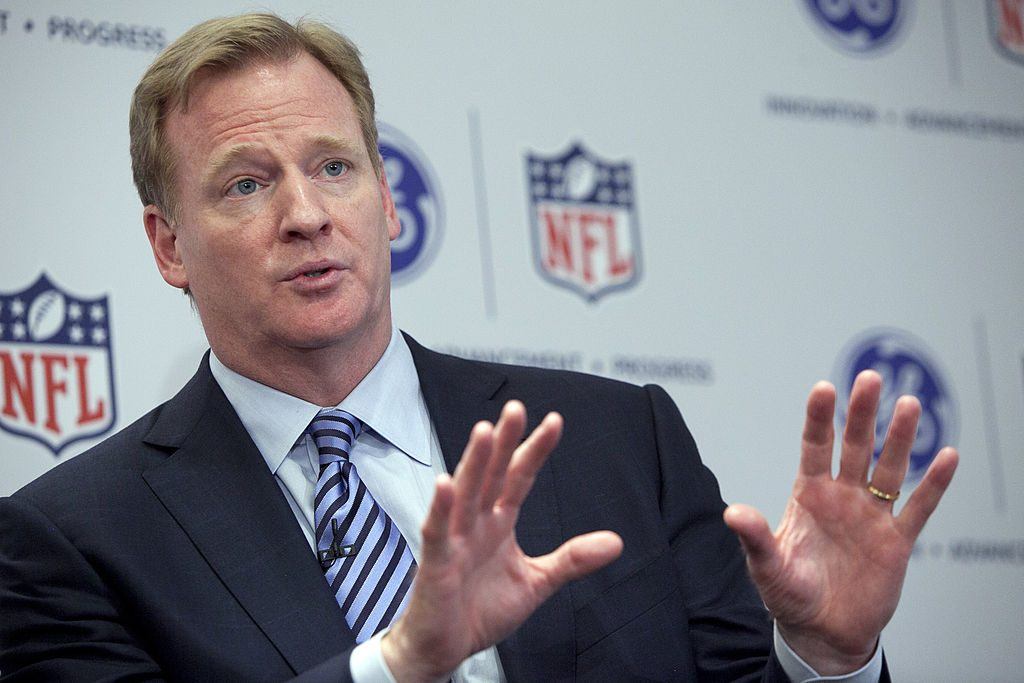 Bad news, everyone: we may be stuck with Roger Goodell forever. The NFL commissioner is expected to have his contract extended an additional five years, keeping him at the top of the league through at least the 2024 NFL season.

The agreement hasn’t been finalized yet, but only needs final approval from the compensation committee, which is comprised of six owners led by Atlanta Falcons owner Arthur Blank. The committee was put in place by the owners after Dallas Cowboys owner Jerry Jones wanted all 32 teams involved in Goodell’s contract renegotiations. Jones is not on the committee.

Jones, of course, isn’t too happy with the commissioner following a six-game suspension of running back Ezekiel Elliott. That case will certainly put the two at odds once again during the appeal.

Goodell’s entire tenure as NFL commissioner has been marked by PR headaches and ridiculous fines and suspensions; the Elliott one is one the latest in a long line of nonsense. There is one thing, and only one thing, that Goodell is good for as the head of NFL, and it just so happens to be the one thing that the owners care about more than anything else: making lots and lots of money.

The NFL is expected to bring in upwards of $14 billion this season, up nearly 75 percent over the past seven years thanks in part to the money flowing in from television and streaming deals.

Despite his inconsistency in other parts of the league, such as discipline, Goodell has been compensated handsomely for bringing in the money. The commish made just under $32 million in 2015, the last year in which his salary was published. Goodell has brought in at least $212.5 million in his ten years as NFL commissioner.

Goodell has been in the league since 1982 when he started out as an intern at the NFL office. He had a brief stint with the New York Jets’ PR department in 1983 before returning to the league office the next year.

By 2001, Goodell was the executive vice president and chief operating officer under commissioner Paul Tagliabue, who he succeeded in 2006. And, of course, the rest is history, and his record of insane decisions and inconsistency speaks for itself.