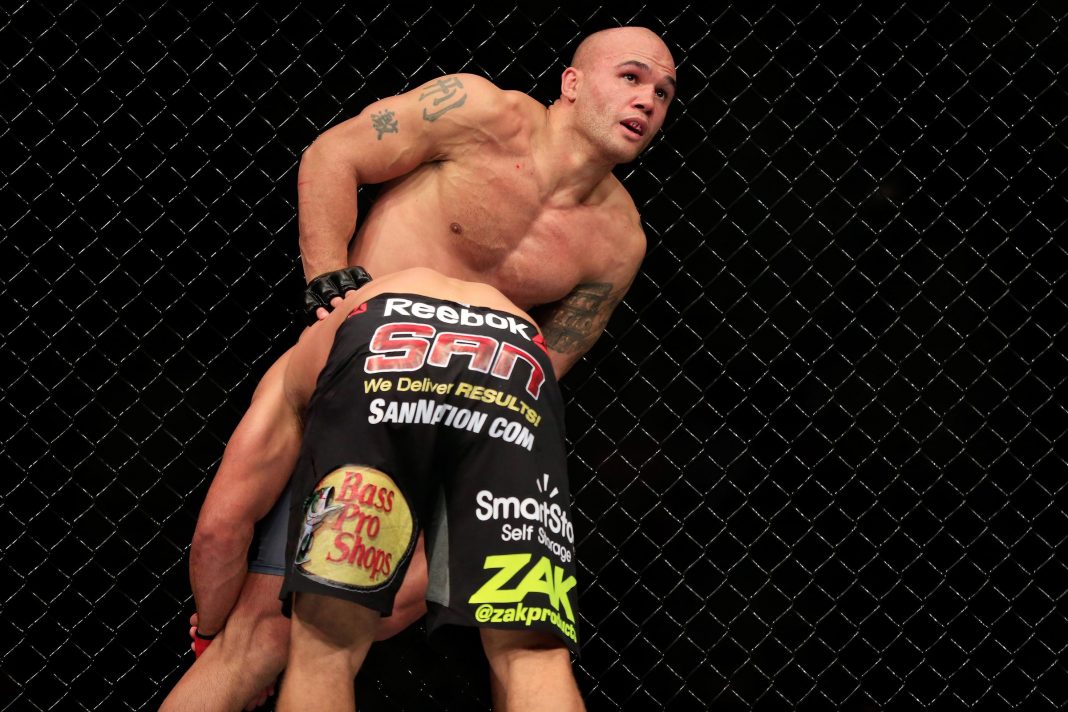 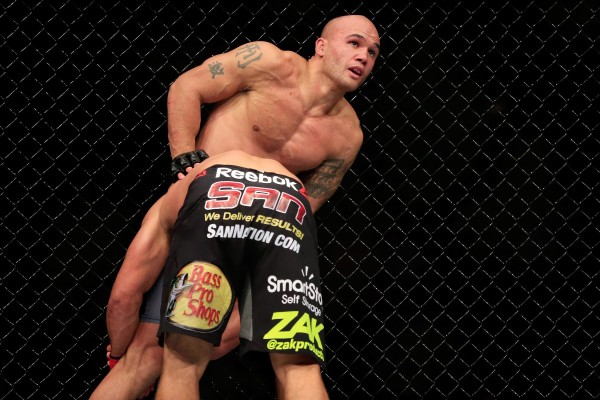 Occasionally a competitor in a sport will, for whatever reason, fail to achieve the level of respect and attention that’s deserved. Maybe it’s because of timing, or perhaps it’s due to the athlete’s attitude outside of competition.

And given just how long “Ruthless” has been a part of the MMA world, it’s easier to do than one would think.

Lawler made his professional debut in 2001, under the tutelage of UFC Hall of Fame member Pat Miletich. For reasons that are now clear, Lawler won his first bout—at just nineteen years of age—via first-round TKO. After three additional first-round stoppage victories, Lawler would be invited to the UFC.

Fans may not have known it then, but the unknown twenty-year-old newcomer would be battling the elite athletes of the MMA world for the next decade and a half, at the least.

Although the next seven years of his MMA career would be important, there’s simply too much to mention to successfully drive the point of his lack of recognition today home. Competing in several promotions and facing no shortage of elite competitors between 2002 and 2007, Lawler would secure victories over Chris Lytle, Frank Trigg, Murilo Rua, and Scott Smith. Then, in his first fight of 2009, Lawler would make his Strikeforce debut against Jake Shields, entering the modern-day phase of his career that boasts the championship-caliber fighter we know today.

Lawler lost to Shields. And although he fought elite competition while in Strikeforce, he wasn’t able to achieve the consistency required to put a win streak together. During his three-year promotional tenure, Lawler was unable to win two consecutive bouts. Although it must be emphasized, once again, that he was fighting elite competitors, the competition clearly wasn’t the problem with his career, as demonstrated by his recent title-clinching win streak.

Nevertheless, Lawler would enter the UFC (after Zuffa purchased Strikeforce) with a final Strikeforce record of four wins and four losses, off the heels of a loss to Lorenz Larkin. Accordingly, Lawler’s return to the welterweight division was one that many weren’t investing heavily in, partially due to his recent career happenings, and partly due to his quality opponent, Josh Koscheck.

Despite being a +250 underdog at the time of the bout, Lawler would defeat Koscheck via first-round TKO. Even with this impressive upset under his belt, if one were to claim that Lawler would secure UFC Welterweight Championship the very next year (or any year, to be honest), the comment would have been met with scoffs and words of doubt.

The fans didn’t yet know that Lawler had finally—after twelve years of competing against the elite of the elite—put it all together.

He would string together two additional wins over Bobby Voelker and Rory MacDonald before challenging Johny Hendricks for the welterweight belt. Although he came up short on the judges’ scorecards in this Fight of the Year effort, it was clear to many fans of the sport that Lawler was a new and improved athlete.

Even with this newfound respect from many, there were still individuals doubting the resurgence and evolution of Lawler. This was clear when, after fighting his way back to another title shot with wins over Jake Ellenberger and Matt Brown, Lawler closed as a +200 underdog against Hendricks.

Apparently the oddsmakers—and the fans, given the direction of the bets—forgot the viciously tough fight that Lawler gave Hendricks the last time around. Lawler ended up winning via split-decision—highlighting and complementing over a decade of hard work and effort.

And despite the magnitude of this victory, as well as his next defense (another underdog triumph) against Rory MacDonald, Lawler still didn’t and doesn’t receive the respect and appreciation that he deserves. As was initially mentioned, it’s almost as though fans take the longtime competitor for granted.

Robbie Lawler is one of the few MMA fighters today (or ever) who was truly able to put everything together; all of his skills, techniques, and experience culminated to form a truly world-class fighter. What’s even more special about this ultra-rare type of athlete is that Lawler still represents the old-school MMA fighter; he simply shows up and fights.

And perhaps that’s another reason why he hasn’t quite achieved the recognition and respect he deserves. With Ruthless, there isn’t any forced trash talking promoting his bouts, nor are there any controversial actions outside of the Octagon to propel his career. Lawler does his speaking with his techniques, inside the Octagon; perhaps that’s not enough today.

More pressingly, Lawler looks out for his teammates and fellow athletes through forms of media which could certainly shape his following. A quick glance at his Twitter timeline will reveal several “retweets” of fellow fighters. Whether these mentions were for a birthday, new sponsorship, or to congratulate a recent victory, not many fighters can claim to be so undramatic, balanced, and invested in the well-being of others.

In the era of social media call-outs and trash-talking galore—which can be undoubtedly entertaining, and have cemented their place in the sport—it’s refreshing to find a fighter (a champion, no less) who simply isn’t interested in the “drama.” Lawler shows up and not only fights but truly battles each of his opponents.

Currently scheduled to face Carlos Condit at UFC 195, Lawler appears to be commanding more respect, in the way of betting odds. Nevertheless, one can’t help but be reminded that there aren’t as many fans getting excited about this fight as there should be. With all of the talk about Rousey and Demetrius Johnson making history each time they fight, it’s clear that the promotional efforts behind Lawler’s career are comparatively diluted and unenthusiastic. When he made his professional debut, both Johnson and Rousey were unable to compete professionally, being under the age of eighteen.

It’s hard to say if Lawler will emerge victorious against Condit; “The Natural Born Killer” is a dangerous opponent for any welterweight in the world. But fans can be sure of one thing: Lawler won’t complain or falsely promote the fight, and when the cage door shuts, he’ll bring it. Just like he has every single time he’s fought; years of experience have formed a true fighter.

Lawler is making history just as much—and likely more than—other fighters that receive much more press, attention, and praise. What you see is what you get with Ruthless, and it’s time that fans truly understand, appreciate, and get excited about everything he brings to the sport—as an athlete and a person.