Home All News Right Time To Fire An NFL Coach: A Look Back At Mike... 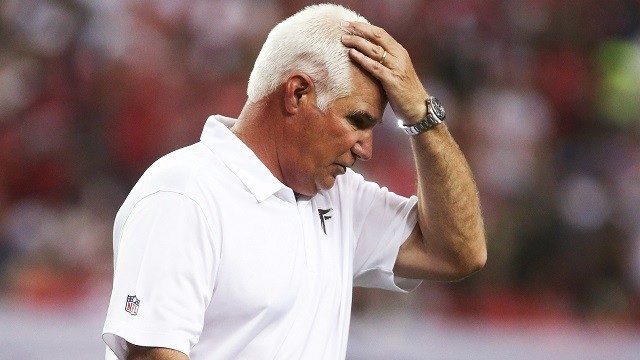 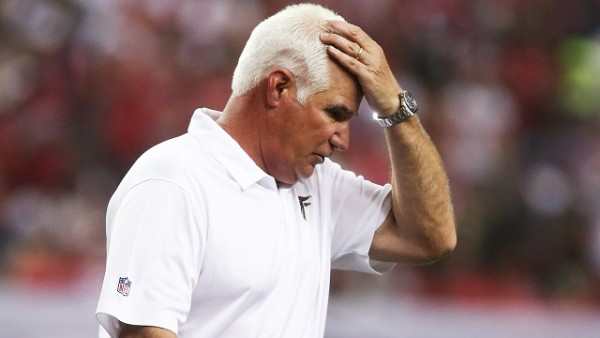 It is a difficult thing to know the exact right moment that an NFL coach must go. Firing a guy that was picked to run an NFL team is not an easy decision for a team owner. After all, the owner picked the guy to be the head coach in the first place. So the team owner would be admitting he made a mistake. That is not an easy thing to do for a billionaire with a ton of pride who is in charge of an NFL franchise. Getting rid a coach too soon is also of huge concern. What if the guy is the right person for the job still, but the team is just in a bad slump? It would be a costly mistake to fire a man that would have eventually led a team to a world title. So as you can see, it is easy for fans to clamor for a guy’s head when things are not going the way the fan base would like. But firing an NFL head coach is not something that can be done on a whim.

A prime example of this issue is currently happening in Atlanta. The Falcons were just a few yards away from going to the Super Bowl in 2012. They were way ahead of the 49ers in the NFC Title Game only to let them come back to take the lead late in the game. The Falcons were playing at home and still had a chance to win in the end. They fell short by about ten yards as a last second pass to the endzone was knocked down by San Francisco. Atlanta missed a prime chance to go to only their second Super Bowl in Franchise history and the first under head coach Mike Smith.

Mike Smith has been the best Falcons coach in the history of the team. He has taken the team to new heights since his arrival. They have had the best regular season record in the NFC twice. The team is 60-36 since he took control of the Birds, which is near the top of winning percentages in the entire league. All this winning is quite new for a franchise that had never had back to back winning seasons in its history. Let that sink in for a minute…..no two consecutive seasons with a better than .500 record. Clearly Mike Smith has made the team better than he found it.

Now comes the downside of the equation. With all of Smith’s success, he has failed to get to the ultimate goal. That is a Super Bowl. Just like every other team owner, Arthur Blank wants to not only get to the big game, he wants the trophy after it is over. Competitive business men are funny that way. Second or third best won’t get it. The two years that Smith led his guys to the best record in their conference were impressive. The first time it happened though, the team was knocked out of the playoffs in the first round. Not a happy ending to a great regular season. The second time they had the best regular season mark with home field advantage throughout the playoffs they nearly gave away the first round game after blowing a huge lead. They made it to the NFC Title Game only to lose to the aforementioned 49ers.

With great success comes great expectations. Smitty created those expectations among the fans, his owner, and himself. Since that 2012 Georgia Dome collapse, the team has sunk back to pre-Smith levels. In 2013, they were picked to go to the Super Bowl by a few, and chosen to be in the hunt for another conference title by many. But they started the year horribly, then got worse as the season progressed. They did have some injuries that cost them valuable players, but things were not right from game one. They finished the year 4-12 with disappointment hanging over the entire city of Atlanta. But maybe it was just one bad year with some injuries mixed in to make things worse than they would have been under different circumstances. Maybe not.

This season Atlanta is struggling once again. They sit at 3-6 and the losses have generally not been even close games. Just like 2013, injuries piled up early and often. This time they hit the offensive line very hard as they lost starter after starter. I don’t know if any other coach would have fared better after the O-line was devastated. They lost three starters early in the regular season and one projected starter in the preseason. 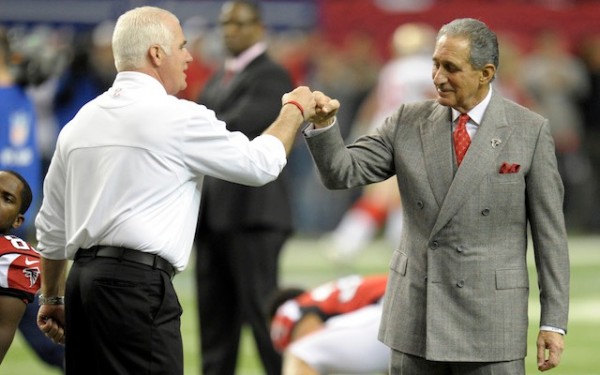 What is Arthur Blank to do after this year? What would any NFL owner do? The Falcons have little hope of even getting a wild card spot in the playoffs even if they managed a winning streak the next few weeks. If that miracle happened, they would get destroyed in the first round most likely. They are not going to the post season so that is a pointless consideration. Mike Smith is the best coach to lead the team in Atlanta ever, but they are at a crossroad. Is it the right time to let Smith go since the Falcons have not lived up to expectations? Or should he be given more leeway because of the injuries that piled up on him this year? And his past performance has to be taken in consideration as well. He is a quality coach. But how long can Mr. Blank keep hanging with his guy? He certainly doesn’t want to waste another season. This corp offensive group is full of weapons, but their window of opportunity is not going to remain open forever.

I know many NFL owners would just fire a coach in Smith’s position. The team is not performing as expected, so they would hang him out to dry and move on to a new guy to take over. But what if he was able to get the team on track next year? It would be a costly error to fire a coach when he is only a year away from another great season. The Steelers are one franchise that sticks with coaches through the ups and downs of the NFL. They have had only three head coaches since 1969. I would say they have had a ton of football success in that period. They have had a few bad seasons mixed in with the good ones, but they stuck with their head coaches. They were not quick on the termination trigger.

It is easy to fire a coach that starts off his tenure losing and stays on the path of suck. That choice is so easy that it isn’t even a choice. But deciding the fate of a coach who has proved himself in the past is difficult. The future of a franchise depends on the owner making the right call, one way or another.