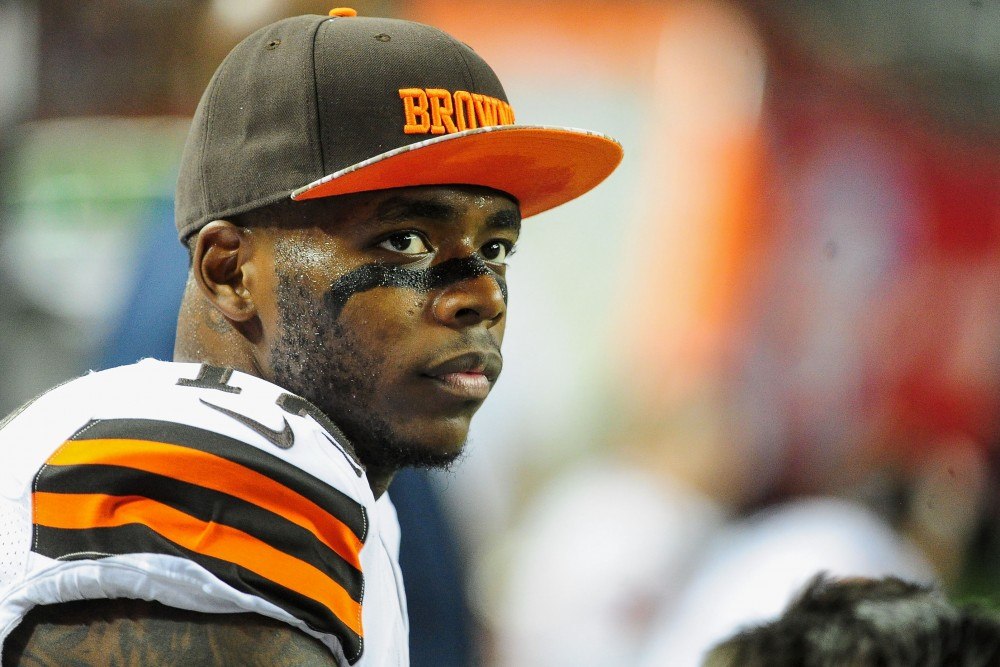 Cleveland Browns receiver Josh Gordon won’t have to suffer alone after finding out that his application for reinstatement has been denied. He’s got his new roommate Johnny Manziel to keep him in line and on the ‘straight’ and narrow.

A league spokesman confirmed Tuesday that the application was denied and that Gordon can apply again at a future date.

The decision puts Gordon’s participation for the 2016 season in doubt. He was suspended for all of 2015 for testing positive for alcohol.

On Monday, a person familiar with the situation told media outlets that Gordon “raised a red flag” because of a recent league-administered drug test. The person, who spoke on condition of anonymity because results of NFL drug tests are not made public, says Gordon didn’t have a positive substance abuse test.

But a sample collected in March showed Gordon had traces of marijuana and a diluting substance in his system. The level of marijuana was less than the minimum required by the NFL for a positive test.

Cleveland’s new front office has said little about Gordon, who applied for reinstatement in January. Last week, coach Hue Jackson said it was premature to talk about the former Pro Bowler because his situation had not been resolved.

According to league policy, for Gordon to be reinstated he must demonstrate sustained abstinence during his suspension. His past includes several failed marijuana tests in college, too, at Baylor.

After Gordon had pleaded guilty to driving while impaired on July 5, 2014, in Raleigh, North Carolina, he was required to submit to alcohol testing under the third stage of the league’s mandated program.

Gordon said he drank on a flight to Las Vegas a few days after the 2014 season ended and failed a subsequent test. Gordon had assumed any restrictions ended after the season, but he didn’t clarify that with the league.

He was initially suspended for the 2014 season after testing positive for marijuana. His penalty was later reduced to 10 games after the league and NFL Players Association changed their substance abuse policies.

Gordon also had to sit out the two games in 2013 for a failed drug test, which he blamed on taking prescription cough medicine. He led the league with 1,646 yards receiving in 2013 despite that suspension.