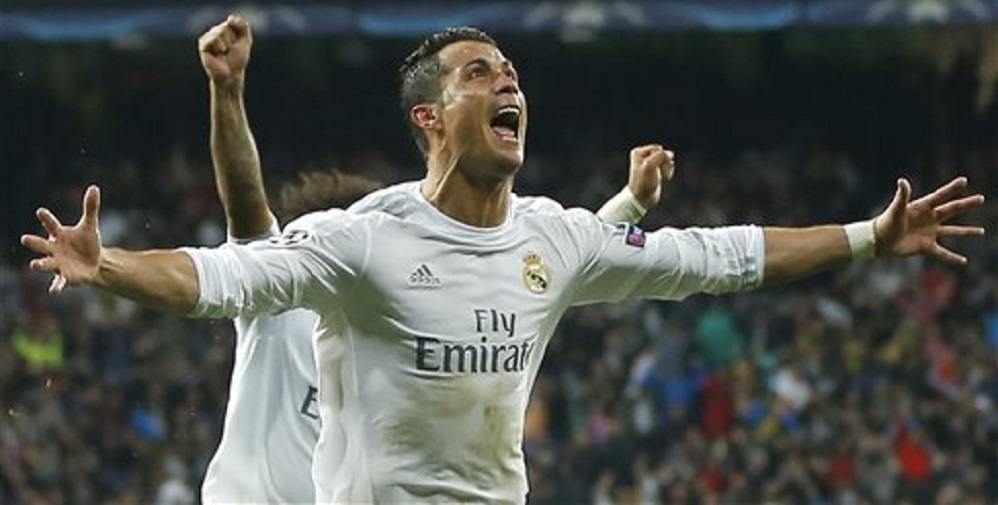 Cristiano Ronaldo proves what a soccer star and icon he is once again after bringing the Real Madrid back into the Champions League semifinals. Just last week, he was getting gay slurs screamed at him after beating Barcelona, but nothing ever stops this star.

Cristiano Ronaldo came through for Real Madrid again, scoring a hat trick to lead his team back to the semifinals of the Champions League with a 3-0 win over Wolfsburg on Tuesday.

Ronaldo netted goals in the 16th and 17th minutes, and then added a decisive third with a remarkable free kick in the 77th as Madrid overturned a 2-0 loss in last week’s first leg to win 3-2 on aggregate.

The Portugal striker delivered when Madrid needed a goalscorer, sending a curling shot in-between a couple of defenders in the Wolfsburg wall to earn his team a place in the semifinals for the sixth straight season and avoid a major upset to the German side. 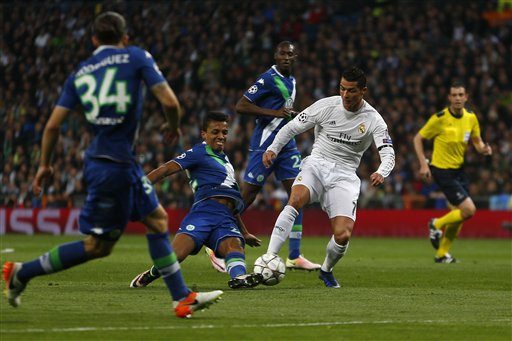 “It was a perfect night,” Ronaldo said. “I had said it was going to be a magical night, and that’s what happened. We played with intensity and the fans supported us a lot to help the team win a game that was complicated. It was perfect.”

“He scored three goals when the team needed him,” Madrid coach Zinedine Zidane said. “He is special.”

It was Ronaldo’s 40th hat trick for club and country, and the sixth this season.

“For those who doubted Ronaldo, he has vindicated himself again,” Madrid defender Sergio Ramos said. “We need him.”

Several minutes after the final whistle, Ronaldo and the rest of Madrid players returned to the pitch to show their appreciation to the fans who were still celebrating at the Santiago Bernabeu Stadium. 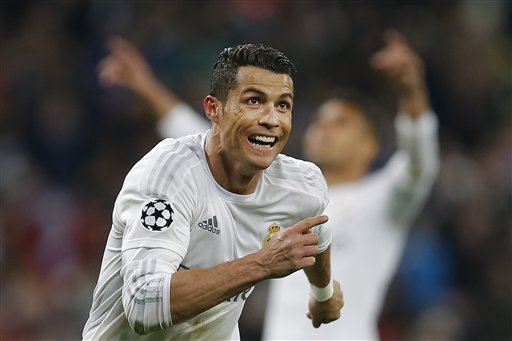 “It was a special night, we started with tremendous intensity and showed our rival how much we wanted this,” Zidane said. “The fans were phenomenal today. We can only thank them for how they supported us.”

An elimination by Wolfsburg would have been embarrassing for 10-time champion Madrid as the German club was considered the weakest of the quarterfinalists and was making only its second appearance in the Champions League.

In Tuesday’s other match, Manchester City reached the semis for the first time with a 1-0 victory over Paris Saint-Germain, advancing 3-2 on aggregate.

Madrid hadn’t reversed a first-leg loss in the Champions League since the 2001-02 season, when Zidane was still playing. But the 10-time European champion came into the return match with high hopes thanks to an impressive home record — having won 12 of its last 13 games at the Bernabeu with an average of nearly five goals per match.

“It was sensational, from the first minute to the last. When the fans really get behind the team they are like another player,” Ramos said. “There were people who thought the comeback was not possible, but we managed the rhythm of the game well.”

Needing at least two goals to stay alive, Madrid started all-out on attack under steady rain, and it didn’t take long for Los Blancos to erase the first-leg deficit.

About 10 minutes after Ramos struck the top of the crossbar with a header from a corner, Ronaldo opened the scoring from close range after Dani Carvajal finished a long run through the right flank with a low cross into the area. The ball appeared to deflect off a defender before reaching the striker for an easy finish from close range.

The home fans among the crowd of nearly 80,000 were still on their feet when Ronaldo added the second, a header from the near post after a well-taken corner by Toni Kroos. 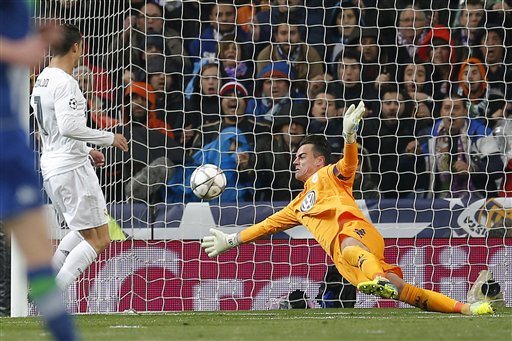 The pace slowed down after the second goal and Wolfsburg, playing in the knockout stage of the Champions League for the first time, had two good chances to get back into the game just before halftime.

A long-range shot by Brazilian midfielder Luiz Gustavo forced Keylor Navas to make a difficult save in the 34th, and Bruno Henrique missed a great chance from inside the area in the 37th when his shot was blocked at the last moment.

“Today we were just a little bit off,” Wolfsburg coach Dieter Hecking said. “We deserved to get here, people will remember our games. We improved as a team this season. I’m really proud.”

Karim Benzema could have scored Madrid’s third just before halftime but the France striker wasn’t able to get a shot away after receiving a pass from Carvajal in front of the goal.

Ramos nearly found the net in the 66th, but his header hit the post and bounced back to goalkeeper Diego Benaglio, who just kept the ball from crossing the line.

Benaglio had no such luck, though, with Ronaldo’s free kick about 10 minutes later.

Wolfsburg had lost an important piece of its midfield when Julian Draxler had to be replaced because of an apparent muscle injury in the 32nd.