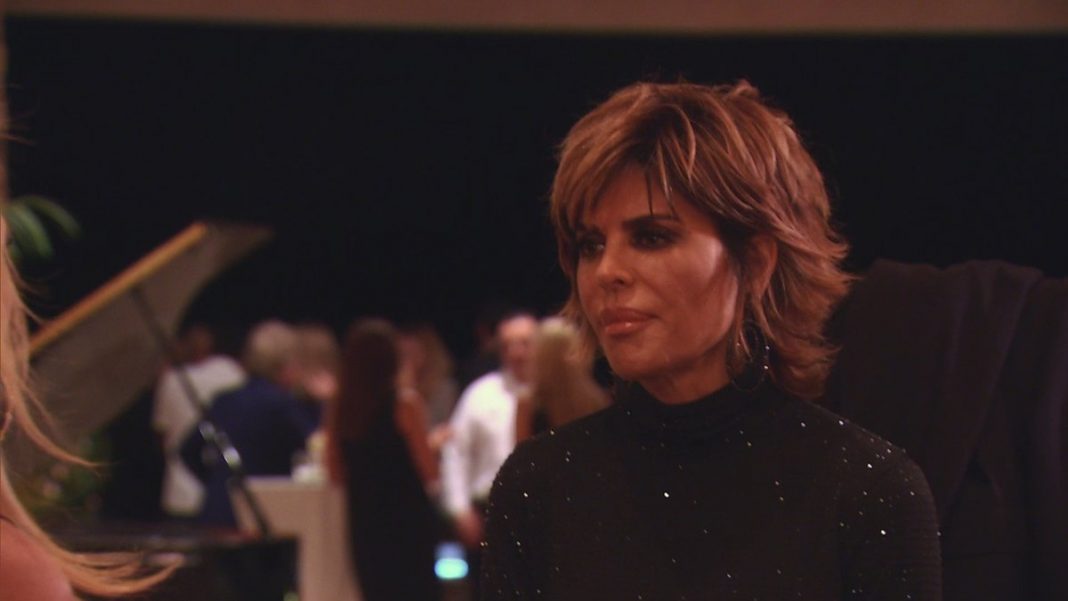 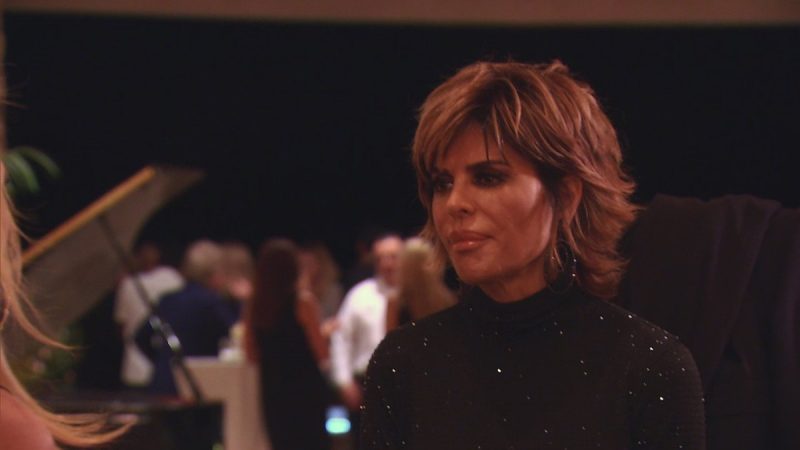 In the finale episode of season 6 of The Real Housewives of Beverly Hills “Who Do You Believe?” the ladies have a chance to resolve some of the tension that has been building up season-long while at Kyle’s desert home party. In addition, viewers get a more in-depth look into the demise of Yolanda’s marriage with David Foster.

The episode opens up with all of the ladies getting settled in, as they all are back home from their girls’ trip to Dubai. Right away Kyle Richards is seen at her other home in Palm Springs. She goes on to reveal that she has been planning a party for quite some time, and she is just finishing up all of the required preparations.

Meanwhile, Erika is seen catching up with Yolanda Foster and telling her all of the juicy gossip from the Dubai trip. After briefly explaining how beautiful the country is, Erika dives right in and talks about how Lisa Rinna was accusing Lisa Vanderpump of being the one who truly started the whole Munchausen scandal. Erika admits that she is finding herself more on Rinna’s side, which prompts Yolanda to think more skeptically about the whole situation. In confessional, Yolanda points out that all of the major drama between the cast mates over the past few years has seemingly had one common link: Lisa Vanderpump.

Inevitably, the night of Kyle’s Palm Springs party arrives, and she is seen warning her other guests – including Faye Resnick – about the possible drama that might arise once the other housewives begin mingling. Kyle’s friend then brings up the fact that Lisa Rinna doesn’t know that her sister, Kim, is also attending the event. Unfortunately, Lisa and Kim have a pretty bitter past. However, Kyle bluntly exclaims that the two of them are going to have to figure it out between themselves.

Soon after, all of the other housewives arrive at Kyle’s place and immediately Lisa Rinna guns for Yolanda, as she desperately wants to talk about the happenings in Dubai. Right off the bat, Lisa offers a sincere apology to Yolanda, as she claims she now knows that it wasn’t her to blame for all the manipulation. She then goes on to explain that Lisa V. has truly been the powerhouse behind all of the rumors and skepticism regarding Yolanda’s disease.

Before Yolanda forgives Lisa R. and completely jumps on board with her side of the story, Yolanda approaches Lisa V. Of course Lisa completely denies having any involvement in the whole Munchausen situation and calls “bulls***” on basically everything Lisa R. previously claimed. She then pulls Kyle over and gets her to back up her story – which she does, of course.

In an attempt to get the whole situation sorted out once and for all, Yolanda slowly gathers all the women in the living room. However, before any discussion gets going, Kim interrupts and asks to talk one-on-one with Lisa R.

Kim tells Lisa R. that she heard that she was upset that Yolanda had hung out with her and Brandi. Lisa responds that it’s her own personal feelings, and she doesn’t feel comfortable expressing them to Kim at this time. She then adds a subtle line about Kim dealing with “other issues,” which sets Kim off. Kim exclaims that Lisa has no idea what she has been going through and has no right to call it “complicated.” Lisa continues to leave the conversation by telling Kim she hopes she “gets better.” Unfortunately, this further enrages Kim, as she clearly doesn’t like to be confronted about her past issues (substance abuse) – especially when it is coming from Lisa R. Ultimately, their confrontation ends up making their damaged relationship even worse, as the two ladies walk away completely at odds.

Surprisingly Yolanda’s sit down will all the ladies never takes place, as the night comes to an end. 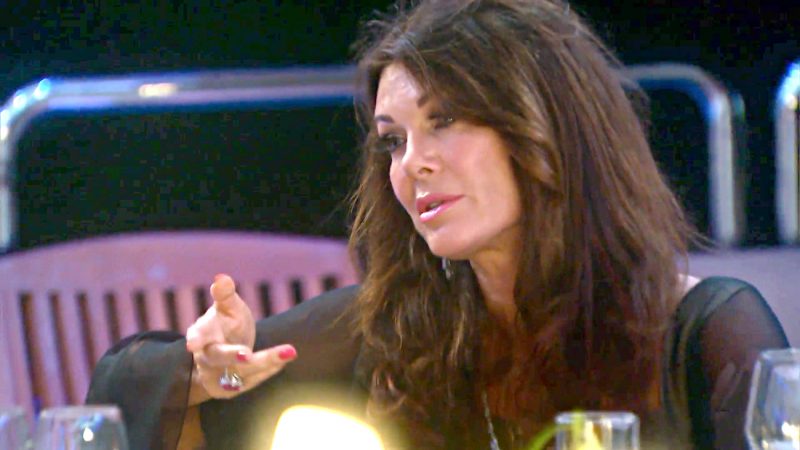 The show then fast forwards two months and showcases Lisa V., Kyle and Kathryn sitting down, as they discuss a recent revelation. At this point in the show’s timeline, the fellow housewives have evidently just heard the news of Yolanda and David’s divorce. Kathryn suggests that David’s need to always be doing something and on the go played a role in their decision to separate – especially considering Yolanda has been fairly bedridden since being diagnosed with Lyme’s. Lisa V., who is clearly shocked by the news, says that she believes Yolanda was blindsided, simply based on all of the love and adoration she has expressed towards David over the years.

Meanwhile, Yolanda is seen opening up to Erika. She compares her divorce to being like a “death.” However, she candidly admits that she has some serious trust issues with David and she no longer is feeling happy with him. Emotional, Yolanda goes on to tell Erika that she is positive her best days are still ahead.

Over on the other side of town, Eileen meets up with Lisa R. for lunch. They discuss Yolanda’s divorce and Lisa R. says that she thinks Yolanda is going to get better “real quick” now that her marital issues are getting (in a way) resolved. Evidently Lisa R. is still convinced that Yolanda’s illness is not just a virus and rather partially due to some other factors in her personal life.

To end off the season, the show gives a little glimpse into where the housewives ventured off after filming. Some of the highlights of this reel include: Kyle beginning the filming of a scripted TV pilot based on her childhood, Lisa V. opening up yet another restaurant in West Hollywood and Yolanda hoping to mend her friendship with David – despite the demise of their marriage.

You can catch more drama from the RHOBH when their reunion airs next Tuesday, April 19 on Bravo.