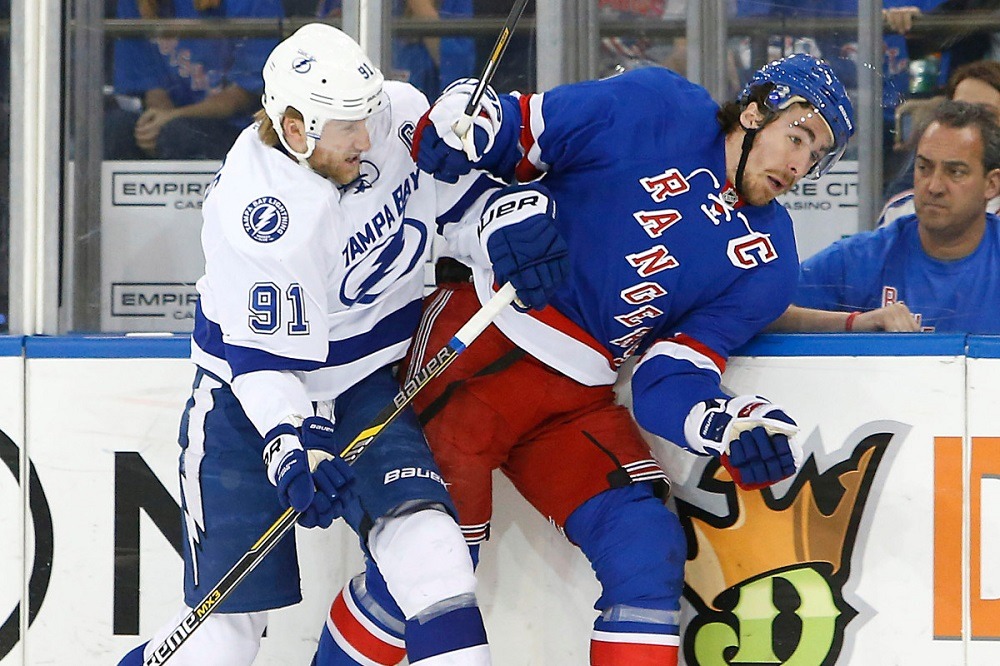 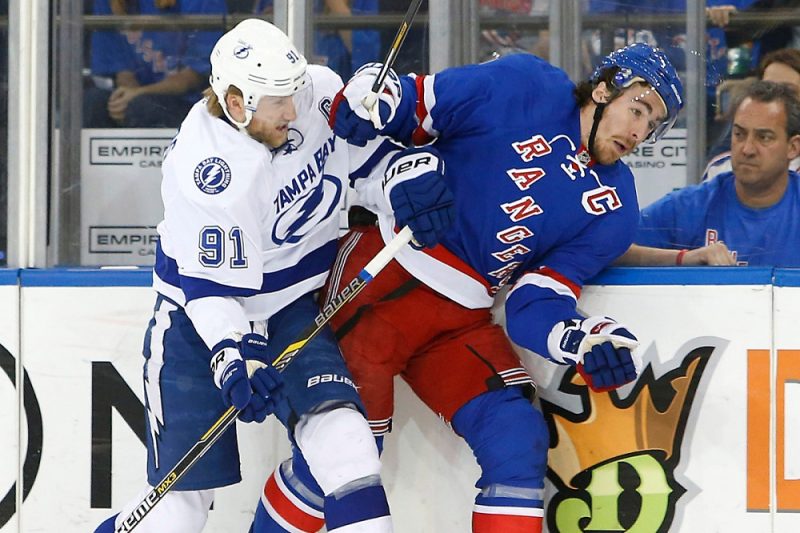 It’s bad enough when one of your top players is out due to an injury, but now the Tampa Bay Lightning are contending with losing two players with Steven Stamkos and Anton Stralman out. The Lightning isn’t the only team suffering from injuries, but the Lightning can see the writing on the wall when it comes to the 2016 Stanley Cup playoffs.

The defending Eastern Conference Tampa Bay Lightning are a lot more uneasy going into the playoffs than they were a year ago. Not having Steven Stamkos and Anton Stralman can do that.

“The injuries, that’s probably the biggest difference,” defenseman Matt Carle said. “We were relatively healthy rolling into the playoffs last year. It’s a different feel this time around.”

Tampa Bay is far from the only team feeling the pain. The Pittsburgh Penguins start the playoffs without star center Evgeni Malkin, and the New York Rangers won’t have defenseman Ryan McDonagh right away. In the Western Conference, the Dallas Stars don’t know what they will get from center Tyler Seguin in his return from an Achilles injury, and the Chicago Blackhawks are hoping for the best as goaltender Corey Crawford comes back from a concussion.

High-profile injuries to almost every team have muddled the landscape and made the 2016 Stanley Cup playoffs even harder to figure out than usual.

“There are so many things that we don’t know about,” former coach and NBC Sports analyst Mike Milbury said Tuesday. “We really don’t know how to measure a lot of what could be serious minuses to certain lineups.”

The New York Islanders are a far more formidable force if defenseman Travis Hamonic is back, even if they are still without goaltender Jaroslav Halak. The Penguins could be Stanley Cup contenders if starting goalie Marc-Andre Fleury is 100 percent after his latest concussion.

Injury questions extend to the Los Angeles Kings with defenseman Alec Martinez and winger Marian Gaborik, and to the Anaheim Ducks with winger David Perron out with a shoulder injury.

“You’ve got to play hard to get into the playoffs and everything else, but that ability to get hurt, it’s always there,” Ducks coach Bruce Boudreau said. “And it seems the harder you play, the more guys that are going to get hurt. But you can’t worry about it. It’s like crossing the road. You might get hit by a car, but I’m still going to cross the road.”

The final month of the season brought more than a handful of notable maladies, from Stamkos’ blood clot and Stralman’s broken fibula to Minnesota Wild forward Zach Parise’s undisclosed injury. Tampa Bay was hit hardest, even though big defenseman Victor Hedman and tough winger Ryan Callahan are expected to be good to go for Game 1 against the Detroit Red Wings on Wednesday.

“You have to rally around it,” Lightning coach Jon Cooper said. “We are not the only team that gets hurt. It is magnified because of the star power behind the players and the timing, but if we can win a round, who knows?”

The Penguins rallied around injuries to Malkin, Fleury and defenseman Olli Maatta to win 13 of 15 to finish the regular season. Veteran center Matt Cullen and others have stepped up, something captain Sidney Crosby believes will only make Pittsburgh better in the playoffs.

“You build confidence from that,” Crosby said. “As far as understanding roles and that sort of thing, that goes a long way, too. Guys are playing in different positions, and they’re able to have success in different areas. That’s a positive thing, and hopefully, that’s something that will help us.”

Being healthy should help the Presidents’ Trophy-winning Washington Capitals, who will have their full lineup for Game 1 against the Philadelphia Flyers on Thursday. Versatile defensive center Jay Beagle skated Tuesday and showed no ill effects from taking a puck to the foot Saturday, resolving the Capitals’ lone question mark.

Coach Barry Trotz said he probably has never had a team quite this healthy going into the playoffs.

“I’m sure some guys — just like every team going in there — is not 100 percent healthy, but I think (we are) as healthy and ready to go (as possible),” Trotz said. “In terms of anticipating the playoffs, this is pretty close to where we want to be.”

Most of the other 15 teams in the playoffs would love to be so fortunate. The next-best option is making the most of the bumps and bruises.

“Every team deals with it,” the Lightning’s Carle said. “It’s how you approach things. Everyone is going to get more minutes. You have to take advantage of it. You’ll be put in situations you wouldn’t typically be in, you’ve got try to run with it and enjoy it.”