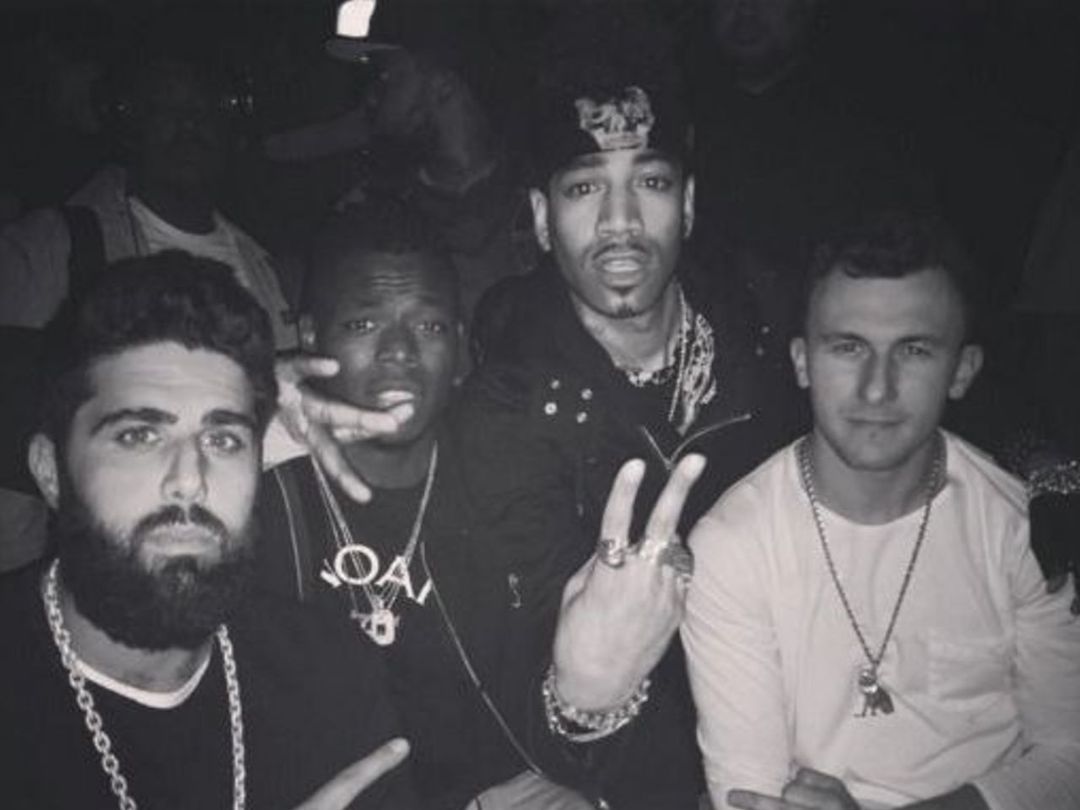 As it turns out, free agent quarterback Johnny Manziel isn’t living with Super Bowl MVP Von Miller, but he is living with another ex-teammate—Cleveland Browns suspended wide receiver Josh Gordon.

Talk about a match made in heaven.

I don’t know whose worse for who. Gordon is trying to show the NFL that he has changed and kicked his drug problem after a year-long suspension which cost him the entire 2015 season, and associating with Manziel’s partying and off-field issues seems like the last thing he should be doing. And for Manziel, who is still looking for a new team after being cut by the Cleveland Browns, should be staying far away from Gordon, who has a knack for getting suspended.

In fact, Gordon just may find himself suspended a little longer after failing yet another drug test in March. Gordon’s sample tested positive for small traces of marijuana as well as dilute—usually an indication that the person taking the drug test drank an unusually large amount of water prior to the test in an effort to distort the results.

What a mess. So now Roger Goodell will be decided if Gordon is worthy of an NFL return and if Manziel should be disciplined for the incident with his girlfriend.

“We’re very limited in terms of what we can do with communication and contact with Josh,” said Browns VP of football operations Sashi Brown at the NFL scouting combine in February when asked if the receiver will still have a roster spot upon his return. “Josh, we know, is working out and, by all signs, he’s on the path to come back and be reinstated. It’s a process that the team is not involved with. We will leave that, and I will not comment on that, but Josh is a tremendously talented young man.”

Gordon led the NFL in receiving yards with 1,646 in 2013, but he has only played in five games since then.

So after another failed drug test, we’ll put the Browns down for a maybe.