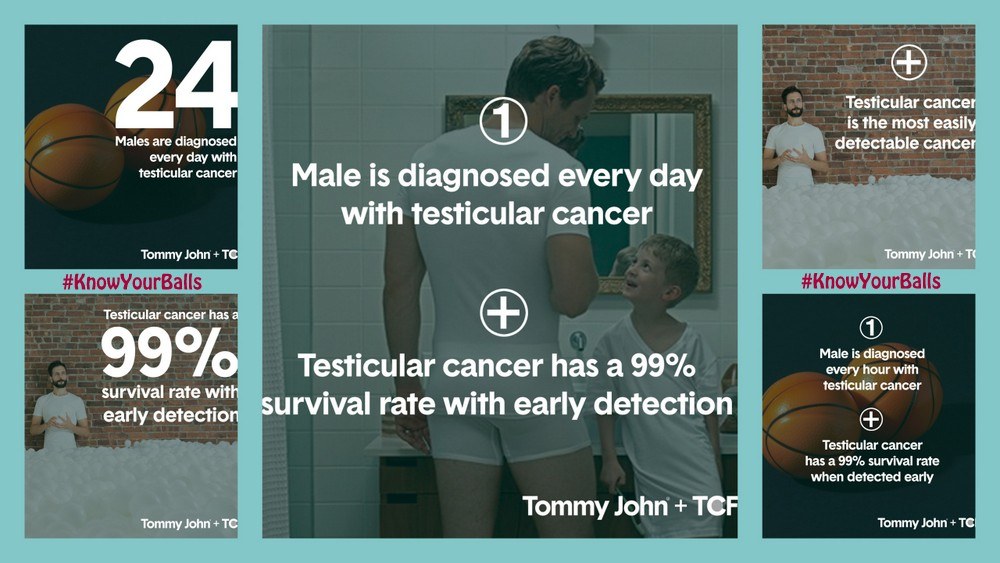 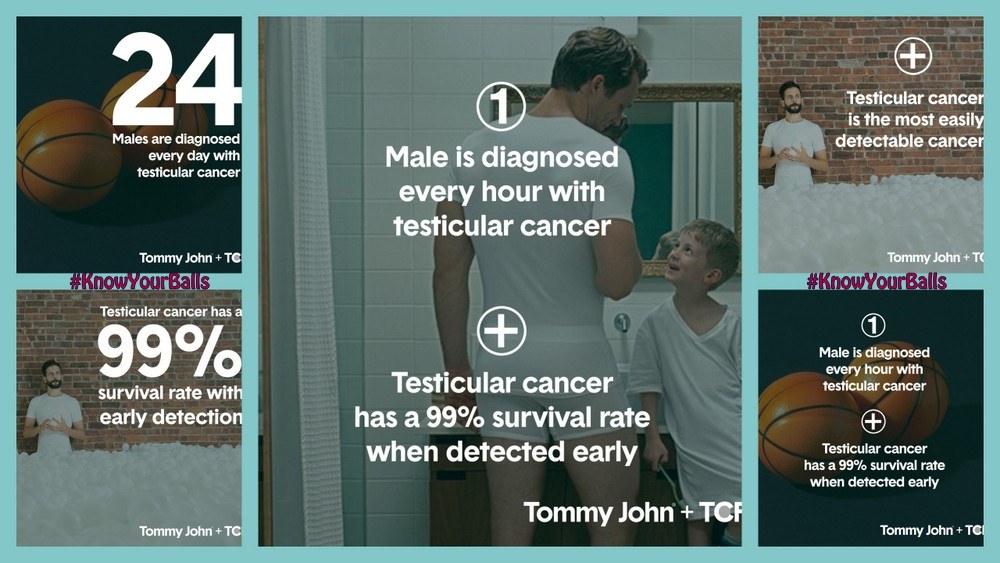 Quick question fellas. Who among us does not need a good ass kicking every now and then? A wake-up call of sorts.

We may not like to admit it, but we do need a shove in the right direction on occasion. I’m not into shoving, but I am willing to do some nudging when it comes to staying healthy. So to help out with Testicular Awareness Month, here’s a nudge for all my brethren out there who are pretty attached to their balls. Check that….really attached!

That would include myself.

Cancer is a scary word. Every single one of us has had someone close to us fight this terrible disease. If you and yours have been untouched by cancer, then you should be betting large sums of cash on DraftKings weekly, before that luck runs out.

So if cancer is scary, what level of fear is brought on by nut cancer (sorry for the fancy medical jargon)? It strikes sheer terror in even the toughest of men. Guys don’t even want to think about their boys down below getting caught up in a cancerous dogfight.

Not wanting to think about such a brawl leads to ignoring the possible problem altogether. That’s a big issue, especially with this form of cancer.

Why’s that? Mainly because this form of cancer is a little punk, with an awful win / loss record. Testicular Cancer gets its ass whipped on a regular basis. 99% of the time in fact….as long as it’s caught in the early stages.

Nut cancer is a lot like the bully in your middle school. Fat Freddy was pretty tough as long as he was unopposed. He seemed pretty formidable, ripping your ice cream money with basic intimidation.

Over time, Fat Freddy’s reputation grew, and he was able to run roughshod over the entire middle school. Nobody was doing anything about the bully, so he just got worse and worse.

Then one day Freddy messed with the new kid who wasn’t into ignoring the alleged bad-ass. Long story short, the bully gets punched in the throat, leading to a nasty beat-down that leaves Freddy face down in the hallway. Intimidation factor gone and Freddy exposed as a joke, getting glossed Fat Freddy for the rest of his school days.

How many kids would’ve avoided being hurt by the bully if he was dealt with from the start?

Testicular Cancer is no joke if allowed to run amuck, especially for you young bucks 15 – 35 years old. You’re most susceptible.

Quite ironic since you guys should be putting in the most work with your vital equipment. We old guys could probably get by on some reasonably priced prosthetic ball replacement at the veterinary hospital if the worst happened. But you young players should be busy making the ladies happy and maybe even repopulating the planet when you reach grown man status.

Leaving the club with a hottie only to have her later repulsed at the sight of your discounted Rottweiler nut implants could be a big ego hit.

(If Rottweiler nut implants sound cool….you should continue reading this only after sobering up)

The good news is you don’t have to face such shame. As long as you’re willing to punch this cancerous bully in the neck before it builds itself up like Fat Freddy. All you have to do is check yourself out. It’s fast and simple.

Hopefully this gentle nudge to get you to protect your package has worked. If so that should notch another loss for nut cancer, dragging its win percentage down there with the Washington Generals.

Fighting cancer of any kind is much easier if you know you’re actually in a fight. The main strength of Testicular Cancer is being unnoticed so the disease can catch you with a sucker punch after it gets stronger. 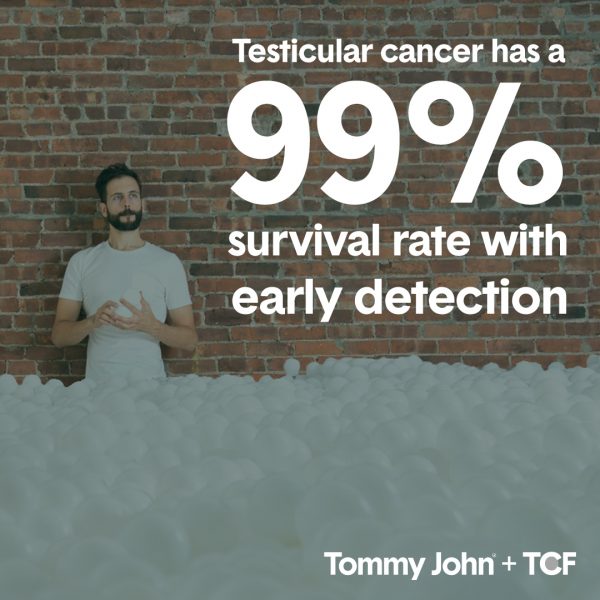 Don’t be afraid to check and see if you are indeed in a fight. Like right now….

Getting a kick in the ass today as a wake-up call is much better than getting hit in the balls by cancer down the road. 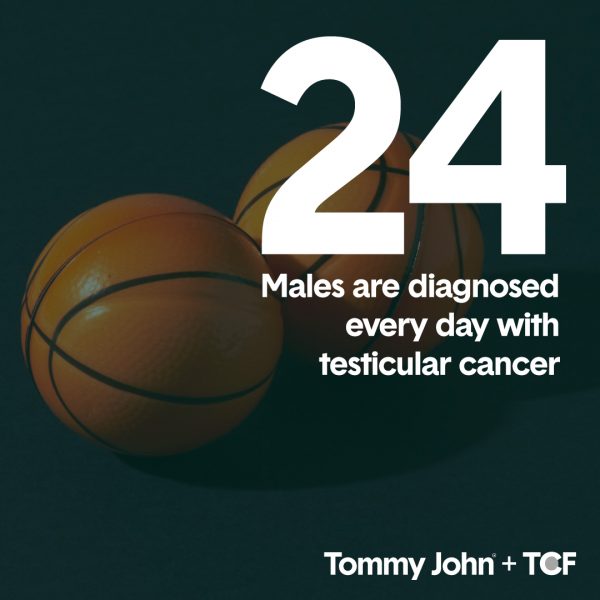 What’s In It For You?

We’ll even give you more incentive to check those twins out. We’ve teamed up with Tommy John Underwear so you can get a chance to win a $25 credit just using Instagram. Click on their link and you can see how sweet their underwear is, but also help save a friend’s life or at least show them how much you care and want them to stay around a long time. 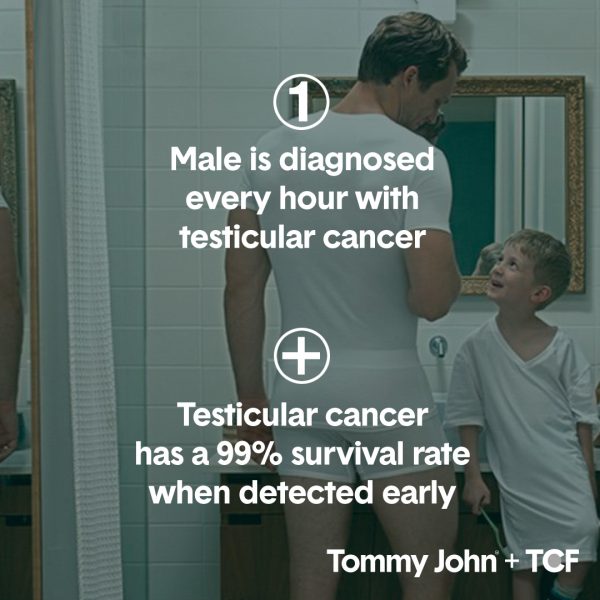 It’s real simple to enter too: Share a testicular cancer info card (any of the one in this article; just right click and hit download or ‘save as’) on Instagram using #KnowYourBalls, and tag someone who could benefit from the knowledge. Follow @TommyJohnWear and @TesticularCancerFoundation 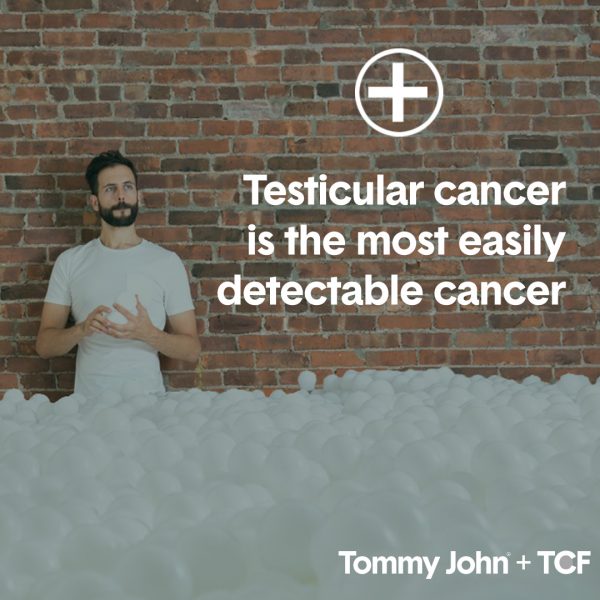 Now you can feel good and look good with your newfound knowledge and a spanking new pair of Tommy Johns. Plus it could be a great ice breaker at the club or bar handing one to a guy you’re into and mentioning you could easily lend a hand or two…