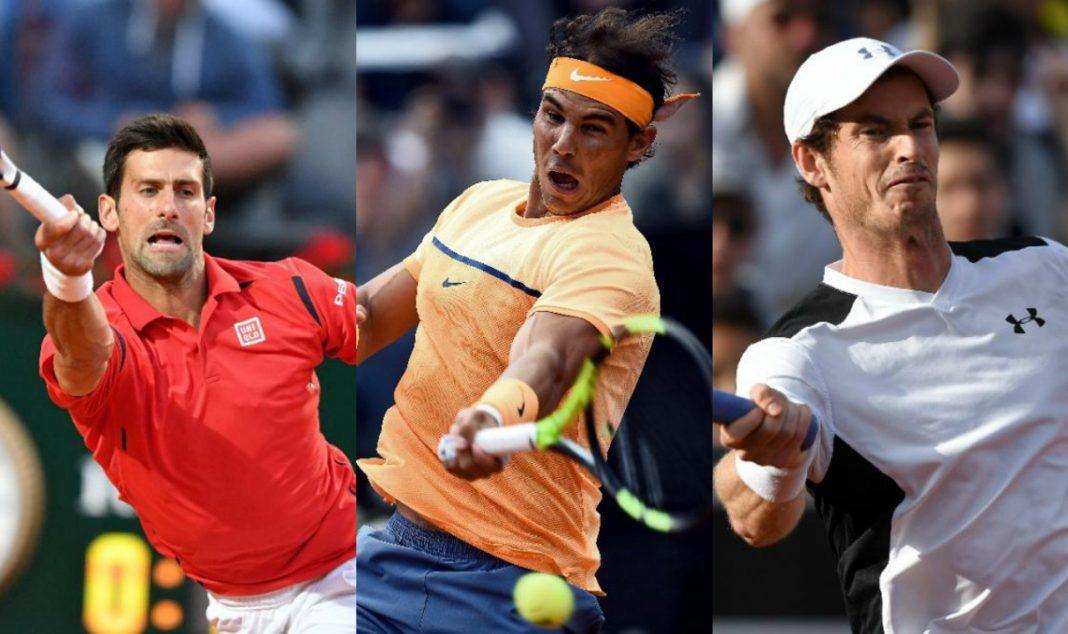 Andy Murray fell in the 2017 Madrid Masters draw on Thursday, losing to upstart Borna Coric. The young Croatian did win his first career title on clay a short time ago, surviving the 250-level draw in Marrakech. Accordingly, Coric certainly seems to be making some gains on tour at this point in his career, and a victory over the World No. 1 will surely improve his confidence. But Murray, on the other hand, looks like he is in danger of losing a fair amount of ranking points in the next two months. The World No. 1 ranking may yet be on the line over the course of the remaining clay-court season and the short grass-court season on the ATP Tour.

The Scot has a title defense coming up at the 2017 Rome Masters. The event was a unique one for him in 2016 as it still represents the only clay-court Masters Series title of his career. Furthermore, Murray made the 2016 French Open final for the first time in his career in 2016. That leaves him 2200 ranking points to defend for the balance of the clay-court season.

But based on his recent and even extended form, the Scot appears unlikely to duplicate his Rome Masters run or his run to the Roland Garros final. In fact, with such an extended and slow start to the 2017 season, that has included a shock exit in the fourth round of Melbourne Park, Murray might even be regarded as questionable to do all that well at Wimbledon when the event starts several weeks from now. When his titles from both the All England Club and London’s Queen’s Club are factored in, Murray has a whopping 4700 ranking points to defend before July 10th.

His World No. 1 ranking is not really at stake in the immediate future as he holds a very comfortable lead over World No. 2 Novak Djokovic. Furthermore, Djokovic himself is not playing particularly well in 2017. However, despite his slump, the Serb is hardly washed up, and fans will know better than to discount him in any draw that he enters.

But, while I think Murray will remain No. 1 over the clay-court season, there could be a battle for top spot brewing at Wimbledon. That was an event that Djokovic did poorly in last season, losing in the early rounds to Sam Querrey. If Djokovic finds his best tennis before the start of play at the All England Club, then he stands to gain a lot of points where Murray, last year’s champion, could lose a lot.

Furthermore, Roger Federer could actually get back into the picture for the top spot on tour. That’s hard to talk about now when glancing at the rankings, as Murray holds a huge 6145-point lead over the Swiss Maestro. But if Murray keeps turning in losses before getting to the business end of the big draws then he could lose tons of ranking points very soon. For instance, round-of-16 exits in both Rome and Roland Garros would see him lose 1930 ranking points before the grass-court season starts. Keeping in mind that grass is Federer’s best surface he could surge if he returns to active play in good form.

However, with Federer, a lot will depend on his 2017 French Open result. With enough talk that he might not even play, his chance to get back to No. 1 is idle chatter.

At the moment, the most credible threat to Murray’s No. 1 ranking is certainly Rafael Nadal. The Spaniard is into the final of ATP Madrid where he will face Dominic Thiem of Austria. That should be a victory for Nadal, one that will consolidate his start to the 2017 season. Including Madrid, Nadal is the top player when it comes to year-to-date rankings. Federer, due to his idle stretch, has been relegated to 2nd while Thiem is the third-best player on tour to date.

Nadal did not have a good French Open in 2017 as he went out in the early rounds with injury. Furthermore, he missed Wimbledon last year. That means that he stands to gain a ton of ranking points in the upcoming two majors. In fact, if Nadal stays healthy then it is difficult to not picture him as the top-ranked player come mid-July. He just has way too much to gain in the upcoming months while Murray and Djokovic have Grand Slam titles to defend.

However, right now the World No. 1 ranking is actually still on Murray’s racket. At this point, the other players can’t seize top spot with their own efforts: they also need Murray to fall early in some draws. But with an exit to Coric in Madrid following up a lot of other losses this season, that’s not hard to imagine. Nadal is very likely to be No. 1 in two month’s time, and certainly, he’s the favorite for the year-end No. 1 ranking as well.