Home All News Sports Deshaun Watson back to basics with Texans 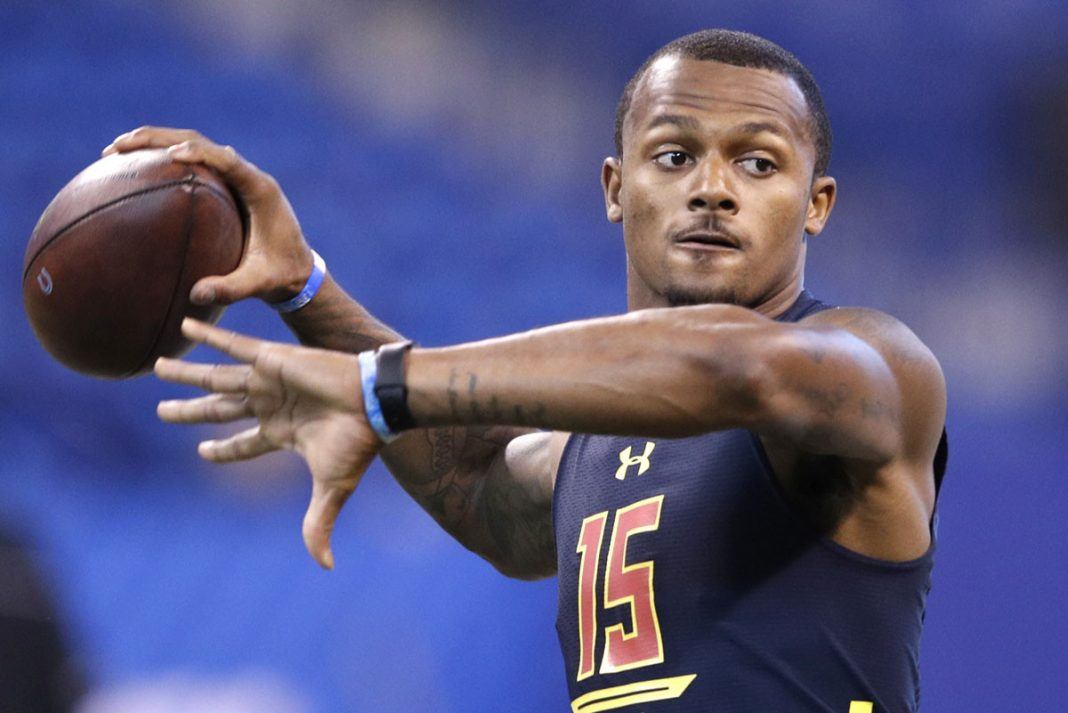 His slide stopped at No. 12 when the Houston Texans traded up to pick the National Champion. A great selection of a QB with a newfound chip on his shoulder for a team that desperately needs some help under center.

So, now that Watson has signed his four-year, $13.85 million rookie contract, it’s time to get to work. With the legal stuff out of the way, Watson will be ready for rookie minicamp come Friday. Being a quarterback requires more knowledge than anything, however, and head coach Bill O’Brien is starting Watson out with the essentials of the position.

Before you learn to run, you need to learn to walk. And before you learn to walk you need to crawl. And while teaching the first-round draft pick how to huddle up may seem like a silly waste of precious time, the Texans system is much different than anything Watson has played in before. And if goes anywhere else during his NFL career, they’ll most likely do the same thing all over again.

“Then it goes to how we call a play,” continued O’Brien. “What’s the verbiage of a play call? Obviously, our verbiage is a lot different than what he had at Clemson, and that’s the same for every rookie that is here relative to their college. It’s like learning a new language. That’s the way that I describe it to people that aren’t coaches and players. It’s learning a new language. It’s having to repeat it over and over again and then understand what it means, what each part of the play means to everybody in the huddle, and then it’s what is the read of this play? Where are we directing this run? What type of defense are they in? I mean, it’s just like on and on and on.”

There’s a lot that goes into a single football play. Each “Omaha” and “Blue 42” the quarterback calls means something, and, in most cases, the same call can mean a number of different things in different formations, personal packages, quarters, or even sides of the field. It is, indeed, a foreign language.

“It’s a whole different terminology,” said Watson. “It’s like learning Spanish if you don’t know Spanish. You have to flip everything you learned before and turn a page and learn something brand new and make sure you are on the same page with not just the coaches, but your teammates. Telling everyone what to do and doing things that I haven’t done before. It’s going to take time, and I’m going to continue to improve each and every day.” 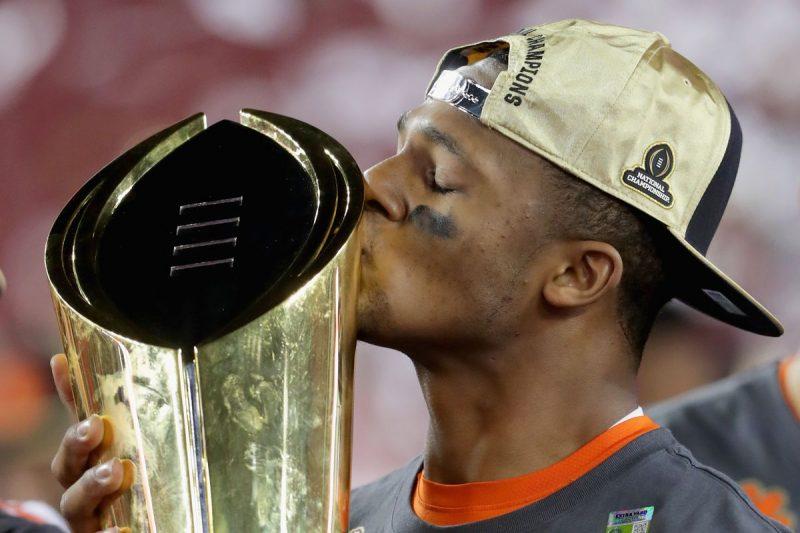 Interestingly enough, Watson is not the starter. That privilege, at least for now, belongs to Tom Savage. Watson does, however, have the opportunity to earn that role—a fact he is very well aware of.

“I don’t have to say that to Deshaun Watson,” said O’Brien. “He’s a very competitive guy. I mean, look what he did in college. The guy has only lost five or six games since he started playing high school football as a starting quarterback. So, I want everybody to compete. When you’re in this environment—I always say this to some of the guys—if you followed us around for a week, I’m telling you right now it’s probably one of the most competitive environments. I’d speak for any NFL team. NFL football is just an extremely competitive environment. Every minute of the day when they walk in the building here, it’s a competition. Whether it’s in a meeting, obviously, or it’s in a walk-through or a jog-through or out at practice, it’s all about competition. I don’t think I need to say that to anybody in here.”

Watson didn’t come cheap for the Texans. In order to acquire the 12th overall pick from the Cleveland Browns, Houston had to give up their 25th overall pick this season and their first-round selection in 2018 to grab the Clemson quarterback. So, while O’Brien claims to be loyal to Savage for the time being, I have a hard time believing that Watson won’t be under center come Week One.

Considering the Browns also took over Brock Osweiler’s contract in exchange for a second-round pick, if the whole Watson thing works out, the Browns may have single-handedly solved the Texans QB issues. Too bad they can’t fix their own.