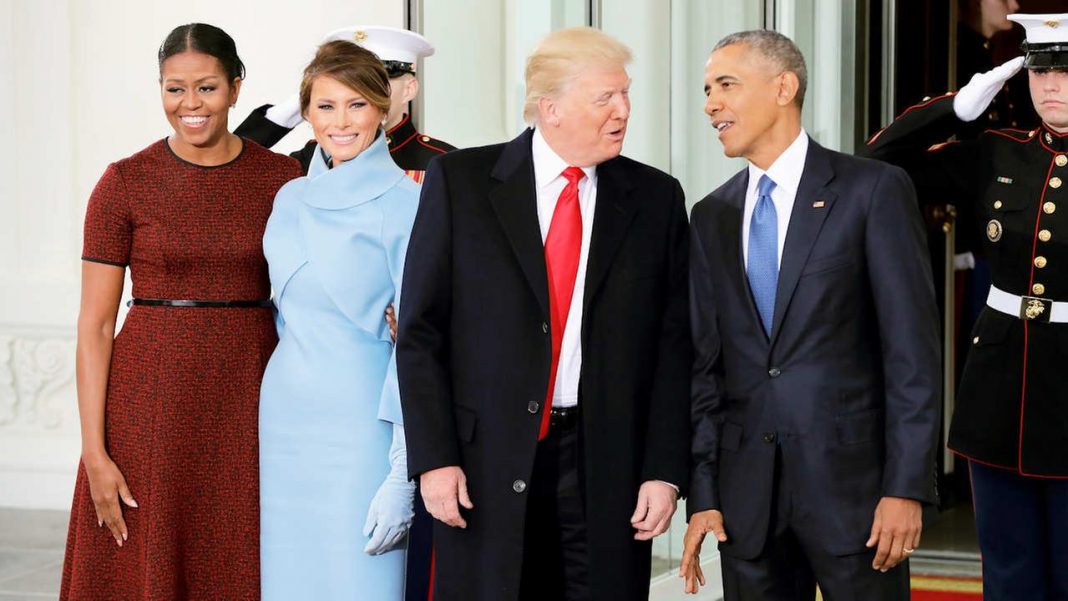 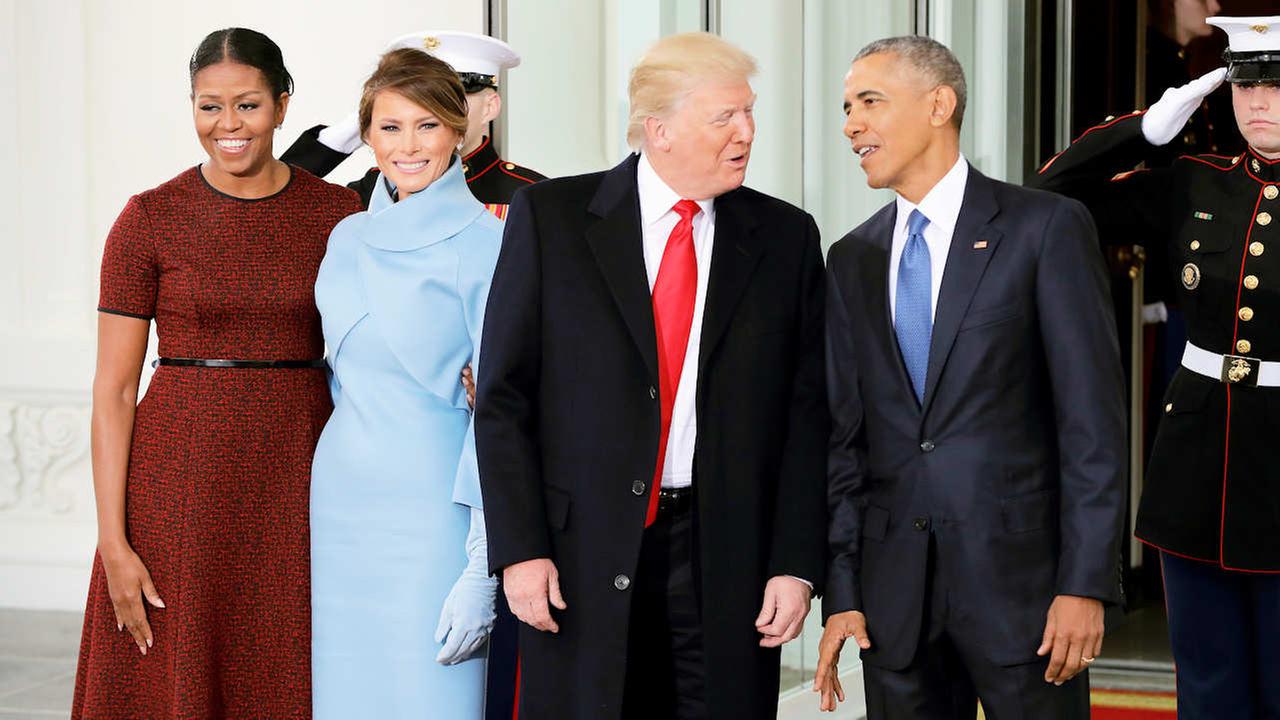 It is a solemn day in America for many people. After months of trying to come to terms with the inevitable, the moment that I and others hoped would somehow not happen has happened- Donald Trump is officially the president of the United States of America.

As I watched the inaugural activities this morning, I was anxious to see what was going to take place. How would people react, what would the crowd look like, what is Michelle Obama wearing? These were all pretty high on my list of interests on this historic day. As the ceremony actually started, the most appropriate word to use as things unfolded is eerie. Trump’s full speech transcript is here along with his misuse of facts breakdown.

Everything is still unbelievable to me. No matter how many times I replay it all in my head or try to wrap my mind around this reality, President Donald Trump will never sound right to me. And even though he clearly tried to be as dignified as possible, the new Commander-in-Chief could not help but spew his damaging rhetoric during an inaugural speech that CNN commentators called radical. I personally prefer the term hostile.

The same Trump we have seen on the presidential trail this last year and a half is the same Trump that showed up this morning during his first official address to the American people. He did not give any signs of hope for ALL in his talk. No, what he did was repeat the white supremacist dog whistling dogma that got him elected. You know, the “Make America great again by building a wall and returning jobs to the hard working, voiceless people of this country who have been forgotten by big Washington D.C. politicians” bull crap. Excuse my nativity, but I was under the impression that the first words out of the mouth of a newly elected president should inspire healing, joy and excitement. Not fear, mongering and shade.

Donald Trump made a lot of promises in his speech and quite frankly, they all sound good. He vehemently insisted that he will unbiasedly and with great purpose lead the people to a better and brighter future. But those comments coming from an elitist like him, to me, really means that what he has in store only serves the interests of people like him. How are you all of a sudden going to start acting differently when your pattern of behavior is in direct contrast to the things that you maintain you will do; to how you say you will act? 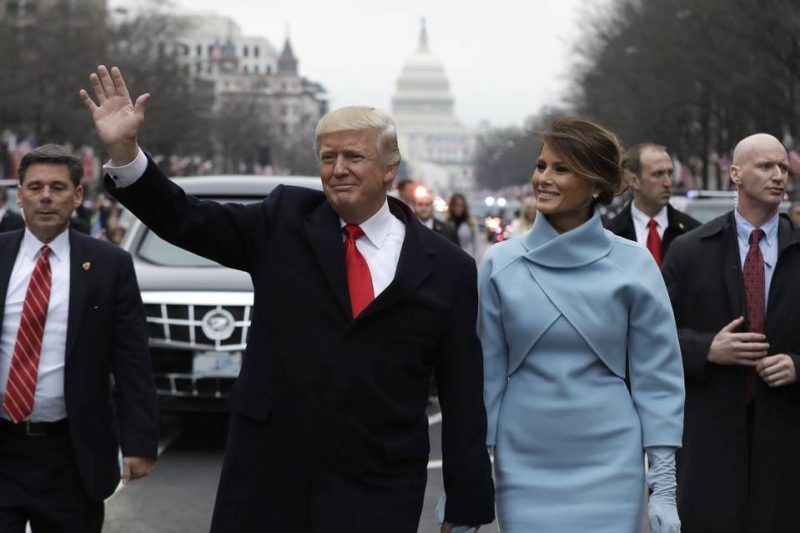 One of the driving forces for Trump and, in my opinion, stands as the major reason he got elected, is this notion that America is broken. And it is that sentiment that he continues to communicate every chance he gets. During his speech, he said,

“This American carnage stops right here and stops right now… We assembled here today are issuing a new decree to be heard in every city, and in every foreign capital and in every hall of power. From this day forward, a new vision will govern our land, from this day forward it’s going to be only ‘America first! America first!’ A new national pride will stir out souls, lift our sights and heal our divisions.”

What he did from the beginning and continues to do is actually the greatest act of inception when you really think about it. He put into the minds of people that in America, there exists a problem so debilitating that if left untreated, it will destroy us. That’s a powerful message that people took ownership of and have now become obsessed with. It’s a dangerously effective tactic that has yet to fail him.

I saw a lot of things during Trump’s time in front of the cameras today that I consider alarming. From him raising his fists like a boxer who just won the heavyweight championship to him raising his right arm in a “hail Hitler” that quickly turned into a wave (yea I caught that), the subtleties of his mannerisms further incite my suspicions about his real plans for this country. 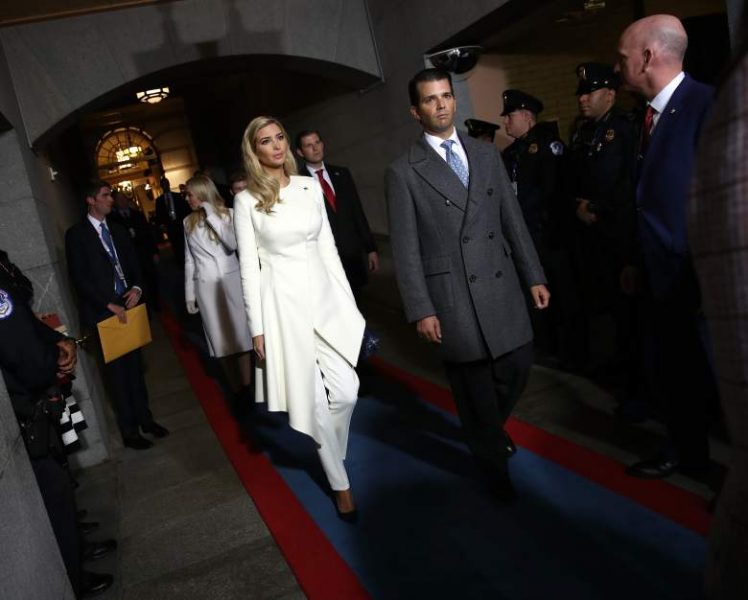 When it comes down to it, the inauguration of Donald Trump left a lot to be desired; not that I expected anything of substance anyway. The performances were boring, subpar and white. The audience was not representative of America and everyone, from President Obama to Hillary Clinton, clearly were just going through the motions. Literally, the highlight of the whole damn thing was Malania Trump’s powder blue Ralph Lauren Jackie O dress (classic), and Ivanka Trump’s Olivia Pope inspired Oscar De La Renta white pantsuit (flawless). Ultimately, he missed yet another opportunity to be a great unifier of a country divided. 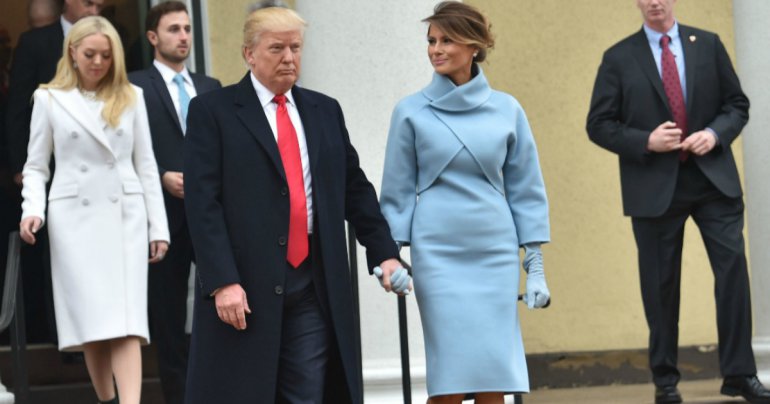 It’s the first day of office for Donald Trump, and as much as he has been in our faces for nearly the past two years, I have yet to see anything from him that warrants the letting down of my guards.

They will remain all the way up.