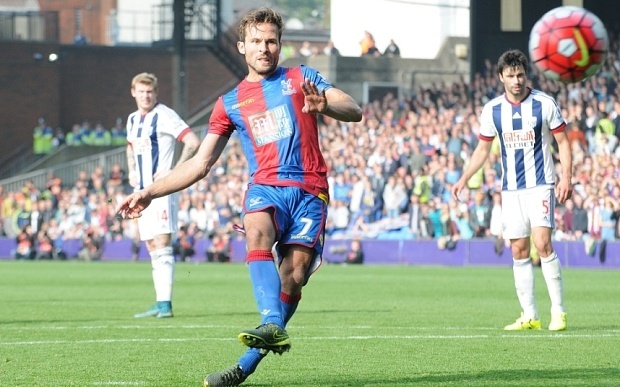 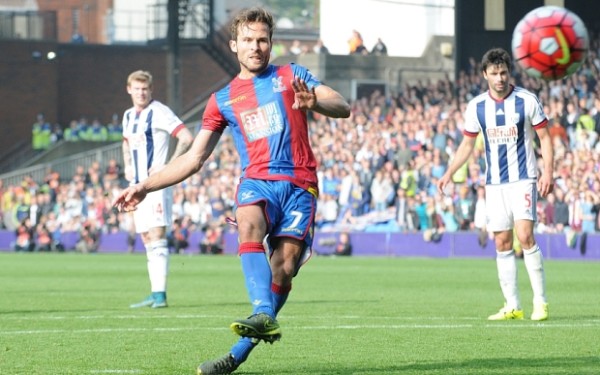 The eighth round of the Premier League 2015/16 season started with West Bromwich Albion’s visit to Selhurst Park, where Tony Pulis was pitted against his former team, Crystal Palace. It didn’t prove to be good visit for the Baggies as they succumbed to a 2-0 loss against the Eagles, for whom Yohan Cabaye ran the show from midfield. The win has raised Alan Pardew’s men to fourth place in the standings.

In a battle of the Premier League newbies, Bournemouth were held to a 1-1 draw by Watford, which has put the former in 15th while the latter are 12th in the table.

Stoke City were 1-0 winners at Villa Park against Aston Villa. The loss was sixth in the last seven outings for Tim Sherwood’s men and the reverse has increased the pressure on the former Tottenham Hotspur boss as he attempts to hang on to his managerial position at the club.

Newcastle United took a surprise lead at the Etihad Stadium against Manchester City, but they wouldn’t have anticipated the storm that was to hit them. Sergio Aguero gave a breathtaking display of forward play as he netted five goals in a span of 30 minutes and Kevin De Bruyne struck the other goal for the Citizens as they moved back to the top of the league standings with a sensational 6-1 win. Meanwhile, the Magpies are now bottom of the table and are still searching for their first win of the season having lost five and drawn the other three out of their first eight.

Jamie Vardy continued his heroics for Leicester City as they defeated Norwich City 2-1 at Carrow Road. The win moves Caludio Ranieri’s men to fifth, while the Canaries are now 13th in the table.

Sunderland went 2-0 up in a sensational start at the Stadium of Light against West Ham United, but were pegged back and had to contend with a solitary point as the Hammers fought back with a goal apiece from Carl Jenkinson and Dimitri Payet. The match proved to be Dick Advocaat’s last in charge of the Black Cats as he left the club later in the day.

In one of the shock results of the week, Southampton inflicted a crushing 3-1 defeat on reigning English champions Chelsea at Stamford Bridge. The hosts took the lead courtesy of a superlative free-kick from Willian, but were pegged back by a Steven Davis goal near the half time mark. Sadio Mane and Graziano Pelle grabbed one a piece in the second half to secure all three points for the Saints.

Everton held Liverpool to a 1-1 draw at Goodison Park in what turned out to be the death knell for the Reds’ boss Brendan Rodgers as he got the boot after more than three years at Anfield.

Arsenal were in scorching form at the Emirates Stadium as they struck three times within the first 20 minutes to inflict a 3-0 defeat on Manchester United.

Swansea City held Tottenham Hotspur to a 2-2 draw at the Liberty Stadium.