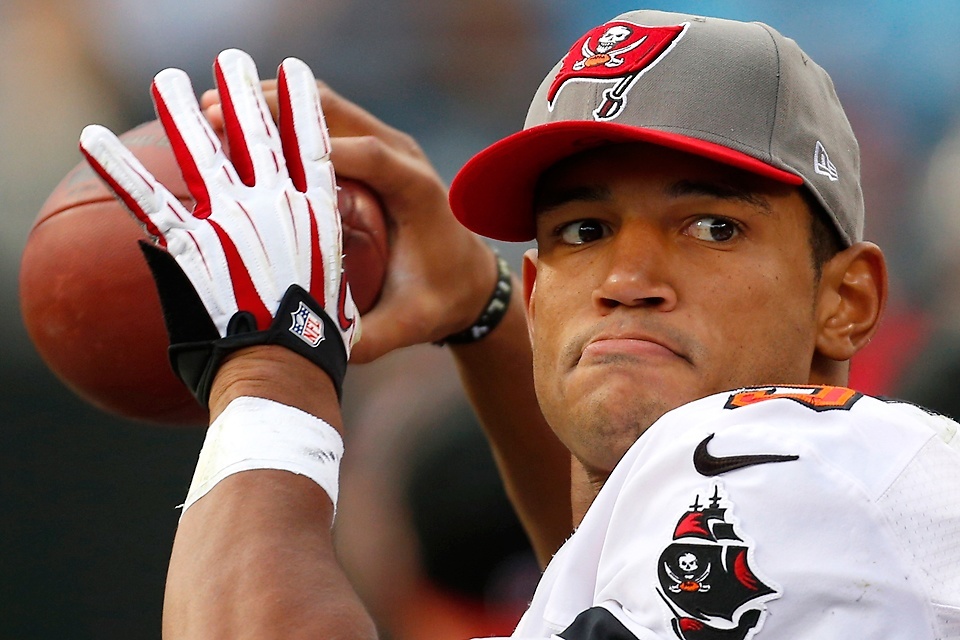 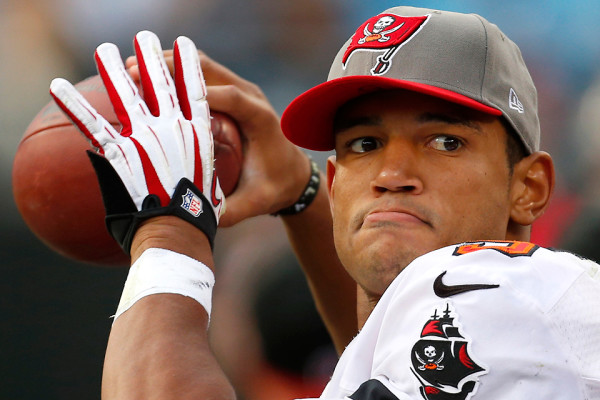 Former Tampa Bay Buccaneers starting quarterback and 2009 first round draft pick bust Josh Freeman made a great stride towards having no professional football career whatsoever on Friday after a not-so-hot debut with the Brooklyn Bolts of the FXFL.

Okay, pause. Let’s jog our memories on Josh Freeman first, and then I’ll explain to y’all what on earth the Fall Experimental Football League is.

The Kansas State product was picked by the Bucs in the first round back in 2009, and he started 57 games for them over his first four seasons with the team. Freeman’s numbers weren’t horrible—11,108 passing yards and 68 touchdowns between 2010 and 2012—but a concerning numbers of interceptions and ridiculous accuracy issues made it clear that Freeman was not the QB of the future in Tampa.

By 2013 the Bucs had had enough, and Freeman ended up with the Minnesota Vikings and three more starts in Tampa. One sad loss to the New York Giants later, Freeman would never start a game in the NFL again. The Miami Dolphins picked him up and cut him twice this offseason, but no more real pro action.

So, Freeman decided to take his talent (or lack thereof) to the FXFL, a “minor league” football organization with three teams. The league had its inaugural season last year, but it was so strapped for cash it had to cancel the championship game. It also had to disband the Omaha Mammoths, my personal favorite team.

“I just wanted to keep playing football in any capacity and continue to stay sharp,” Freeman said Thursday. “Stepping in the huddle and calling plays and that whole procedure and process, maintaining my routine that comes along with being in season, I think it gives me a better shot to perform at my highest level if a team does call me up.”

A good number of laughable players from football’s past have popped up here over time. Taj Boyd, Jordan Jefferson, people like that. But Freeman was the most embarrassing. Most of these players are trying to make it to the NFL. This guy was a starting quarterback on the professional level for years.

In the Bolts’ game against the Blacktips—described on the FXFL’s website as “a roving All-Star team” which has no set roster and plays no home games—Freeman finished 9-of-16 for 32 yards, a touchdown, an interception, and five fumbles. You know, the number after four.

Freeman refused to talk to reporters after the game, but Bolts head coach Terry Shea blamed the rainy weather for the performance.

“I’ve got to think that this was maybe just one of those nights where a perfect storm came together for him,” said Shea. “It really controlled him.”

Maybe the league can’t afford regular footballs and the ones they use are really slippery when wet. Yeah, that’s probably it.

Freeman needs to take a page from Tim Tebow’s book and turn down opportunities to play anywhere else. At least he only gets embarrassed on the NFL-level.