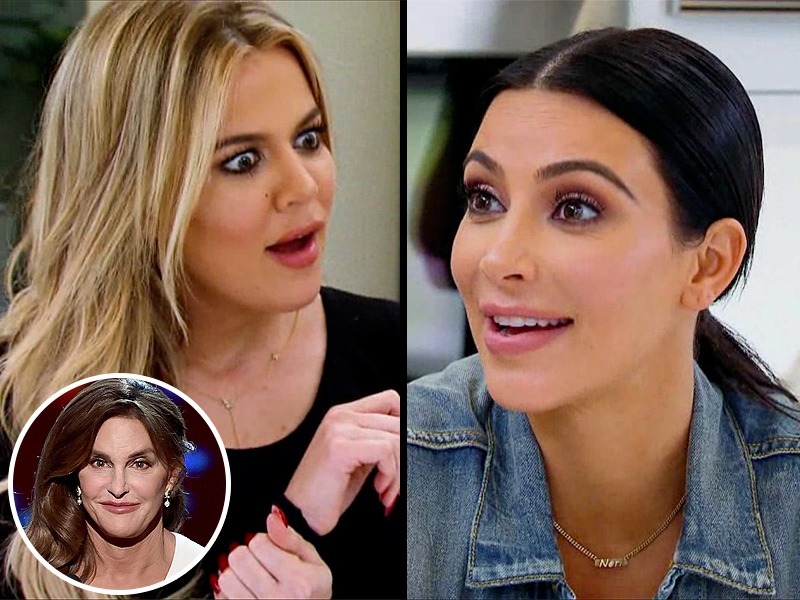 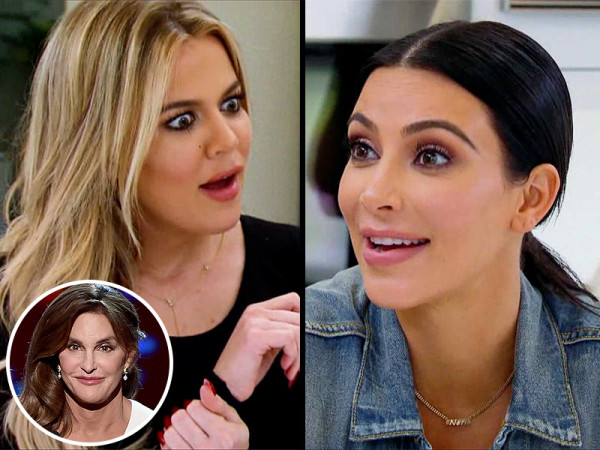 While Caitlyn Jenner’s show may have come to an end, it doesn’t mean that the Kardashian’s won’t try and milk the Caitlyn-Kardashian drama for all its worth. In tonight’s episode of Keeping Up with the Kardashians “Vanity Unfair”, it was all about the family conflict that arose after Caitlyn’s infamous Vanity Fair interview came out.

While many of the scenes were simply repurposed from this summer’s I Am Cait, the show did give a more in-depth look at the Kardashian’s side of the story.

The episode begins with Kim jetting off to San Franscisco to do some press for her video game app. While there, she receives a phone call from Caitlyn, who is preparing for the debut of the Vanity Fair magazine. During their conversation, Kim offers Caitlyn a spot in her video game, in which Caitlyn replies she will think about it. Of course, the guy running the video game for Kim is completely supportive of adding a Caitlyn character to the already wildly successful app.

Later, Kim heads over to Khloe’s house, where the two hang out in the kitchen. In the middle of their conversation, Khloe picks up the phone and it winds up being her ex-husband, Lamar Odom. The phone call is brief, however Kim makes it clear to Khloe that she does not approve of her remaining close with Lamar considering how much he hurt her.

In an off-camera interview Kim explains, “As a big sister, I’m just really protective and for [Khloe] just to be flirting on the phone makes me like, sick to my stomach.”

Later Kim confided in Kourtney, explaining that she is a bit more lenient with Khloe staying in communication with Lamar, as he can no longer claim any of Khloe’s earnings. Kim explained, “Because they filed for separation and divorce, if she makes money that’s her own sole money.”

At least, Kim has her priorities straight.

Later in the episode, Kim reveals to Khloe that she visited Caitlyn while she was shooting with Vanity Fair. Khloe is shocked when Kim confesses she saw Caitlyn while she was changing. Kim went on to explain, “her boobs were like Kourtney’s when she first got hers done. It made me want a boob job.”

Despite being inspired by Caitlyn’s assets, shortly after Kim expressed her frustration, claiming, “All Caitlyn can talk about is that my mom mistreated her and was awful, and just these really rude things when there’s no reason to bash my mom.”

After the Vanity Fair interview was published, Kris calls up Kim. Notably angry, Kris explains, “[the interview] just sums up that I’m this piece of s—t person who was mean. He can go f—k himself. I honestly wish I never met this man.”

Shortly after talking to Kris, Kim discusses the interview with her sisters, Kourtney and Khloe. Both of them are equally upset over Caitlyn’s article and even say they are questioning whether they want to support her at the ESPYs or not.

Kim decides to take matters into her own hands and ends up visiting Caitlyn at her Malibu home to talk about what she said in VF. Much of this scene was already showcased on I Am Cait, but basically Kim tries to get Caitlyn to realize the damage she has caused by saying Kris “mistreated her” and that Kendall and Kylie were “distractions” for her. Unfortunately, Caitlyn was stubborn throughout their whole conversation and refused to apologize.

Kim decided to tell Kourtney and Scott about Caitlyn’s unwillingness to apologize. Scott had a pretty priceless reaction as he exclaimed, “the only thing [Caitlyn] cared about was that her Twitter followers went up more in one day than Obama’s did. I’ll tell you why. Because the greatest athlete of all time turned into a f—king woman.”

At the end of the episode, Kris tells Kim that she is going to get away for a little while to “clear her head.”

Khloe confronts Caitlyn about the VF interview, Scott goes on a partying binge, and Kourtney breaks down trying to keep her family together.