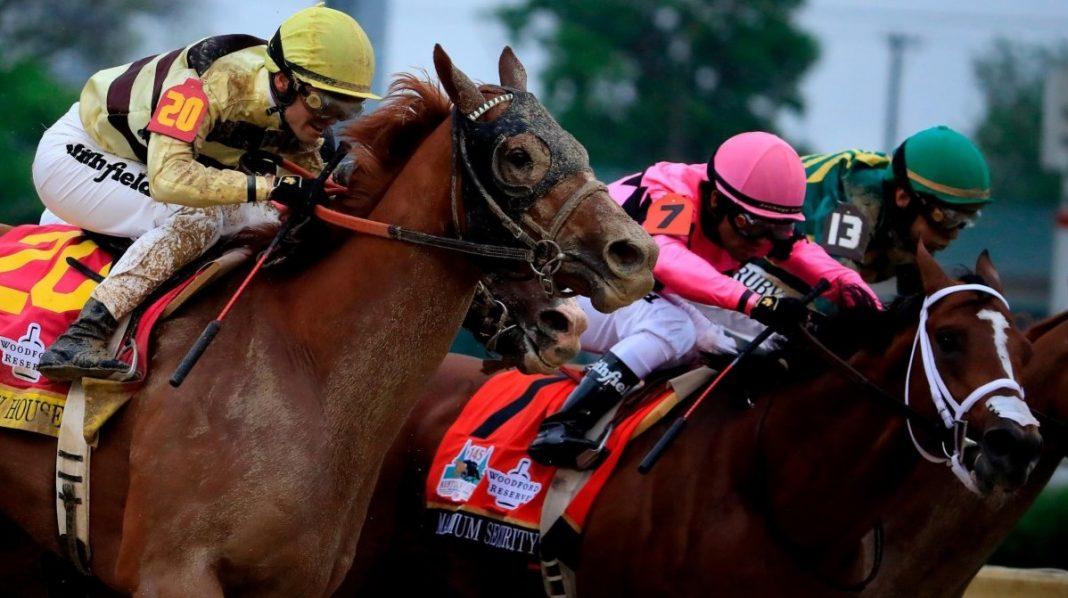 In a season of oddities in horse racing, the 2019 Preakness continued that streak with War of Wills taking first place. This was a great turnaround after the horse lost a chance at victory in the Kentucky Derby after stumbling with Maximum Security.

Two weeks ago, 22 minutes after Maximum Security appeared to be the emphatic winner of the 145th Derby, three stewards, horse racing’s version of referees, ruled that when the colt had jumped a puddle, he impeded the progress of a rival, War of Will, almost knocking off that colt’s rider, Tyler Gaffalione.

It set off a chain reaction that resulted in Maximum Security being disqualified and placing 17th. Gaffalione was aboard War of Will in the Preakness.

This race had its own eye-raising moment: As soon as the gates opened, the jockey John Velazquez was airborne in one moment and in the dirt the next after his colt, Bodexpress, broke out of the starting gate like a rodeo horse rather than a thoroughbred. Velazquez was fine, and his colt continued on riderless, fortunately never interfering with the other 12 horses now eligible to win.

Mark Casse completed a lifelong quest two weeks after the scare of a lifetime. And he did so in a race featuring a riderless horse that threw his jockey out of the gate and kept running.

Since he was a child, Casse wanted to win a Triple Crown race, and the well-respected trainer got that victory when War of Will bounced back from a bumpy ride in the Kentucky Derby to win the Preakness on Saturday.

Casse, 58, was more relieved than anything that his prized 3-year-old colt didn’t go down in the Derby, which could’ve been a multihorse catastrophe, and could finally take a deep breath following the Preakness.

“This is even I think probably more special given everything that we’ve been through,” Casse said. “I’m not even calling it redemption. I didn’t feel like he got his fair shot, and that’s all I wanted — a fair shot. And he showed what he had today.”

War of Will was unfazed starting from the inside No. 1 post position for the second consecutive race, even though that contributed to his rough run at Churchill Downs. Rising star jockey Tyler Gaffalione guided the horse along the rail in the Preakness and made a move into the lead around the final curve, holding off hard-charging late addition Everfast, who was a nose ahead of Owendale for second place.

All the while, Bodexpress — after ejecting Hall of Fame jockey John Velazquez — kept running around the Pimlico track and did an extra lap. An outrider tried to swoop in at the top of the stretch and corral Bodexpress, but the horse sped up and passed a few competitors near the finish line and kept going. Technically, Bodexpress gets a did-not-finish.

“He wasn’t behaving well,” said Velazquez, who added he’s fine and would not seek medical attention. “When the doors opened, I was off right from the start and he kind of jumped sideways, and I had my feet out sideways and I lost my balance and went out.”

It was yet another bizarre scene in a Triple Crown season full of it.

Two weeks ago at the Kentucky Derby, apparent winner Maximum Security was disqualified for interfering with War of Will, and Country House elevated to first in the only on-track disqualification in the race’s 145-year history. Casse was just thankful War of Will was healthy and decided to take his shot in the Preakness even though Maximum Security and Country House didn’t run.

It was the first Preakness run without the Kentucky Derby winner since 1996, but the 13-horse field was the largest since 2011. Go back to 1951 for the last time the Preakness was run without the top four finishers from the Derby.

Bob Baffert-trained Improbable was in it as the 5-2 favorite and finished a disappointing sixth. The Kentucky Derby and Preakness are the only races of Improbable’s career that he didn’t finish first or second.

“He just got mad and reared up,” Baffert said of Improbable’s antics in the starting gate. “After that, he was in a good spot. He just didn’t kick.”

War of Will had plenty of kick and put himself in position to become the first horse since Afleet Alex in 2005 and 19th all-time to fall short in the Derby but win the Preakness and Belmont. Winning the $1.5 million Preakness by a 1¼ length over Everfast, who wasn’t entered until Wednesday, was another illustration of War of Will’s mix of talent and grit.

“He’s got so much heart,” Gaffalione said. “We always knew he had the ability. We just had to get a little bit lucky, and today was our day.”

It’s a breakthrough for Gaffalione, who has become something of a rising star since being named top apprentice rider in 2015. Gaffalione, 24, was aboard War of Will for the colt’s sixth consecutive race and came away with the biggest victory of his young career.

“It really hasn’t even hit me yet,” said Gaffalione, who got advice Saturday morning from idol Jerry Bailey. “I can’t even put it into words.”

Casse had plenty of words after the contentious situation at the Kentucky Derby that spurred a lawsuit from Maximum Security owners Gary West and a 15-day suspension handed down to jockey Luis Saez. He took issue with West blaming War of Will and Gaffalione.

West took Maximum Security off the Triple Crown trail, but Casse was eager to get War of Will back on the track two years after Classic Empire finished second in the Preakness. With the sport in turmoil after the deaths of 24 horses at Santa Anita Park since Dec. 26 and an ongoing quarrel over the future site of the Preakness, Casse’s first Triple Crown victory is a tale of redemption for him and the horse even if he doesn’t want to call it that.

“I’m just very happy for Mark to get his first Classic win,” Gaffalione said. “Very happy for the horse. He deserved it more than anything. He’s so special.”