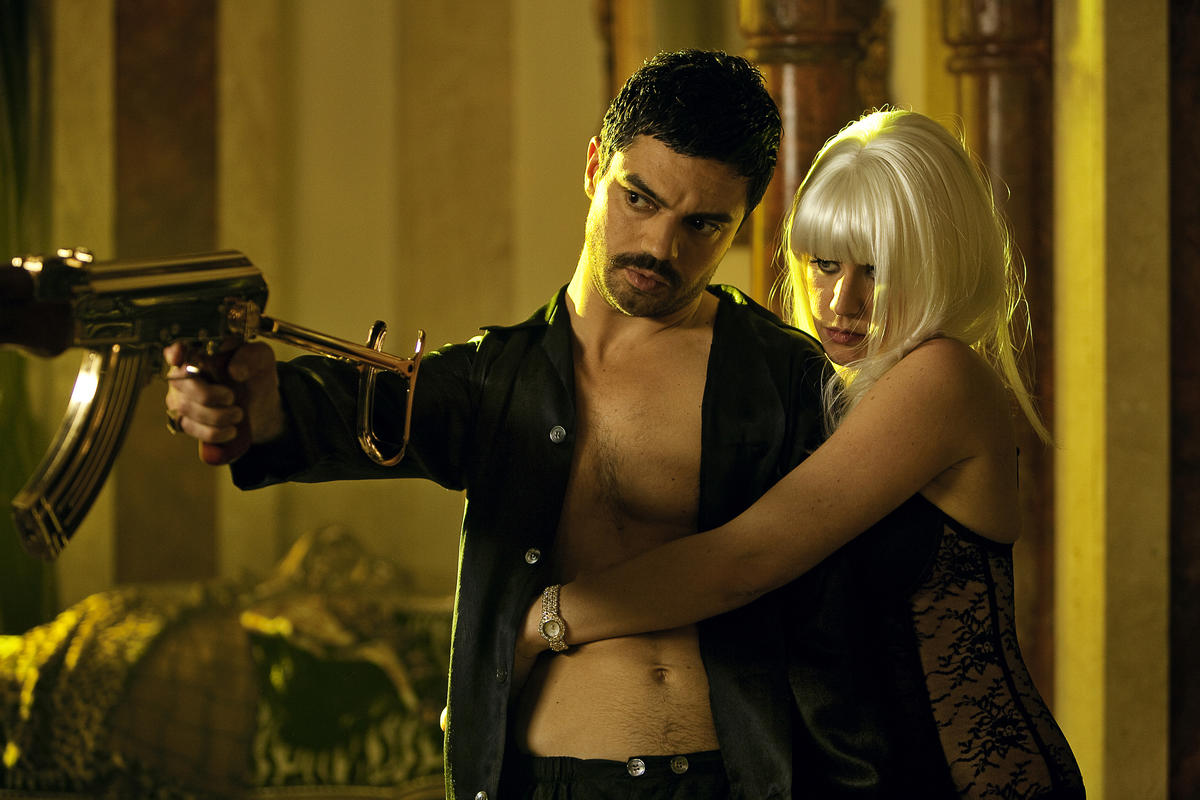 What happens when you mix a wicked comet from the outskirts of space with a preacher doing the Lord’s work in an African church? A bloody explosion that ends a service real quick!

That gory scene was our first look at Preacher. It takes a lot to grab the interest of TV viewers nowadays, and the exploding preacher man was a great way to make viewers look up from their iPhones for a minute.

I can’t say we’ve seen enough from the main character, Jesse Custer, to know if he’ll hold everyone’s interest over the long haul. We do know his character is definitely dark and not very helpful to his flock.

Cassidy and Tulip, on the other hand, look to be a helluva lot of fun to watch. All I know about Cassidy is that he’s a freak that can fight with the best of them and is clearly supernatural. Dude can’t be killed either, judging by his parachute-less jump from a plane that was cured by an enormous dose of hamburger. 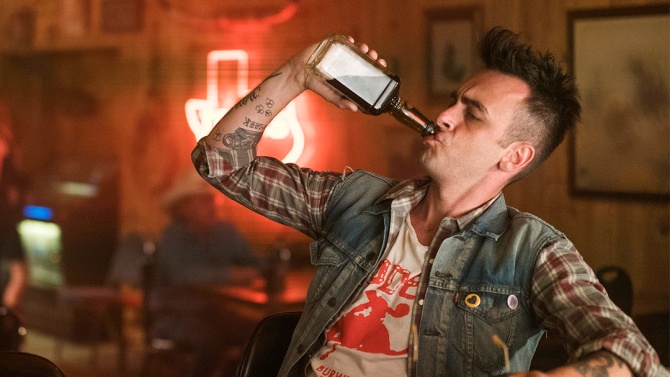 The pilot episode started with a poorly executed sermon by Jesse at his father’s old church. It’s gotta be hard to preach the Word while hungover. But the congregation seemed to enjoy the after-church lunch that would rival a biker bar in regards to sin level.

The Preacher gets his first request for help from a boy who’s dad is beating on his mama. Jesse wants to help but is trying to get away from the bad things he did in the past.

The town sheriff is no help when Jesse presents the boy’s problem to him. The lawman has enough issues of his own with his mouthless son (Eugene “Arseface” Root) who’s on a steady diet of blender prepared meat products.

Our first look at Cassidy was on a drug-fueled party plane where he was attacked by the entire crew and group of passengers.

Cassidy is a brawler with serious skills. He killed every human on board then drank the blood of the captain whom he killed with a champagne bottle. The fight started after the “abomination” found a Bible in the bathroom with random scribbling inside.

Is the guy a dark angel of some sort?

The best scene of the pilot episode belonged to Tulip, who is Jesse’s ex-GF. The cornfield car ride fight was beautiful. It ended with her biting the ear off her opponent then ending his life once she got the car stopped.

Tulip had me at ear biter but topped that by constructing a bazooka with vegetable cans then downing a chopper in front of two very impressed kids.

More preachers are being wiped out by the comet spirit all over the world. Tom Cruise had a helluva a run. RIP Cole Trickle.

Jesse finally has to deal with Donnie, the abusive hubby in his church. The Preacher turned the other cheek as long as he could then went Jason Bourne on Donnie when he threatened his own son for snitching.

I loved the line from Donnie when Jesse told him to leave his kid out of this.

“Or what,” is a perfect comeback to any demand during an altercation. It didn’t work out for Donnie though as he and his crew got publically embarrassed while taking a beating.

Donnie is presently dealing with a bone protruding from his skin.

“Bunny in a trap noise,” was a great description of what we heard from the wife beater when that arm snapped.

It was a matter of time before Jesse met the comet / spirit that killed Lt. Daniel Kaffee and other holy men.

The spirit didn’t turn Jesse inside out, though. He was out cold for three days, then awoke with a new perspective and maybe a strange power.

His “Road to Damascus” moment with the comet changed his mind about quitting the church gig, and his sermon was much better than the first one we saw.

He had a renewed mission to avenge the innocent and speak forth the Word of God.

The result of him speaking forth the Word? It went poorly.

Unless you consider it a success when the geeky guy he advised, hopped a plane to Florida to rip his own heart out in front of his mother.

Maybe Jesse would do less harm by going back to the criminal world with Tulip and whatever her plans are involving that map.

Episode two was set up nicely with two cowboys in suits about to head up to Jesse’s church.

They could be there to take down Cassidy. Good luck. Dude is a supernatural bad-ass.

Or maybe they are there for Jesse.

At this point, they could be aliens, demons, angels, even Ewoks in disguise. It appears anything is possible in this world, just as Seth Rogen says in a preview of Talking Preacher slated for next week.

The flashbacks were a nice tease involving Jesse’s dad. It’s clear he does good deeds because that’s what his daddy asked him to promise just before he had his brains blown out.

And it’s not clear if it was suicide or someone else capped the dad.

I’m amped up for episode two. I don’t mind new shows sucking if they try to do something outside the box. If it’s bad, that’s fine. At least someone tried new things instead of remaking “The Odd Couple.”

Preacher not only appears to set the box on fire as the show creators got outside it, but there is little danger of this series sucking in any way.