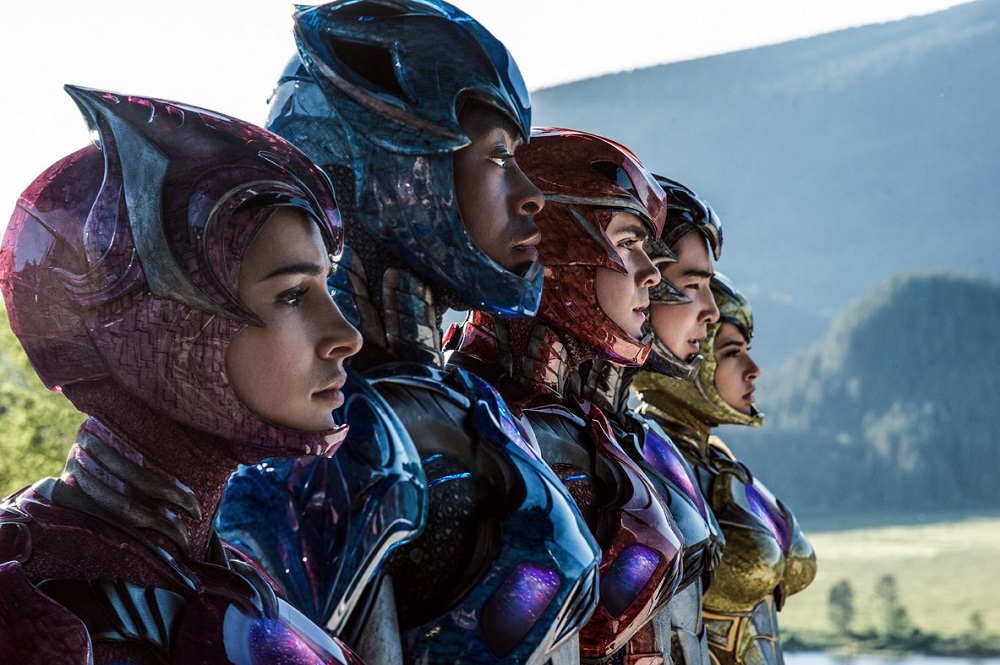 Well, that was, interesting. No, it wasn’t a bad movie compared to the very first Power Rangers film. That film was terribly childish and atrocious. Even for a kid like me who watched it. This tried very hard to compensate for that one. We’ll review the film with spoilers so if you haven’t seen it yet, and want your dose of Power Rangers nostalgia, go see it for yourself and judge. If you want to know what this author thinks of the film, the read on.

From the beginning of the film, we’re immediately introduced to a couple of twists. I thought this 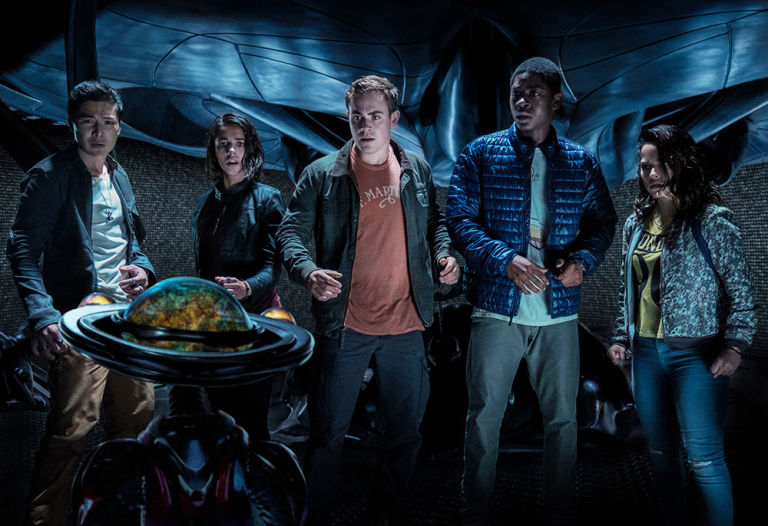 was going to be chock full of Power Rangers action as we see them immediately. Red, yellow and green that is. The twists involve Zordon being the original Red Ranger, and Rita Repulsa being the original Green Ranger. Interesting twists indeed and is actually nice. Unlike the original TV show (original being the US version’s first season), Zordon came to Earth thousands of years ago, not millions as shown in the film. The rangers are defeated at the beginning of the film with Zordon being the only one left. His last heroic effort is by hiding the Power Coins from Rita. You’ll be reminded of the dark bootleg video produced by Adi Shankar. Rita, as the Green Ranger stands victorious over Zordon until she is hit by a meteor (not that meteor) and is thrown into the ocean where she goes into suspended animation.

Football star Jason gets detention after he tries to steal the school mascot. He meets fellow detainee and nerd Billy and saves the latter from the local bully earning his friendship while popular girl Kimberly also gets detention for posting someone’s naked pics on social media. They end up in the town’s abandoned gold mine along with two other students Trini and Zack who just go there to hang out. Billy detonates some explosives at the mine in an effort to continue his late father’s work. The group discovers Zordon’s Power coins before getting chased out of the mine by the authorities. They wake up the next day with superpowers and decide to return to the mine to investigate further. There they discover Zordon’s ship and meet both Zordon and his robot Alpha 5. Meanwhile, Rita’s mummified body is fished out of the water by Jason’s father. The body revives and immediately begins killing every person she encounters getting whatever gold she can get her hands on.

Zordon tells the group his story, about them being Power Rangers and about the Zeo Crystal embedded in the Earth. The crystal is responsible for giving Earth its life force and that Rita is wants to take it thereby destroying all life. The teenagers still couldn’t morph so Zordon puts them on a training regimen because they have 11 days before Rita gets strong enough to take the Zeo Crystal. To inspire them, Alpha 5 shows the team the Zords but Zack takes his for a joyride causing damage. Jason and Zack get into a fight which Billy tries to break up inadvertently causing him to morph. Equally frustrated, Zordon dismisses the group. Jason goes back but discovers that another purpose of the team morphing was to open the Morphing Grid and allow Zordon to come back to life which Jason misinterprets as a selfish motive.

For them to morph, they needed to form a bond so the team camps out and try to do so. Later, Rita attacks Trini at her home and tells her to get the team to the docks. Jason decides to take the team to fight Rita even without being able to morph. They lose, and Rita kills Billy by drowning him. The team takes Billy’s body back to Zordon where they all manage to form a bond thereby activating the morphing grid. But instead of Zordon coming back to life, Zordon gives Billy his chance. The team then becomes able to morph as Rita begins her assault on Angel Grove.

The team first battles Rita’s Putties as she assembles her warrior Goldar. The battle proves too much for them, so they summon the Zords to clear out the Putties before fighting Goldar which proves too powerful. Goldar unearths the Zeo Crystal where the zords go into a last ditch effort to protect it. Goldar pushes all the Zords into the pit where they manage to combine into the Megazord thereby defeating Goldar and Rita. Rita is sent to outer space where she freezes. Like in the TV show, the team become heroes, but their identities remain unknown. They again meet up in detention where their teacher tries to call in another student name Tommy Oliver.

Again, the film was okay. The main complaint is that the Power Rangers in their uniforms don’t go into action until the third arc of the film. We only get to see Billy transform earlier and the Zords’ intro perhaps to shoehorn in a Rangers’ related appearance during the long angst-y introduction and bonding process. Billy, played by RJ Cranston is perhaps the most interesting member of the group and has the most heart as a character. The most annoying aspect of the film was Trini as her reasons for having her attitude seem too shallow. The same goes with Jason. Kimberly’s detention offense is quite interesting and is very much opposite to her TV counterpart. Zack’s backstory is actually the one where audiences can really sympathize with as he and his sick mother live off welfare in a trailer near the mine.

There is some action throughout the show. The beginning, the mine chase, the training montage, their first encounter with Rita and the actual Power Rangers battle. The main gripe for others who have reviewed the film is the lack of actual Power Rangers since they’re shown only in the film’s last 20 minutes. Some of the characterizations were just bad, especially Trini. Rita Repulsa seemed okay but her leaving everyone except Billy alive was a villain cliché.

The Zord battle was great which offers some nostalgia to Power Ranger fans by paying the classic music for the Zords. The Megazord, while not well-received in the early toy reveal was great in the film though it would have been better if the film gave us a true transformation sequence instead of just being melted together in a fiery pit. Zordon and Alpha 5 were okay. Early views for Alpha 5 were also skeptically received but worked out real nicely in the film. Zordon’s character, however, seemed less wise than what we were used to. He had 65 million years to hone his character, much like Danny Rand had fifteen years to get his zen together in Iron Fist but didn’t.

We could say, it’s not bad, but it’s not great either but it’s a start. If the film continues to pull in the tickets, there should be some sequels along the way. Let’s rate this 2.5 out of 5. Let’s get some more out of Jason next time round while they’re focusing on Tommy Oliver.