Home TV Show Recaps Power POWER 205: Who You Are Recap 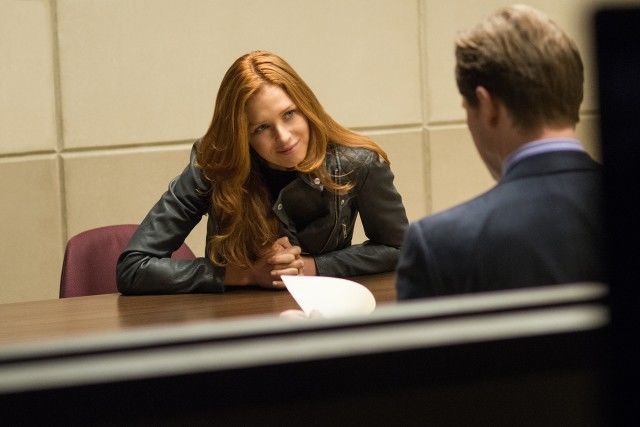 This week on Power, it was all kinds of juicy. Let me start off by saying this because I can’t wait until the end, Angela finds out that Jamie is indeed Ghost. There… it’s out… now here’s what else happened this week on the show.

Holly is in the interrogation room and they do everything they can to break her. They ask about Tommy, the nature of their relationship along with other shit. She is quiet but nervous and doesn’t give them anything. 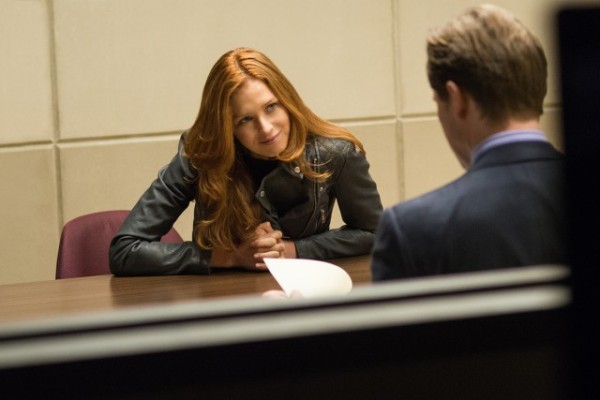 In the meantime, Ghost is dealing with Lobos who has turned the tables on him. He wants to move up the time frame that he has given Ghost to move product, making Jamie really feel the pressure. Lobos tells him that he is going to see him soon.

Back at the station, Angela finds out that Greg went to go visit Ghost at the club to ask him some questions. She also finds out in Greg’s presence that Holly was shot at the club on the night that her informant died. To her, this means, since Holly is not talking, that Tommy could have possibly rode in the ambulance with her which would mean he didn’t kill her guy on the inside. This gives her a new angle in which to approach Holly about Tommy’s whereabouts.

In preparation of the expedited timetable, Ghost visits Louis in an attempt to see what can be done to make the order. From this Louis can tell that something is going on as Tommy visits him not too long after Jamie leaves and reveals that he doesn’t know what Ghost is doing.

After leaving his meeting with Louis, Ghost goes home to find Tariq waiting for him outside of his apartment. It is clear that the boy needs his dad right now. He tells him about a girl situation where one girl at school likes him but he likes another girl. Ghost, of course, has a lot of experience in this. He invites his son in to talk over pizza and watch the Nicks game. 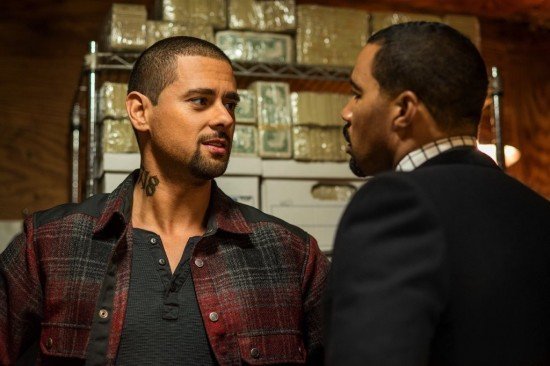 Tommy shows up at Ghost’s house to ask him about killing the serve in order to be the main distributors to get the product moved. Ghost tells him what’s going down and to trust him. He asks him to take Tariq home because he has some business to take care of. When Tommy drops off his nephew, Tasha is pissed off because he didn’t tell her he was going to see his dad. She also tells Tommy that she is finished with him because he didn’t tell her what was going down.  Honestly, what did she expect I mean there is a man code in place obviously.

Ghost shows up at Angela’s job during the interrogation. She meets him in his car and pretty much tells him that there is a possibility that Tommy is going down soon and asks him if he has his shit covered (she doesn’t know that he is Ghost yet). He avoids the question and tells her that she can trust him.

Afterward, he goes to an exclusive party that Stern is hosting which turns out to be some kind of sex, swingers, and orgasm thing. He offers Jamie the most beautiful women, to which he turns down. Stern pretty much tells him to continue to play the game and he can get what he wants.

While Ghost is taking care of club business, Tommy and the crew is taking care of making sure that they are the supplier of choice. They knock off some competition and frame another group in order to be put in place to make their deal with Lobo’s happen.

Ghost dismisses himself from Stern’s party and goes home. Tasha visits him at his place to pretty much go off on him. She tells him he’s not going to see Tariq anytime soon but when he does, he has something hard things to explain to his son.

Back at the station where Holly is being interviewed, things get thick. They bring everything the can to get her to snitch but she doesn’t so they make plns to send her back to Ohio to for crimes she’s running from. Before they take her in the van she goes to the bathroom to have a mini breakdown. Then, because she really believes she can make a difference, Angela goes in to talk to her. This is where shit hits the fan. She mentions to her that she needs to know about Ghost (or something like that) and Holly goes all bitchy on her. She tells Angela that she remembers her from the club when she fucked Ghost in his office and drops the bomb on her that Jamie is Ghost not Tommy.

Angela stands dumb founded. Holly blackmails her saying that she will tell her partners that “she’s fucking the real Ghost” if she doesn’t get Tommy and her out of this situation. Angela makes a deal with her to help her implicate James, as ghost and she will be off the hook.

I don’t know if she is lying, but after Holly leaves the bathroom, Angela weeps bitterly. She goes home, Ghost is there, and so is Greg who shows up with a bottle of wine (Angela doesn’t see him). He sees the two walk arm in arm down the street and we see her ask Ghost, “How was work?”