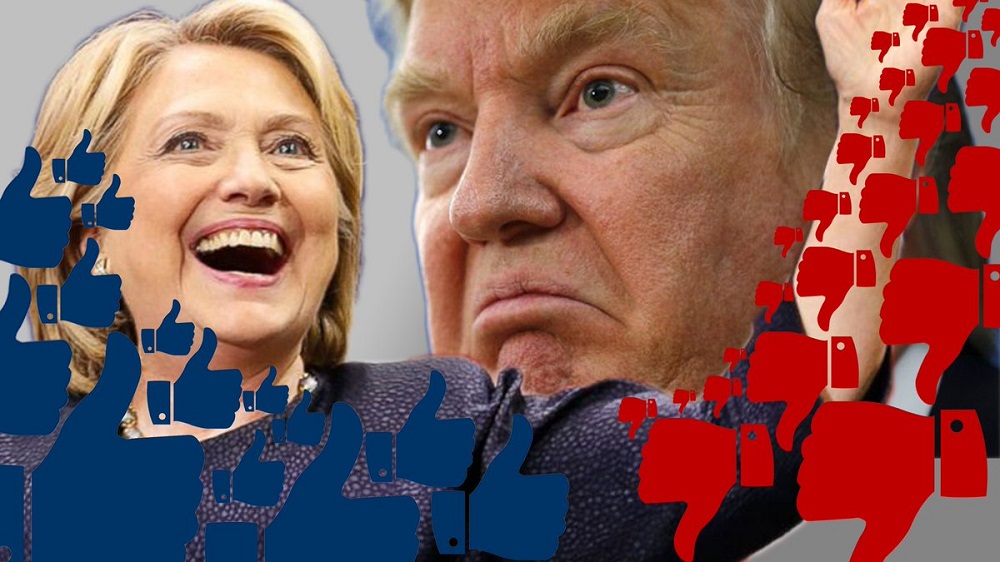 2016 will easily go down when lines blurred, and the Donald Trump vs. Hillary Clinton campaign merged fully into our pop culture. Rules were broken and long time traditions were trashed as we were sucked into one of the biggest reality shows of the year that could easily have been called ‘America faces a new reality.’

Our politics is often reflected in our popular culture, and vice versa – especially in an election year. That relationship seemed closer than ever in 2016 when a TV personality was elected president, reality shows and beauty contests were referenced in presidential debates, and even a Broadway show ignited partisan sparring.

At times, it seemed like the election overshadowed everything, but of course, there was more. The diversity issue again roiled Hollywood. The old-style musical made a glamorous comeback. One of Hollywood’s most scrutinized couples called it quits. And we said a series of painful goodbyes: to legendary rock stars, cinema and TV greats, and The Greatest himself. Our annual, highly selective journey down pop culture memory lane: 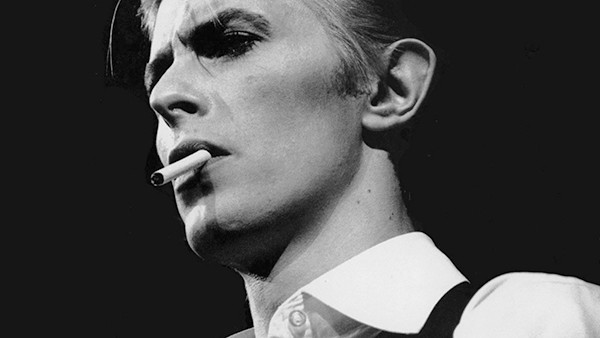 Ground Control to Major Tom: We shall miss you. The death of DAVID BOWIE casts a pall over the pop culture scene as the year begins. The elegant rock star succumbs to cancer – an illness he fought in secret – just a few days after his 69th birthday and the release of his final music video, “Lazarus,” which begins with the line: “Look up here, I’m in heaven.” 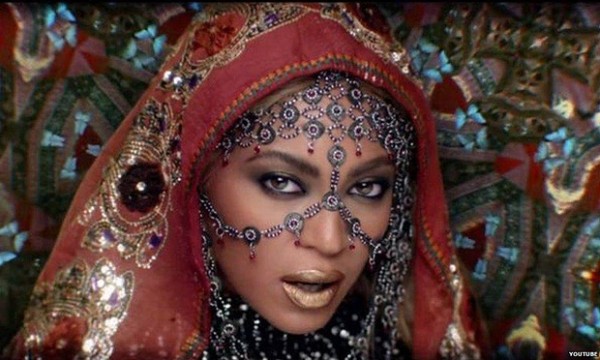 A year after #OscarsSoWhite in 2015, the Oscars are … #SoWhiteAgain! For the second year, all 20 nominated actors are white. The lack of diversity leads to some sweeping membership changes at the Academy. Meanwhile, the Super Bowl halftime show is allegedly headlined by Coldplay. But it’s BEYONCE who rules with a commanding performance of her new song, “Formation,” proving that Queen Bey is still very much among our royalty.

The ROLLING STONES perform in Cuba, a once-unthinkable event that happens a week after President Obama visits the island nation. Speaking of Obama, he hosts a White House concert performance of “HAMILTON,” part of a remarkable 2016 for LIN-MANUEL MIRANDA and his rap-infused Broadway musical about founding father, Alexander Hamilton. We say goodbye to GARRY SHANDLING. 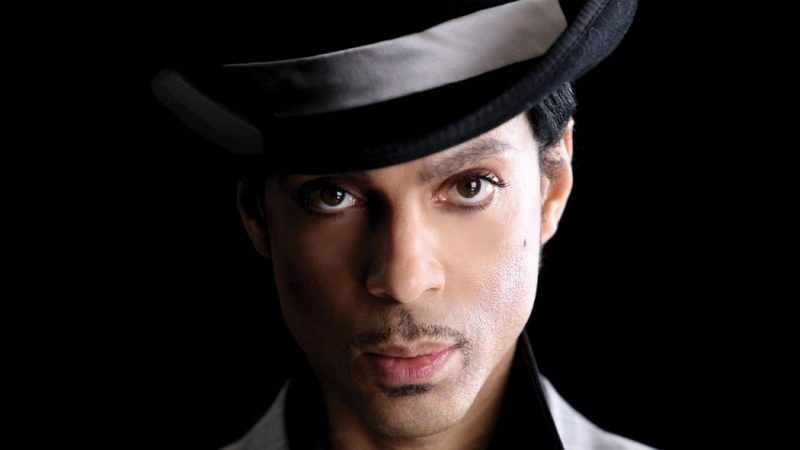 HAMILTON wins the Pulitzer for drama (to add to a Grammy and, soon, 11 Tonys), and current Treasury Secretary Jack Lew reverses a plan to bump Hamilton from the $10 bill after fans kick up a fuss – undoubtedly the first time a Broadway show influences currency policy. And April showers bring Purple Rain: Rock legend PRINCE dies a shocking death at 57 of an accidental opioid overdose, launching countless poignant tributes. 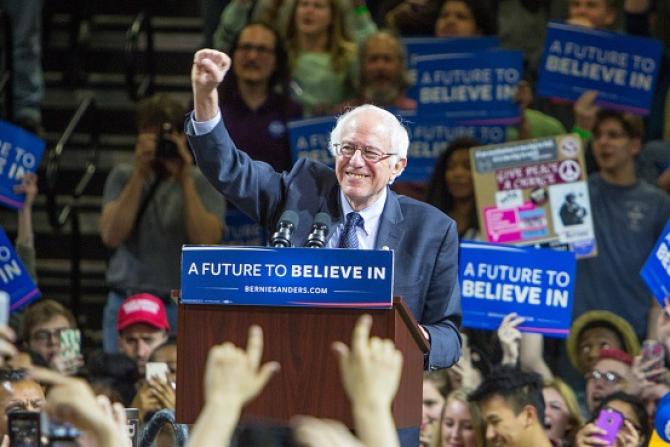 “It’s not over ’til I say it’s over,” says BERNIE SANDERS to HILLARY CLINTON, of the fight for the Democratic nomination. Actually, that’s LARRY DAVID talking to KATE MCKINNON on “Saturday Night Live.” As MCKINNON hones her acclaimed, manically ambitious portrayal of Clinton – one of nine actresses to portray her in SNL history – DONALD TRUMP (in real life) clinches the Republican nomination. We’ll have to wait a few months to see who plays him on SNL. 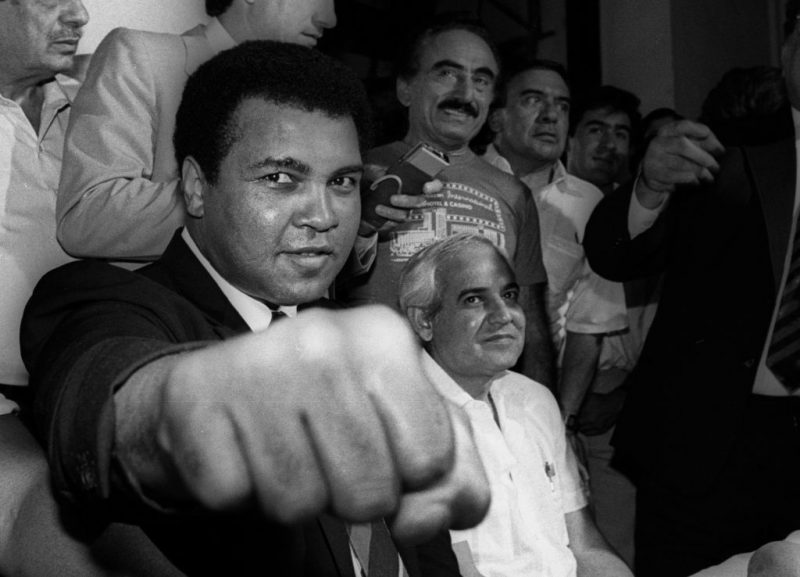 The greatest is gone: MUHAMMAD ALI dies at 74 after a three-decade battle with Parkinson’s disease. It’s CLINTON’s turn to clinch her party’s nomination, becoming the first woman in U.S. history to lead a major party ticket. At the Tony awards, host JAMES CORDEN opens with a tribute to the Orlando nightclub shooting victims, and MIRANDA does the same with a tearful sonnet, declaring that “love is love is love is love.”

Hollywood always turns out for Democrats, and the Democratic National Convention is no exception. Performers include KATY PERRY, ALICIA KEYS, CAROLE KING, DEMI LOVATO, BOYZ II MEN and PAUL SIMON, among many others. In media news, ROGER AILES is out at Fox News Channel, following allegations of sexual harassment. And the retired JON STEWART – missed by many fans in an election year – returns to late night, bearded and in a bathrobe, for an appearance with STEPHEN COLBERT. SCOTT BAIO is the biggest celebrity at the Republican National Convention. And some sports news: In Rio, MICHAEL PHELPS ends his historic Olympic career (or so he says) with a mind-boggling 23rd career gold. But the U.S. swim team’s achievements are overshadowed by RYAN LOCHTE’s drunken night and evolving explanation. Goodbye, Willy Wonka and Leo Bloom: Actor GENE WILDER – whose name could easily describe his famous eyes and untamed hair – dies at 83 of complications of Alzheimer’s. 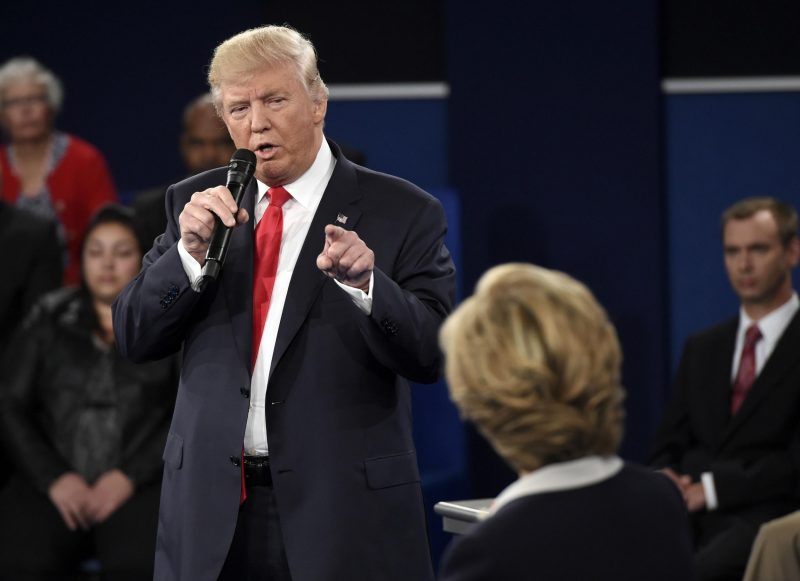 The first CLINTON-TRUMP debate draws 84 million viewers, the most ever for a U.S. presidential matchup, and yields at least one catchy meme: The “Hillary Shimmy.” Clinton tries her hand at comedy with ZACH GALIFIANAKIS on “Between Two Ferns.” JIMMY FALLON famously musses TRUMP’s hair and is criticized for the friendly encounter. Bye Bye, BRANGELINA: One of the most high-profile couplings in Hollywood is over. 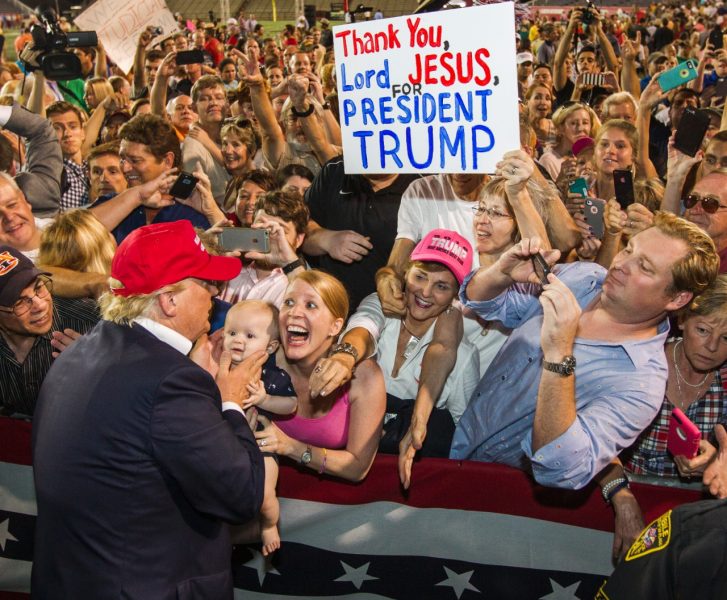 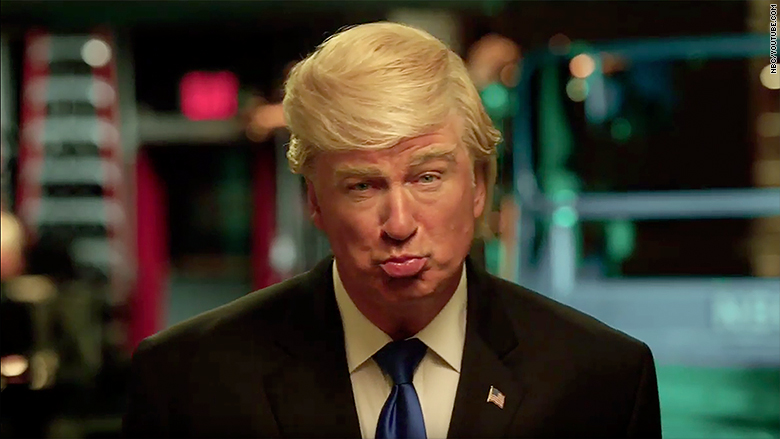 Something happens in early November … what was it again? Meantime, let’s remember singer LEONARD COHEN, dead at 82. Many find themselves singing “Hallelujah,” his much-covered ballad – including a somber MCKINNON on “SNL,” a few days after the election. BALDWIN reprises Trump, the real TRUMP settles into meetings at Trump Tower, and his vice president-elect, MIKE PENCE, goes to HAMILTON, where the production appeals to him directly from the stage to work on behalf of all Americans. Pence says he doesn’t mind, but Trump tweets: “Apologize!” 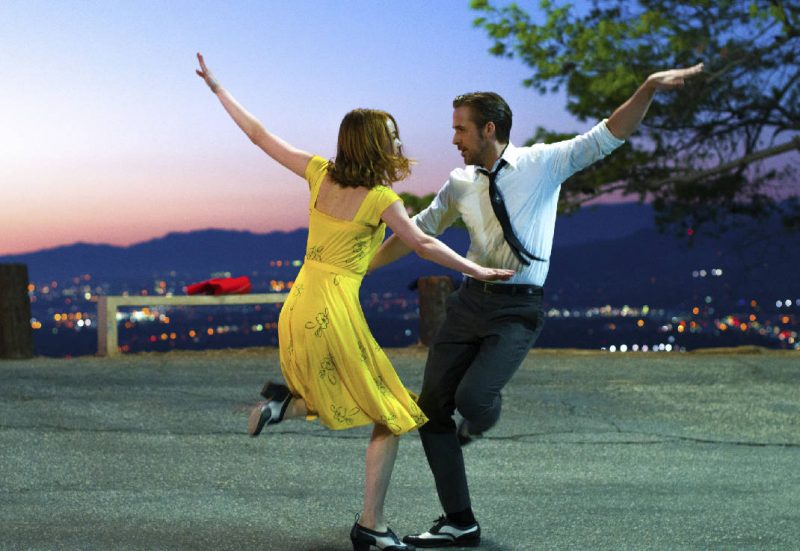 It’s been quite a year for the musical, and not just on Broadway. “Hairspray Live!” continues the live TV musical fad. And movie audiences are enchanted by a candy-colored, old-fashioned musical ode to Tinseltown itself, “La La Land,” by young director DAMIEN CHAZELLE. Finally, for those craving a little consistency in this turbulent year, it’s perhaps nice to know that December arrives bearing the same Christmas gift as it did last year: A new “STAR WARS” movie.