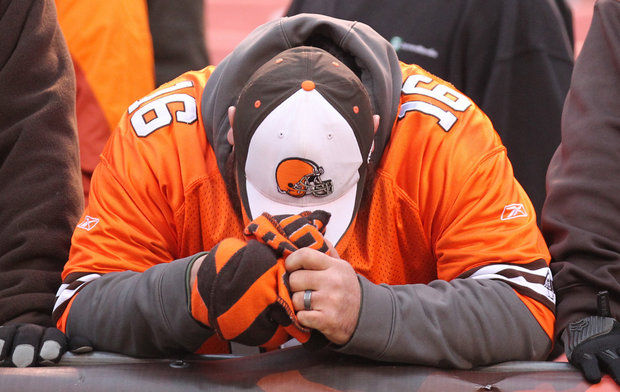 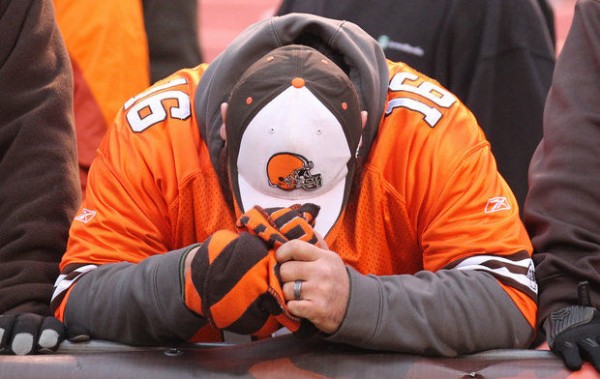 Please don’t misinterpret the title of this article. I am not a Cleveland Browns fan. Let me repeat, NOT A FAN. I have enough emotional damage from being an Atlanta Falcons fan. I can hardly imagine what it must be like to be a fan of an NFL team that has had as much bad luck as Cleveland over the years. My Falcons have had little success since their inception, but the Browns have experienced some of the worst downturns and even back stabbings imaginable.

Full disclosure. I did root for the Browns of the late 80’s when Ernest Byner had the spleen wrenching fumble and made me want to cry for the grown man who lay beaten at the goal line. I saw the carnage as Elway dissected the Browns defense on an epic 92 yard drive to once again destroy hope in the city of Cleveland. If I were a resident of that dirty city, I think I would just pick a new home team or maybe even move away. Even the former owner ripped the city’s heart out by running away to Baltimore in a not so smooth getaway.

The luck of the Browns is not getting better here in 2015. They drafted an electrifying college sensation in Johnny Manziel, who is now in rehab for alleged alcohol abuse. The best receiver in the NFL two years ago in Josh Gordon, luckily was on the Browns roster. That would be great news for Cleveland if not for the fact that this receiver keeps getting suspended from play. In case you are a newbie to the world of sports, an athlete is little more than a fan if he is unauthorized to participate. Fans don’t usually count against the salary cap, but inactive players do.

2014 was a promising year for the Browns. They were not far from a playoff birth even without their best pass catcher. Starting QB, Brian Hoyer did an admirable job and was never seen rolling up a dollar bill in a bathroom to my knowledge. The team owner may have been under federal investigation, but he didn’t load the team belongings up for a move to Los Angeles.

But the season ended pretty badly. The team missed the playoffs once again even after throwing Johnny Football into the fray. Josh Gordon came back after his suspension got lighter due to some rule changes from on high only to be suspended for the final regular season game because he missed a team walk through. Gordon wasn’t done letting the team down there however. He raised the ante when he managed to get suspended for violating the NFL Policy and Program for Substances of Abuse. This guy knows how to ravage a roster! Johnny Manziel may be disappointing, but at least he has just not lived up to his potential and hype. Gordon had already become a premier player when he started his downward spiral.

There is no reason for Cleveland fan to hold out much hope for their current team. This is a franchise that couldn’t even get lucky with a can’t miss running back like Trent Richardson coming out of Alabama. Maybe it’s Richardson who should be angry. He was fine before becoming affiliated with Cleveland. Now the poor running back is nearer a career in insurance rather than as a premier rusher.

Let me sum up what the next couple of seasons will resemble for Cleveland fans. They will remain mediocre, neither good nor awful. They will have the Manziel circus to keep them near the spotlight until ESPN sees the website hits for J-Football drop off. Then the major media outlets will start talking about relevant quarterbacks again. Josh Gordon will move on to another team eventually and be a nobody. A guy with as little awareness as to cost himself millions because he didn’t know the specifics of the NFL guidelines, can’t be trusted to carry a team. Each year will be without any playoff appearances and if they are lucky enough to somehow wind up in a wildcard game, the thumping they will receive from a team without missing players in rehab will be embarrassing.

I really do feel for Cleveland fans. I know they got their alleged king back in the douchey Lebron James, but the NFL is way above the NBA scale. Browns fans have endured a lot, including the fumble, the move outta town, the drive, the rehab, the decision, the burning river, the unemployment rate, and I could go on forever. I wish I could say something positive about the Browns’ future. I thought they had a decent coach in Mike Pettine, but he folded under pressure from management to start Manziel at the end of the year, when I’m sure he knew the kid was unprepared as well as a train wreck generally.

I’ll start the 2015 season with some hope for my Atlanta Falcons, just like most NFL fans. Julio Jones won’t be suspended. Matt Ryan probably won’t be photographed napping under a table at an NFL event. My Falcons defense may be paper thin, but at least I don’t see top draft choices and play makers in rehab. Cleveland fans have little hope for 2015. Teams that are looking at drafting Jameis Winston should take note. Maybe the FSU quarterback will be an All Pro, but all indications are that the guy is a slip up away from a suspension or even prison. Browns fans can tell you what it’s like to run onto the field without talented guys that can’t get their act together off the field.