Home Reviews Cool Stuff Reviews Playstation VR Review: a must for any gamer 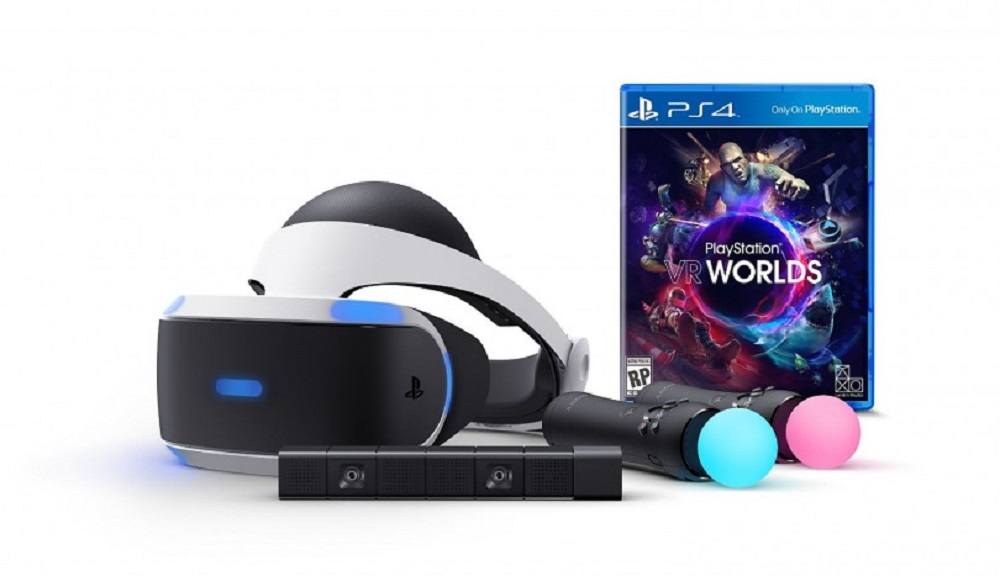 While not perfect, Sony‘s PlayStation VR will make most gamers and early adopters more than happy.

Being an early adaptor isn’t always the most fun thing as you wind up paying crazy high prices for something that’s usually going to wind up being twice as powerful and cheap in a couple years time.

This was easily the case with Virtual Reality as it seemed like the next sure thing in the 1990’s, even being a major plot point in the then popular sitcom “Mad About You.”

Well, virtual reality aka VR is back with a vengeance, and every major electronic company is pumping out its own headset hoping to cash in on the growing technology. While it’s not fully there yet, it’s getting close, and Sony is leading the charge with their Playstation VR. It’s the most accessible of the current VR headsets being cheaper and more powerful than many.

It literally only takes about ten minutes to set up, and it doesn’t take up a whole bunch of space in front of your television. For those living in cities, that counts for a lot. 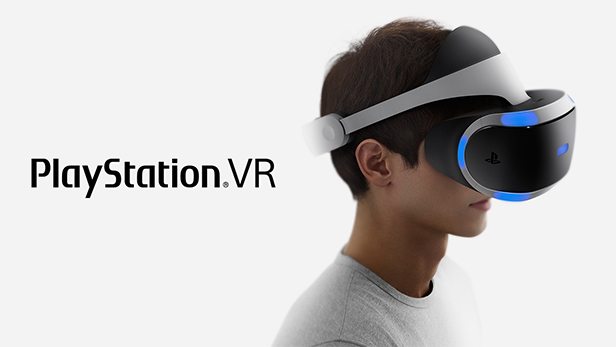 Sony isn’t the first to make virtual reality a reality, but in waiting, the company has delivered a worthy experience that’s cheaper, more comfortable and more convenient than the two high-end systems already out.

That could help boost a technology that’s had a rocky start.

After four years of anticipation, Facebook‘s Oculus business finally shipped its high-fidelity Rift VR headset in March, only to encounter massive delays in fulfilling orders. And Oculus still hasn’t said when it will ship motion controllers to enable VR experiences that don’t require users to sit down.

HTC and Valve, meanwhile, jointly came out with a more immersive system (with controllers) in April, but their Vive system requires users to free up an entire room and hang annoying sensors on walls.

The goal of Sony’s system isn’t so much to broaden the appeal of VR beyond gamers; after all, it comes from the company’s PlayStation gaming business and requires a PlayStation 4 game console to work. But Sony delivers where it matters most to hard-core gamers. And PlayStation VR, which comes out Oct. 13, retains the social aspect of gaming in letting friends watch on a television set what the VR user sees in the headset.

CHEAPER AMONG THE PRICEY BUNCH

While VR can be experienced through a cheap headset like the $15 Google Cardboard or Samsung‘s $100 Gear VR, those systems don’t deliver the same level of graphics and realism as the Rift, Vive and now PlayStation. For one thing, they don’t have sophisticated position tracking to let you move around a room rather than just swivel around in a chair.

The PlayStation VR’s $400 package comes with the headset, cables, crappy headphones and a disc filled with demos. Another $100 gets you a required camera for motion tracking and a pair of Move motion controllers. A PlayStation 4 is necessary and starts at $300, so if you’re starting from scratch, you’re spending at least $800.

By contrast, the other systems require high-end PCs that already cost more than $1,000. The general-purpose laptop you may already own won’t be fast enough. The Rift itself is another $600 without its Oculus Touch controllers, and the Vive costs $800 with controllers.

Of course, none of this includes games. They’re extra. 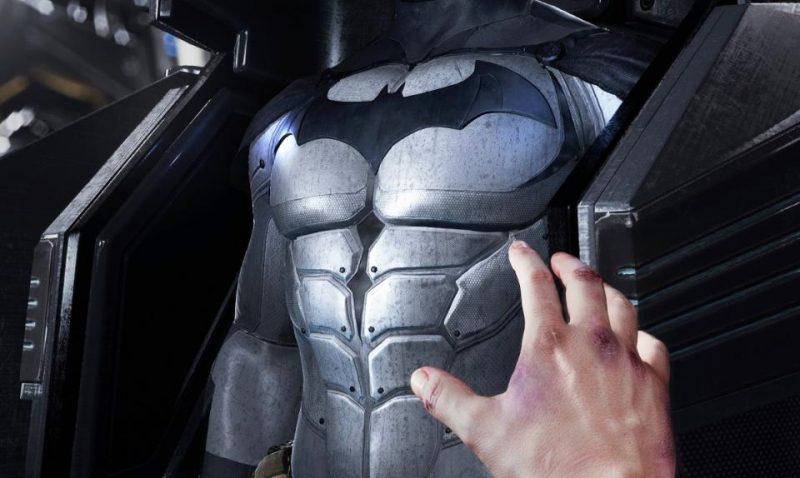 Sony boasts that about 50 titles will be available by the end of the year. I have tried more than a dozen and have been impressed with the lineup’s depth and diversity.

There’s nothing as compelling as a “BioShock” or “Dragon Age” game that’s available for traditional game systems. But a few exclusive titles offer more than just a glimpse at PlayStation VR’s possibilities. “RIGS” is a VR rendition of the multiplayer soccer sensation “Rocket League.” The crime caper “The Heist” felt like I was inside a Guy Ritchie movie that I didn’t want to end. “Until Dawn: Rush of Blood” is the best haunted house I’ve visited in years – better yet, no long lines.

There are more than 25 titles on launch day (October 13) in Asia, and of those, I tried out Batman Arkham VR and Battlezone. As a Batman fan, the Arkham game proved to be an interesting departure from almost all other games based on the Dark Knight, in that there is very little action. This is a puzzle-solving game, where you’re simulating Batman’s detective traits, not physical prowess.

Battlezone, meanwhile, is a pretty generic tank shooter that you’d find on a dozen of other VR headsets already. It’s fun for first-time players — the immersion of “moving” inside the tank and panning across a battlefield to take down an aircraft is cool. But soon, your eyes will strain, and you might get a bit dizzy. This isn’t a specific knock on the PS VR — the Gear VR also gave me similar problems — though the PS VR’s 1080p resolution doesn’t help matters. That resolution (the same on, say, the iPhone 7 Plus or the OnePlus 3) is fine for smartphones (in fact, I’ve always stated that I think quad HD on smartphone displays is overkill) and TVs, but when you’re using for VR, with images blown up in front of your face, it’s a bit underpowered.

Sony did a great job on the audio front. The VR supports 3D audio, and the earbuds that come with the headset are solid. In Batman Arkham VR, when a character approaches you from behind, you can hear the difference versus if that same person was approaching you from the side or the front.

But at the end of the day, it’s all about the software. We know the graphics won’t blow you away, but if the games are fun, all is forgiven. While Batman Arkham VR is fun, it’s a very short game. More titles are on the way, and for fans who like racing games, Drive Club VR is looking amazing.London Heist, which will need the Move controller, should be great fun too.

There’s plenty to keep gamers occupied for months, and more are on the way.

NOT TOO CLOSE FOR COMFORT

Both the Rift and the Vive are worn like goggles, with the straps coming around the sides near the ears. The PlayStation’s visor hangs down from a halo-like ring worn around the top of the head. The different seems minor at first, but the result is more evenly distributed weight and less pressure around the eyes. It could also make the headset feel more comfortable with glasses, though a colleague still had to deal with lenses fogging up.

The design also makes it easier to glance at a phone or find a drink. Just push a button to slide the visor out, without needing to go through the rigmarole of detaching the entire headpiece.

Still, the nausea-inducing issues with the other VR systems are present here, too. I don’t consider myself prone to motion sickness, but I can’t handle more than 30 minutes or so in VR at a time.

The Rift and the Vive have better screen resolution, while Sony’s system boosts more frames per second for smoother video. But don’t get bogged down on specs. The differences are negligible.

And the PlayStation VR preserves the social aspect of gaming. What you see inside the headset is replicated on a TV screen, so others in the same room can follow along. The Rift and the Vive can simulcast on a computer monitor – not quite the same as a big-screen TV.

Sony’s headset differs from other headsets in that the slots for eyes and the headband that holds the device in place are separate, making for a two-part adjustment process that allows for more variations.

The TV also can be used for multiplayer experiences, with the VR user battling players looking at the screen. Sony throws in “The Playroom VR” with a couple of fun examples of asymmetrical gameplay. Nothing like that is available yet for Rift or Vive.

The PlayStation VR fits better than the Oculus Rift and HTC Vive headsets too, especially for people who want to wear glasses along with the headset.

Another major departure from other VR headset is that there is no “VR interface” for the PlayStation VR, like the ones you’d find on the Gear VR. What you see once you turn the PS VR on is the same launch screen you’d see if you are playing the PS4 normally, displayed in a flat state in front of you. It’s not until you start a game does the graphic “surround” you and become an immersive VR experience. Navigation is done via the PS4 controller — which you surely have — or that PlayStation Move controller (which you’d have to buy separately). Most of the time, the PS4 controller is more than enough. 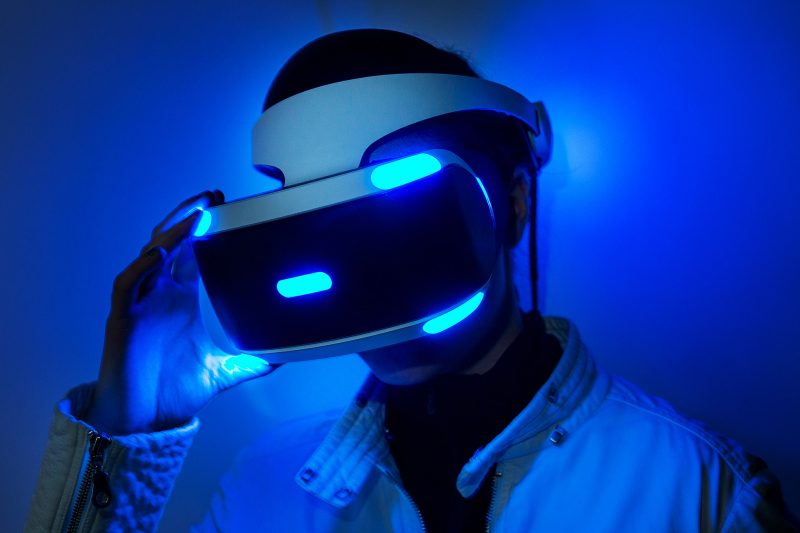 You can dodge obstacles in a street luge game by moving your head, or use an on-screen rendition of standard DualShock 4 controllers in the spatial puzzler “Super Hypercube.” The best games, though, use the wand-like Move motion controllers, with light-emitting bulbs positioned above a trigger and other buttons. These controllers aren’t as sleek as Vive or Rift remotes, but they get the job done of mimicking hands in virtual space.

The Vive offers the most immersive experience given that it uses two sensors mounted on opposite corners of a room. But I was pleasantly surprised by the accuracy of the PlayStation camera. I was able to fluidly execute a 180-degree spin as the Dark Knight in “Batman: Arkham VR.”

The Sony system is also way easier to install. You just plug it into the PS4.

Despite all its strides, PlayStation VR won’t be for everyone . Besides gawking at the whimsical animated VR movie “Allumette” or streaming Netflix on a virtual screen that looks way bigger than your actual TV, there’s little available for non-gaming fans. That’s a limitation with the Rift and the Vive, too.

Even most average gamers won’t need the PlayStation VR. The available experiences aren’t on par with what gamers have come to expect from countless hours of “Grand Theft Auto” or “Call of Duty.”

But for anyone who’s been excited about the lofty promises of VR, Sony has delivered a worthy wired experience that’s comfortable for both your noggin and your wallet.

At the end of the day, none of these VR headsets have the tech ready yet to pump out truly seamless, immersive, and life-like content. Let’s not talk 1080p, even Samsung’s quad HD display on the Gear VR isn’t “clear” enough for VR — you still see pixels and blurry shots. The Oculus Rift and HTC Vive offer 2160 x 1200 resolution, but it likely won’t be enough.

Low resolution aside though, the PS VR does a fine job in pumping out the image otherwise. With nine tracking positional-tracking LEDs that Sony says has a latency of only 18 milliseconds, and a 120HZ refresh rate, the graphics mostly run smooth without the jittery-ness of cheaper VR headsets.