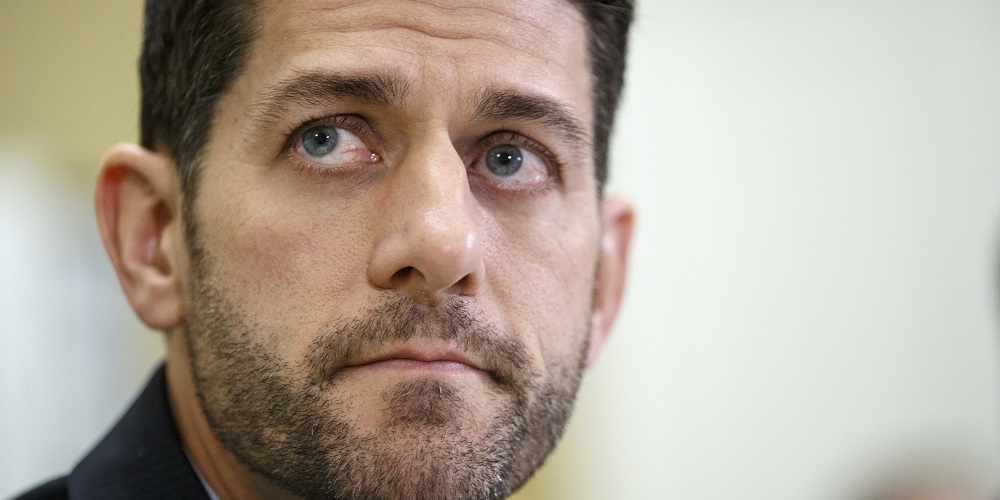 President-elect Donald Trump‘s solution for fixing what he called the ‘disastrous’ Obamacare was making it ‘better.’ House Speaker Paul Ryan has claimed that Obamacare is headed for a death spiral, but that isn’t quite right either.

This is actually what happens during a ‘death spiral.’

A death spiral is what happens when premiums rise so much that young and healthy enrollees drop coverage in large numbers. When that happens, the overall mix of insured people—known as the “risk pool”—tilts toward sicker and older people. This boosts the overall cost per person, forcing insurers to raise premiums again—which causes the remaining young and healthy enrollees to drop their coverage. That pattern repeats itself until the insurance market collapses entirely, with no one able to afford insurance. It’s a worst-case scenario for any health care reform, and avoiding it is why the White House has been so determined to get young and healthy people to sign up.

S&P actually project much smaller losses for insurers in 2017 than in 2016 which could lead to smaller premium hikes. What Ryan also leaves out while he’s talking about huge premium hikes is that much of that is subsidized so insurance clients don’t feel it.

What’s interesting is that while Obamacare may actually be stabilizing itself after some growing pains, and Congress is ready to take it apart. 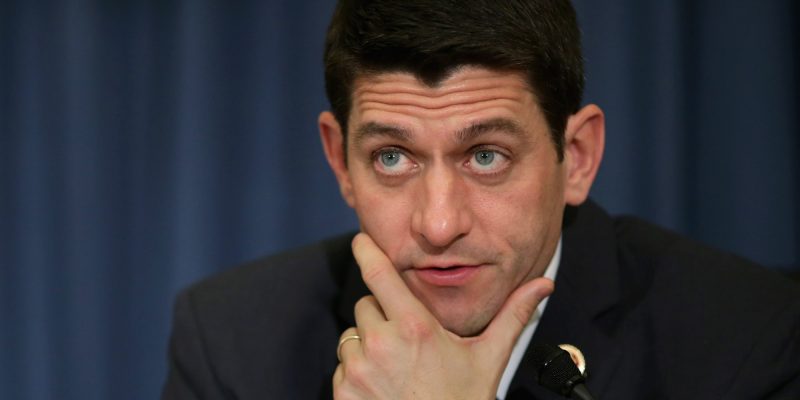 Insurance premiums would soar for millions of Americans and 18 million more would be uninsured in just one year if Republicans scuttle much of President Barack Obama‘s health care overhaul without a replacement, Congress’ budget analysts said Tuesday.

Spotlighting potential perils for Republicans, the analysts’ report immediately became a flashing hazard light for this year’s effort by Donald Trump and GOP lawmakers to annul Obama’s law and – in a more complicated challenge – institute their own alternative.

It also swiftly became political fodder in what is expected to be one of this year’s biggest battles in Congress.

Republicans have produced several outlines for how they’d redraft Obama’s 2010 statute, but they’ve failed to unite behind any one plan. In fact, President-elect Trump and GOP congressional leaders have at times offered clashing descriptions of a top goal, so eventual success is hardly guaranteed.

Together, they analyzed a Republican-written bill, vetoed by Obama last January, that would have erased major portions of his overhaul. Those included tax penalties for people who fail to buy insurance and for larger companies that don’t cover workers, federal subsidies to help consumers buy policies on the law’s online marketplaces and an expansion of Medicaid coverage for low-income people.

The new report said that under such a measure, premiums for individual policies – excluding the coverage many workers get from employers – would swell by up to 25 percent the first year after enactment and double by 2026. The number of uninsured would reach 32 million over the decade, the analysts said.

However, Republicans say there’s a big difference between that 2016 bill and this year’s plan: Last year’s version would not have replaced Obama’s statute with a GOP alternative, while Republicans insist replacement will be an integral part of their new health care drive.

Citing that difference, Donald Stewart, spokesman for Senate Majority Leader Mitch McConnell, R-Ky., said the report “assumes a situation that simply doesn’t exist and that no one in Congress advocates.” AshLee Strong, spokeswoman for House Speaker Paul Ryan, R-Wis., called the estimates “meaningless” because they ignore plans for legislation and regulatory actions by the incoming Trump administration for revamping how people could obtain coverage.

“Nonpartisan statistics don’t lie,” countered Senate Minority Leader Chuck Schumer, D-N.Y., who said the report showed Republican plans to void Obama’s overhaul “will increase health care costs for millions of Americans and kick millions more off of their health insurance.” House Minority Leader Nancy Pelosi, D-Calif., said it illustrated that the GOP effort “will be nothing less than a nightmare for the American people.”

Trump seemed to complicate the GOP drive last weekend when he told The Washington Post that a forthcoming Republican plan would provide “insurance for everybody.” In contrast, some congressional Republicans have described their goals more modestly, saying they will offer “universal access.”

The CBO analysis has particular weight because Republicans have cited last year’s bill as a starting point for their 2017 drive to erase Obama’s law.

For Senate procedural reasons, that 2016 GOP bill also had to leave intact some mandates that Obama’s law has imposed on insurers. Those include requiring coverage of certain services and barring insurers from denying policies to sick people or charging them higher rates.

Those same Senate procedures could make it hard for Republicans to erase the mandates this year, too. And that would make things tough for the GOP because those insurance requirements tend to drive insurers’ costs higher, and leaving them intact while other parts of Obama’s statute are erased could wreak havoc.

CBO said that under the 2016 Republican bill, most reductions in the number of insured people would come from annulling the tax penalties Obama’s law imposes on people who don’t buy policies: Some people would simply drop out if not forced to buy insurance. In addition, some insurers would leave individual insurance markets as consumers stopped buying coverage.

The report estimated that half of Americans live in regions where no insurers would sell individual policies in the first year after marketplace subsidies were eliminated. That would grow to 3 in 4 people by 2026.

At her last official session with reporters, Obama’s outgoing health secretary, Sylvia Burwell, held a copy of the CBO report as an example of the consequences if Republicans repeal the law without a replacement.

Asked if that would mean a “death spiral” for the individual health insurance market, Burwell said it was fair to say it would put the market “into that kind of negative spiral.”