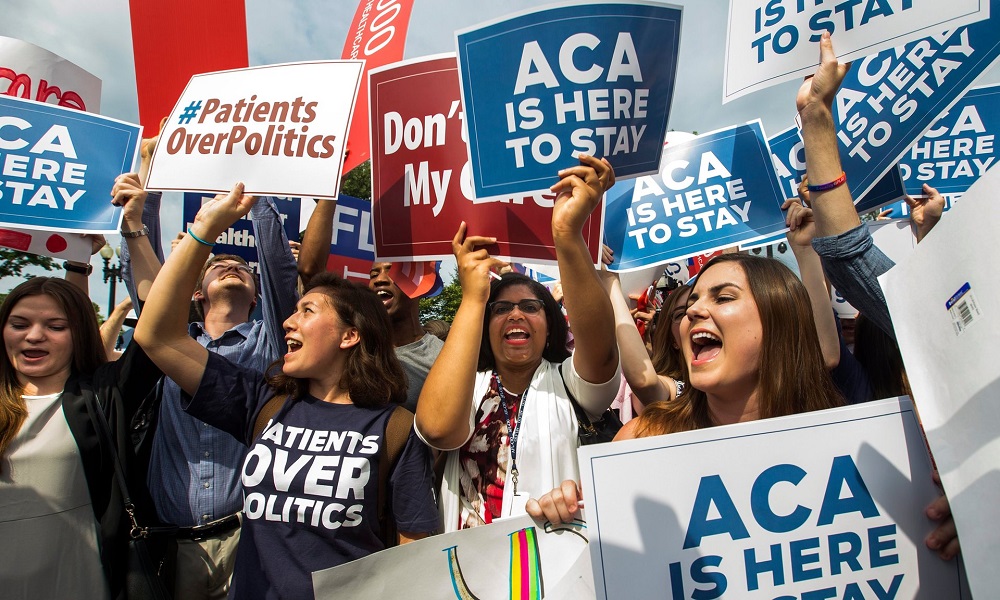 The day began with Mike Pence with the Republican party and Barack Obama with the Democratic party ready for a huge battle. What will become of America’s health care system?

Will President-elect Donald Trump make enough changes to Obamacare to rename it “Trump Cares,” or will the Republican party hold off on making impulsive moves and take a more sensible approach making sure that Americans won’t be hurt by this battle?

Republicans must be careful in that the Dems own the failed ObamaCare disaster, with its poor coverage and massive premium increases……

like the 116% hike in Arizona. Also, deductibles are so high that it is practically useless. Don't let the Schumer clowns out of this web…

massive increases of ObamaCare will take place this year and Dems are to blame for the mess. It will fall of its own weight – be careful!

Donald Trump’s “first order of business” will be to repeal President Barack Obama’s health care law and replace it, but Republicans must avoid hurting consumers as they do that, Vice President-elect Mike Pence said Wednesday.

Sixteen days before leaving the White House, Obama championed his landmark overhaul before Democratic lawmakers and urged them to remind voters of how the statute has helped them.

“Look out for the American people,” Obama said as he left the meeting in response to shouted questions.

“Keep up the fight,” Obama told congressional Democrats at a strategy meeting in the Capitol visitors’ center, according to Rep. Tim Ryan, D-Ohio. “Tell the stories about the people who have benefited from it. The more you can get that message through, the better off we’re going to be.”

Pence spoke to reporters after holding an hour-long session with House Republicans in the Capitol. Rep. Dave Brat, R-Va., said Pence told them the goal was to get legislation dismantling the health care law to Trump for his signature by Feb. 20.

“The first order of business is to repeal and replace Obamacare,” Pence said, using the overhaul’s nickname. He said Americans “voted decisively for a better future for health care in this country, and we are determined to give them that.”

Pence said Trump’s team was already working with GOP congressional leaders on plans to undo Obama’s law with both legislation and executive action the president and federal agencies would be able to take.

Pence did not specify what those actions would be. But House Speaker Paul Ryan, R-Wis., told reporters that they would involve “transition relief.” That phrase has been used to describe help for consumers and insurers while Obama’s law is being phased out and replaced with a GOP alternative, a process expected to take years.

Republicans are discussing delaying when the repeal of major provisions of that law would actually take effect, perhaps in 18 months or more. It is expected to take at least that long for GOP lawmakers to rally behind a plan to replace it.

Minutes before Obama and Pence met with lawmakers, Trump tweeted that voters are faulting Democrats for the health care law and its rising premiums, deductibles and other problems.

“Massive increases of ObamaCare will take place this year, and Dems are to blame for the mess. It will fall of its own weight – be careful!” he wrote.

Pence told reporters that the president-elect was referring to the need to protect consumers during the transition period.

Trump pledged during the presidential campaign to erase Obama’s law, though he’s said he wants to retain popular provisions like ensuring coverage for people with pre-existing medical problems.

Obama’s and Pence’s strategy sessions came on the second day of the new, GOP-led Congress. When Trump enters the White House, it will put the party’s longtime goal of annulling much of the 2010 health care overhaul within reach.

Plenty of questions remain, including the repeal bill’s details, costs and when it would take effect. Republicans also face divisions over the next step – replacement legislation – that will likely take months or years to resolve.

Republicans eager to show quick action against Obama’s health care law took an initial procedural step Tuesday, introducing a budget bill that would have to be considered under a parliamentary procedure that would prevent Democrats from using a Senate filibuster to protect the health care law.

Republicans control the Senate by a 52-48 margin, but it takes 60 votes to end a filibuster, a procedural roadblock that can kill legislation.

The Senate was expected to complete the budget by next week. House approval would follow.

The budget legislation gives congressional committees until Jan. 27 – a blink of an eye for lawmakers – to write legislation repealing major parts of the health care law. Likely targets include the law’s tax penalties for people who don’t obtain insurance, its requirement that many companies cover workers and tax increases on higher-earning individuals and many health care firms.

Aware they have no chance of quickly agreeing on replacement legislation, Republicans plan to delay when their repeal would actually take effect. A range of 18 months to three years – perhaps longer – has been under discussion.

Trump has provided few specifics about how he would revamp the nation’s $3 trillion-a-year health care system. Steps he and congressional Republicans have mentioned include greater reliance on tax credits to help people afford coverage.

Republicans don’t want to abruptly end health care coverage for millions of voters who live in GOP-represented districts and states or cause chaos in health care markets and prompt insurance companies to stop selling policies. So they are considering including provisions in their repeal bill to protect consumers and insurers during the transition period.

Sen. John Thune, R-S.D., a member of the GOP Senate leadership, said that could include money to temporarily continue helping people afford to buy coverage and language letting the Department of Health and Human Services help stabilize insurance markets.