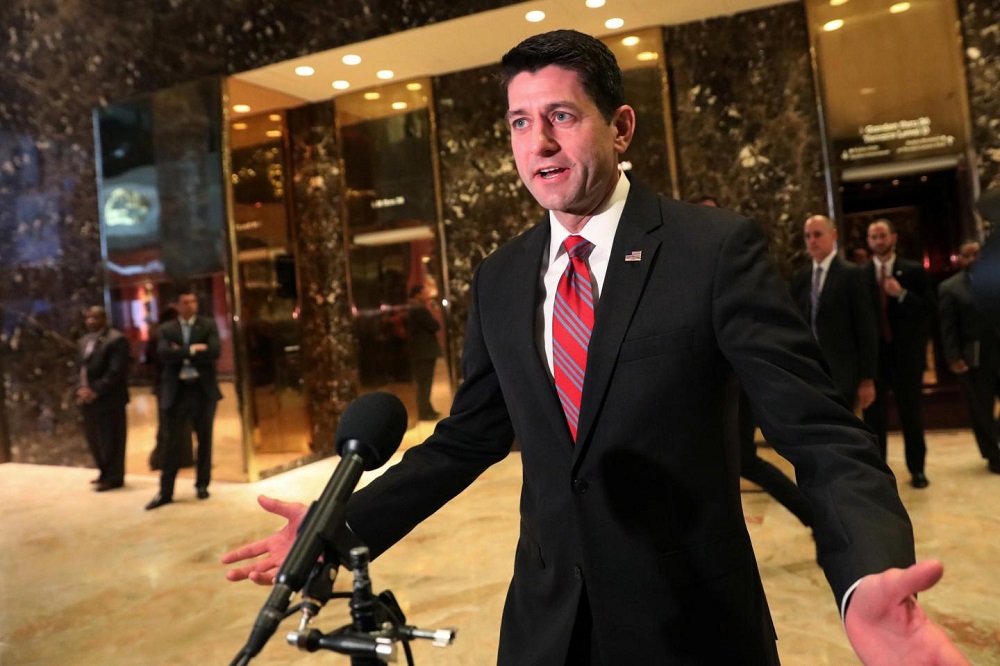 With over 20 million Americans already signed up for Obamacare in 2017, Republicans know that replacing it quickly as President-elect Donald Trump first promised will be far from an easy task. In fact, unless they plan on losing their seats in the next election, they know that they have to make sure their voters won’t lose their health insurance in the process.

Republicans are united on repealing President Barack Obama‘s health care law, but ideologically and practically speaking, they’re in different camps over replacing it. Getting the factions together won’t be easy.

Some Republicans would revise and rebrand “Obamacare,” junking unpopular provisions like its requirement that most Americans carry health insurance while preserving more popular provisions. Others would rip up the Affordable Care Act, or ACA, and not replace it.

President-elect Donald Trump and Republican congressional leaders will have to unite the groups on complicated changes affecting the financial and physical well-being of millions of people. For some constituents in fragile health, it’s literally a life-and-death debate.

Republicans have “a really narrow path,” says Grace-Marie Turner of the Galen Institute, a free-market health care research organization. “They’ve got to deal with the politics of this, they’ve got to make sure they come up with good policy, and they also have process challenges.”

Success is not guaranteed, and Republicans may come to regret that their party defined itself as totally opposed to “Obamacare.”

Yet House Ways and Means Chairman Kevin Brady seems unfazed by the challenge. “It’s like tax reform,” the Texas Republican says, explaining that many pieces will be pulled together. “Unlike Obamacare, which ripped up the individual market, this will be done deliberately, in an appropriate timetable.”

Republicans say they will move quickly to repeal the ACA while suspending the effective date to allow them to craft a replacement. Here’s a look at the GOP camps and who’s in them:

Many Republicans may quietly be in this contingent, but fear being accused of promoting “Obamacare-lite.”

They’d strip out some of the ACA’s taxes and requirements. The unpopular “individual mandate” to carry health insurance or risk fines could be replaced with another persuasion short of a government dictate. Rules on insurers would be loosened.

But popular provisions such as protecting those with pre-existing health conditions would be retained in some form, as well as financial assistance for low- and moderate-income people. The requirement that health plans cover adult children until age 26 would be fairly easy to preserve, since employers have accommodated it.

A rebranded version of Obama’s law may well cover fewer people. But its GOP advocates believe most Americans will find their goal of “universal access” politically acceptable when measured against the Democratic ideal of “universal coverage” underwritten by the government.

Many GOP allies in the business community favor revising the ACA. That includes major players among hospitals, insurers and pharmaceuticals.

Trump may have given this group some cover by saying that he wants to keep parts of the law, but his bottom line remains unknown.

For budget hawks, unwinding the Obama health law is a beginning. Next, they could move on to much bigger objectives like restructuring Medicaid and Medicare and placing a cost-conscious limit on tax breaks for employer coverage.

Budget hawks see health care as the main driver of government deficits, and they are loath to address that imbalance by raising taxes. Instead, they want to rewrite the social compact, so individuals accept more responsibility and risk for their health care.

House Speaker Paul Ryan is the most prominent member of this camp, and his “Better Way” agenda is its roadmap. Georgia Rep. Tom Price, Trump’s nominee to run the Department of Health and Human Services, is a budget hawk. Vice President-elect Mike Pence has been in the same orbit throughout his career.

The problem for budget hawks is that the 2016 political campaign did not give them a mandate. Issues like Medicare and Medicaid were scarcely discussed. Trump said he wouldn’t cut Medicare, and sent conflicting signals on Medicaid.

Many Democrats can’t wait for Republicans to follow the call of the budget hawks. Betting that will backfire, House Democratic Leader Nancy Pelosi is rallying her lawmakers against “attacks on the ACA and Medicare.”

The most conservative lawmakers want to “pull Obamacare up by the roots as if it never existed,” says Republican political consultant Frank Luntz. That sentiment is embodied by the 40 or so members of the House Freedom Caucus, and it’s probably broadly shared among conservatives.

Some do not believe the federal government should be involved in health care, and they couldn’t care less about replacing the ACA.

“They would say that Obama’s plan has failed,” said Luntz.

GOP leaders may need these lawmakers to advance on replacement legislation; coaxing them to a middle ground might not be possible.

Trump calls the ACA “a disaster,” and that’s pleasing to those farthest on the right. It’s unclear if he’d walk their walk.

At the core of this small group are legislative veterans who understand the excruciating difficulties of getting major bills to a president’s desk. GOP Sens. Lamar Alexander of Tennessee and Susan Collins of Maine are pragmatists.

They may find support from Republican governors who expanded Medicaid under the health law. GOP congressional leaders could gravitate to this camp.

The biggest challenge for pragmatists will be to win over some Democrats for replacement legislation. While repealing most of “Obamacare” is possible with a simple majority in the Senate, 60 votes would probably be needed for a replacement. There will only be 52 GOP senators in the coming congressional session.

“Republicans need a fancy Rose Garden repeal ceremony…and I expect them to have one,” said Dan Mendelson, CEO of the consulting firm Avalere Health. “On the other hand, there’s 20 million people with health insurance under the ACA, and they don’t want to dump them. There’s no clear path for how to square that conflict.”