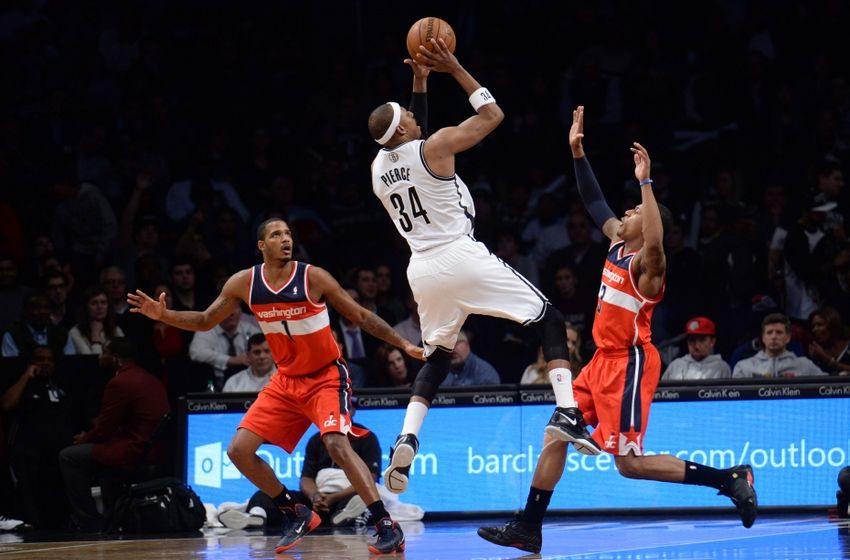 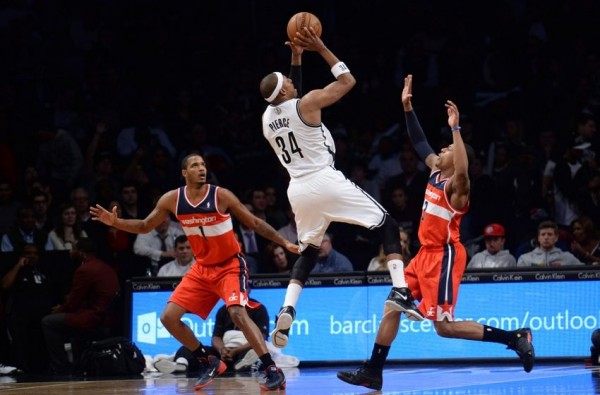 After 15 seasons and one NBA Championship with the Boston Celtics, Paul Pierce shocked the NBA when he was traded along with Kevin Garnett and Jason Terry to the Brooklyn Nets. After only one year with the Nets, Pierce shocked the NBA world again by signing a two year deal with the Washington Wizards. Pierce is entering his 17th year in the league, but he still has a lot to offer—especially to a developing team like the Wizards.

Before this past season, the Wizards had not won more than 30 games in a single season since 2007-2008. The Wizards seem to have finally turned the franchise in a winning direction, largely due to great draft picks like John Wall and Bradley Beal. Wall was the 1st overall pick in the 2010 NBA Draft, and he has improved in each of his four seasons in Washington. Wall had a spectacular season this past year averaging over 19 points and almost nine assists and two steals per game. Beal, the 3rd overall pick in the 2012 NBA Draft, has also made significant improvements between his rookie season and this past season. Last season Beal averaged over 17 points per game and shot over 40 percent from beyond the arc. The Wizards are also arguably one of the best balanced teams in the NBA. Not all of the scoring in Washington comes from their super stars: Marcin Gortat averaged over 13 points and almost ten rebounds per game this past season; and Nene Hilario added another 14 points per game.

Although he will turning 37 on October 13th, Pierce will still be able to contribute at least 25 minutes per game and the veteran leadership and guidance that the young developing team could definitely use. Having a super star and potential NBA Hall of Famer’s energy to feed off may be just the boost the young players on the Wizards need to help sling shot them to a deep playoff run in 2015. With both the Miami Heat and the Indiana Pacers on a steep decline this season, the Eastern Conference is wide open for the 2015 playoffs. The Wizards could easily finish as high as 3rd or 4th in the conference, and could even potentially upset a team like the Chicago Bulls or Toronto Raptors in the playoffs.

The Wizards will certainly benefit from signing Paul Pierce. Expect the young players on the team to improve significantly this season and the team as a whole to rally behind Pierce as they strive to make the playoffs for the second year in a row.