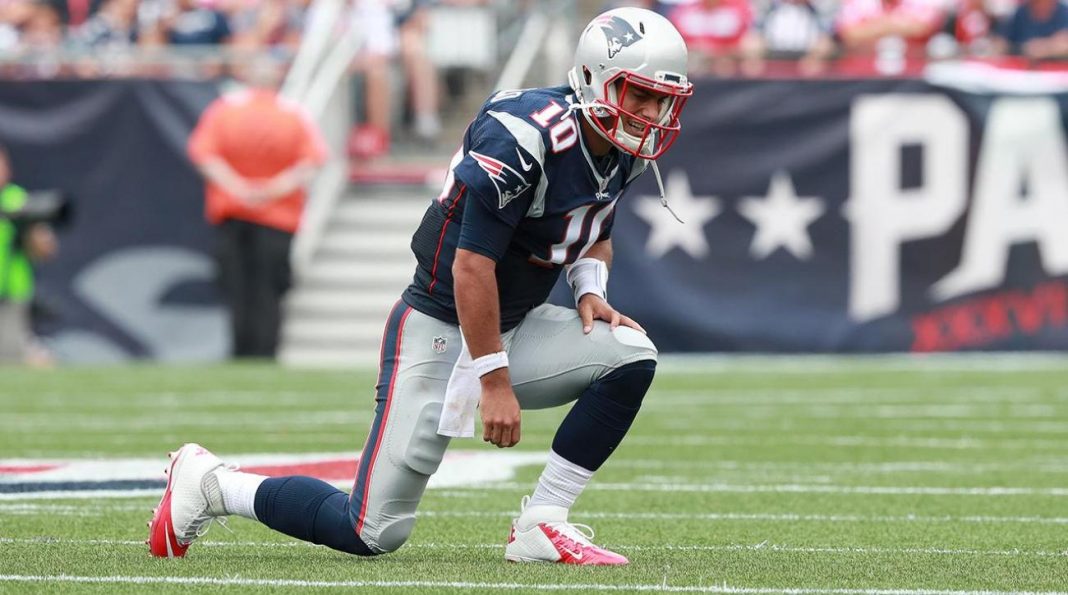 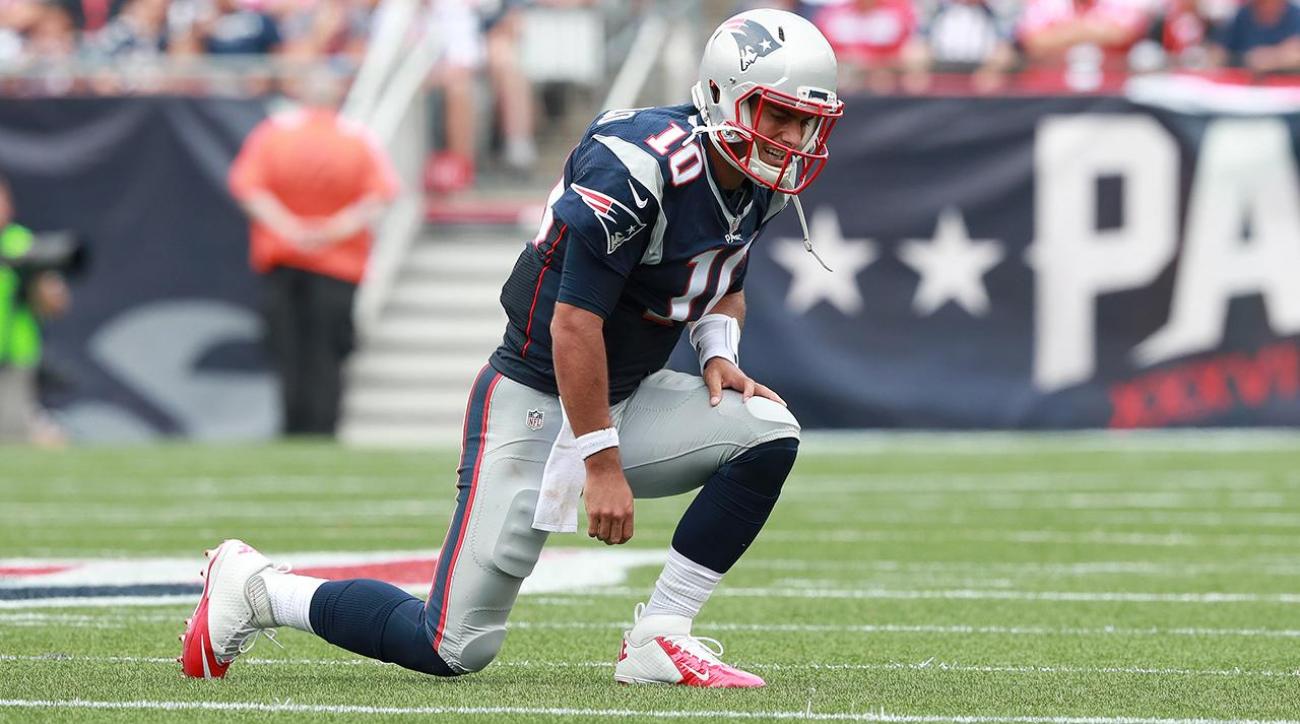 In his second start in place of the suspended Tom Brady, New England Patriots quarterback Jimmy Garoppolo impressed yet again, finishing with 234 yards and three touchdowns in the team’s 31-24 win over the Miami Dolphins. The victory brings the Pats to 2-0 in the absence of Brady.

In the second quarter, however, Garoppolo was forced to exit with a shoulder injury to his throwing arm. As a result, rookie quarterback Jacoby Brissett was thrust into the spotlight, drawing uncertainty to a position that has been incredibly stable since Brady took over. Garoppolo is expected to miss at least 1-2 weeks, meaning Brissett may be starting for the final two games before Brady’s return.

Brissett, the third-round pick in the 2016 NFL Draft out of North Carolina State was widely preferred by scouts over Mississippi State quarterback Dak Prescott, who was taken 44 picks later. Prescott has filled in for Tony Romo pretty well so far, and head coach Bill Belichick believes that Brissett is ready for the starting role.

“He’s been working for this for a long time,” said Belichick. “He did a good job in a pressure situation.”

Belichick, however, didn’t rule out the possibility of looking for a free agent quarterback ahead of their Thursday Night Football matchup this week with the Houston Texans, adding, “We’ll do whatever we think is best for the team.”

Garoppolo is 42-of-60 for 498 yards, four touchdowns, and no interceptions in his two games this season, proving that it isn’t overly difficult for a quarterback to succeed in Belichick’s system. Unfortunately, the injury may make it tough to find a new quarterback should Bill decide Brissett isn’t fit.

“It sucks, but it’s part of the game,” said wide receiver Julian Edelman. “It’s terrible. It’s unfortunate. Jimmy was playing his tail off.”

Edelman played quarterback in college, and should the Patriots need him; he would be the replacement quarterback. Either way, Garoppolo can expect quite a few phone calls when Brady returns to the field. A handful of teams urgently need a quarterback.