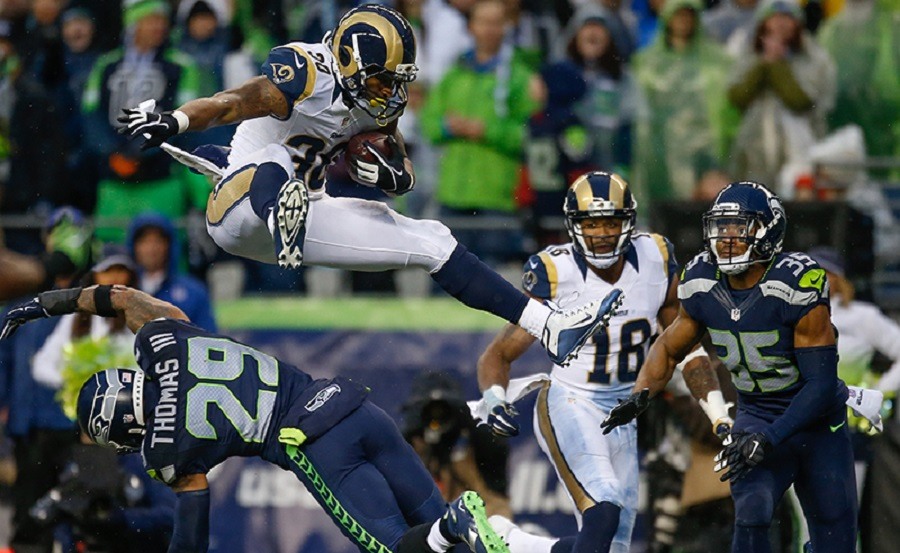 Los Angeles Rams Win Home Opener despite No Touchdowns in 2016

The Los Angeles Rams have won their first game since 1994. That’s right, in their home opener, the Rams defeated the Seattle Seahawks 9-3.

Over 91,000 fans were in attendance for the team’s first game in L.A. after 22 years in St. Louis, including countless celebrities. All there for one reason—to welcome home a team that many of them lost during their childhood.

The lots were full of tailgaters, many of them draped in throwback jerseys of Marshall Faulk (even though he played his entire career in St. Louis) and other stars from the Rams glory days. Parking was $100 (yep), and the stadium smelled of hot dogs.

Aside from scattered Todd Gurley No. 30 jerseys in the crowd, it was hard to spot a player from the current roster, a sad testament to the state of the franchise.

In their return, however, the Rams defense played lights out against the Super Bowl XLVIII champion Seahawks, a team that many pointed to this year as favorites in the NFC. Amazingly, they did it all without a touchdown, relying on three field goals to push them past the division rivals.

With a 28-0 loss in their Week One matchup with the San Francisco 49ers, the Rams have yet to score a touchdown this season. So, as it stands now, the Rams have more wins than touchdowns through two weeks of football.

Has that ever happened before? I looked, but I couldn’t find anything definite. I don’t think the touchdowns-to-wins ratio is an official stat.

The crazy part is, the Seahawks committed the only turnover of the game. Russell Wilson and Case Keenum didn’t necessarily play atrocious football; they simply couldn’t get anywhere. Seattle wide receiver Doug Baldwin going down didn’t help the situation either.

The Rams go back on the road against the Tampa Bay Buccaneers and Arizona Cardinals before returning home for the Buffalo Bills.

Los Angeles has its team back, and the Rams have that first win under their belt. Now let’s work on getting touchdown No. 1.