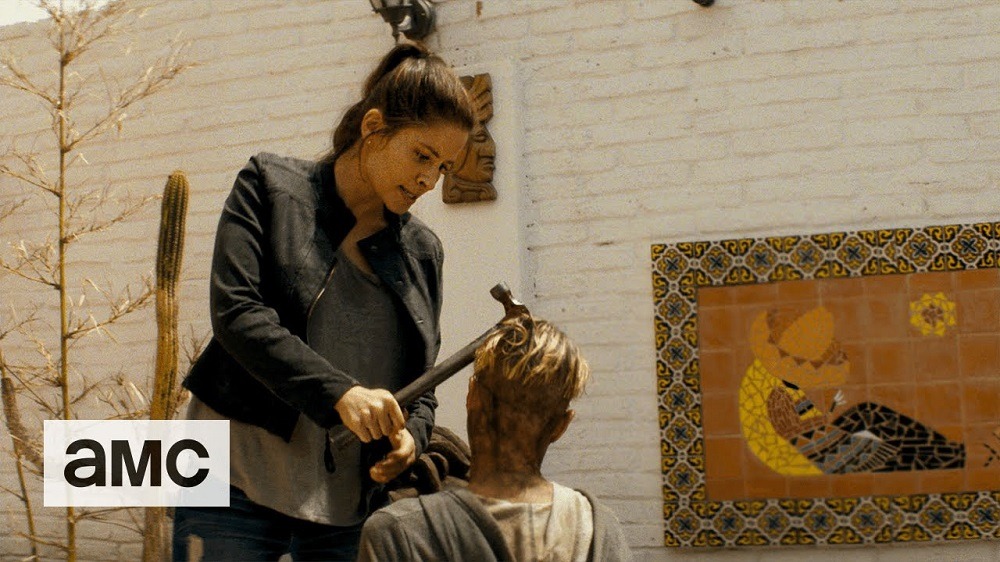 Not everyone is on board with the way the Colony is being operated on “Fear the Walking Dead.” Francisco decided the place was becoming too dangerous for him and his family, so they bounced.

The guy had good intentions, yet managed to put himself and his loved ones in even more danger shortly after sneaking away from their home. They ended up getting kidnapped by some rough characters who recognized him from the grocery store. 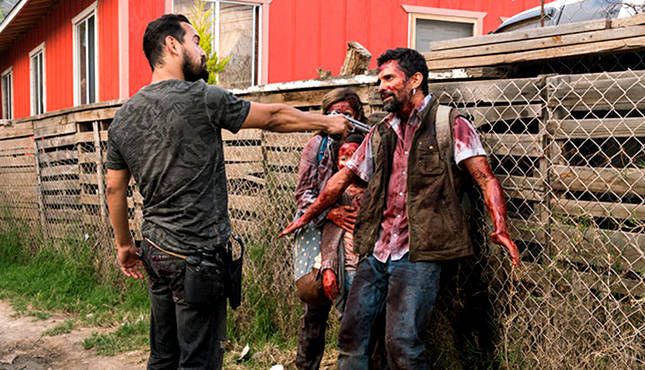 Maybe Francisco felt like he was next in line for being sacrificed to the walkers at the Colony. Who knows his reasoning for leaving a fairly safe place, but his plan didn’t work out the way he envisioned.

During this episode, “Pillar of Salt,” we find out where Ofelia has been since separating from Alicia. She’s wandering around on her own, having flashbacks about her engagement to her boyfriend back in the day.

Ofelia is seen checking out a map getting a truck ready for the road. She appears to be on a mission to find her boyfriend. If that’s so, it seems like a wild goose chase. But she doesn’t have any family left now, even though her friends at the hotel were the next best thing.

Back at the hotel, Maddie and the gang are sprucing the place up. That task is a bit easier now that they’ve ridded the place of the sloppy undead who had made one hell of a mess there.

The generators are working again, and everyone is pitching in to make the place comfortable. Alicia is even taking surfing lessons from one of the guys.

It’s almost like they’re all on a real vacation….right up until Victor gets shanked by the mother of the bride, Ilene. She’s a bit upset about him going Dr. Kevorkian on her daughter in last week’s episode.

The lady is unbalanced clearly and should have never been allowed to stay at the hotel.

One of her faction says, “She’ll come around. We’ll watch her.”

Watch her? Bitch just stabbed a dude! Little late to start keeping an eye on her now.  She’s not a shoplifter. She tried to kill a man!

Maddie decides to lay down the law and declares that Ilene be put on lockdown indefinitely.

“We can’t have violence here,” Maddie says and gets everyone to agree that anyone who aggresses against another, going forward, will be kicked out of the hotel.

Half measures aren’t good enough in this world. Ilene should be dealt with just like her daughter was since both are too far gone to be changed.

It turns out that Alejandro is pretty paranoid. The guy is visibly upset about Francisco fleeing the compound, and he won’t let Luciana leave for a grocery run.

He can see things going downhill fast if more people get the notion to pack up and leave. People gathered together are a powerful resource in this new world, and he knows his group gets weaker with each person who walks away.

Nick can see the pharmacist getting out of control and would like to leave. But Luciana tells him she is the boss and seduces him into staying.

While Nick is getting lead around like a puppy dog, Maddie and Elena have to go on a medical supply run to save Victor. They head to the drug dealers for help, and there’re family issues there for Elena, as her brother is part of the cartel and has abandoned his family.

Maddie causes a scene while trading fish there. And by causing a scene, I mean she nearly gets herself killed for barging in on Francisco’s interrogation. She overheard talk of a gringo and thought it might be Nick.

As she and Elena are being led out of the store, Elena is told by her brother that the gang isn’t going to be at the store much longer.

Alicia is trying to play nurse to Victor as they wait on the medical supplies. She is telling him about growing up taking care of herself since her mom was always busy trying to save Nick and her dad from their addictions.

Victor advises her to “make Maddie see you,” when she says even now her mom isn’t focused on her.

When Maddie finally does return with the meds, she once again shows how desperate she is to save her son. Even though he clearly doesn’t need saving. She lights up the hotel sign so he might find them. 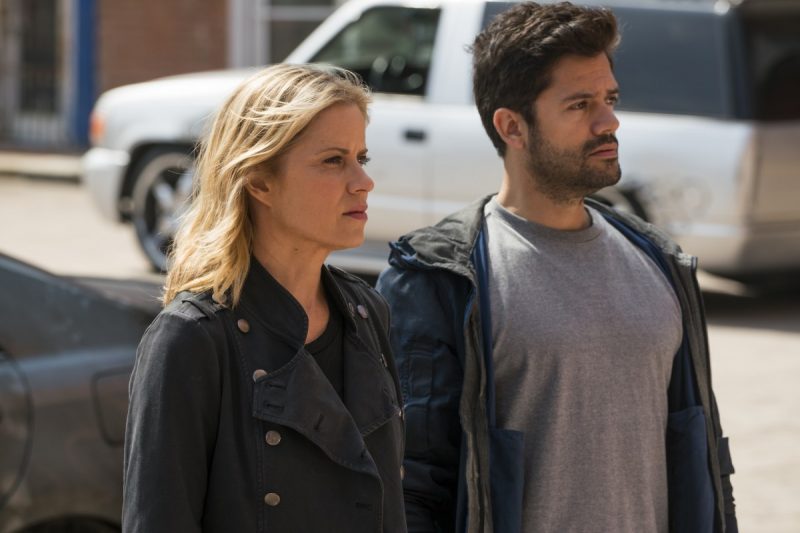 This pisses Alicia right off, and she has words with her mama.

“I’m here, isn’t that enough? ” Alicia asked her, as she chastised her mom for putting everyone at risk by using the lights as a signal.

Maddie knows she’s being reckless, but tries to explain that she just can’t let her child go.

The squeaky wheel gets the oil of course. Alicia doesn’t need chasing or saving. She’s right there. So naturally her mom is always focused on Nick. Sucks for the daughter, though.

The episode came to an end with Travis seeing the hotel sign lit up. He will now try to make his way there in the coming weeks.

But he will have to leave behind his own son, who is now too far gone to save.

It’s a cold world in which these survivors have to walk away from loved ones for various reasons. Looking back is a bad option just like in the Bible story about the lady turning into a pillar of salt.