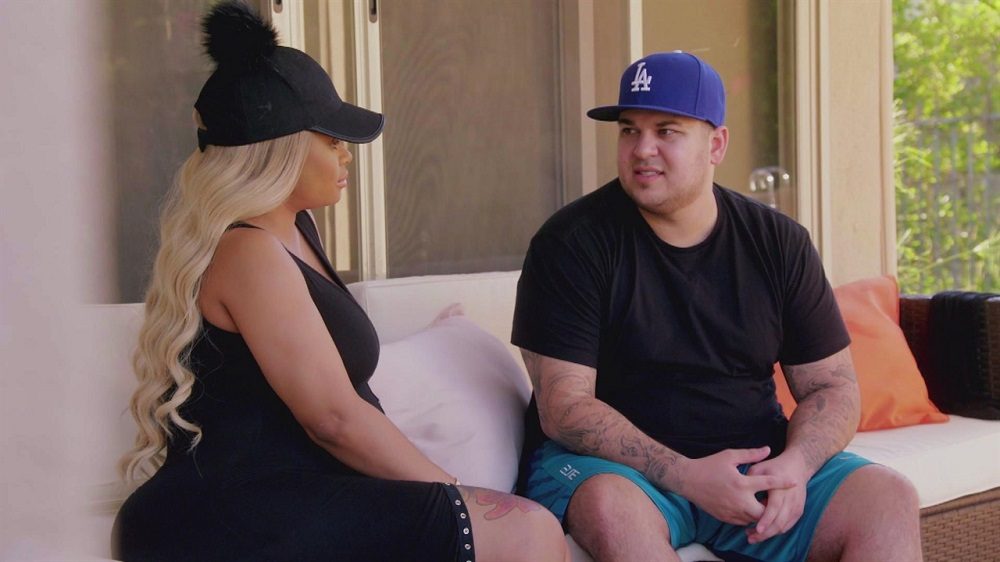 E!’s newest reality series Rob & Chyna continued its first season this week with the episode “Rob-ing the Cradle.” In it, Rob tries to deal with some of his own insecurities while Chyna goes to Cannes for an event appearance.

The episode opens up with Chyna hosting a birthday party for one of her friends at her house. While all of her guests have fun socializing and chowing down on barbecue food, Chyna can’t help but be upset that Rob is missing from her party. While she acknowledges that she is still in a bit of a spat with Rob, Chyna admits that she thought he would still come out to her little gathering.

Meanwhile, Rob is seen hanging out with his buddy Scott Disick. Scott tries to give Rob some advice, seeing that he has dealt with similar issues in that past (i.e. depression, relationship troubles, etc.). He tells Rob that while Chyna clearly loves him, she is probably frustrated that Rob isn’t more secure in both himself and their relationship. In confessional, Rob admits that he brought some of his own personal issues into his current relationship, including some of the insecurities he developed when his last girlfriend cheated on him numerous times. 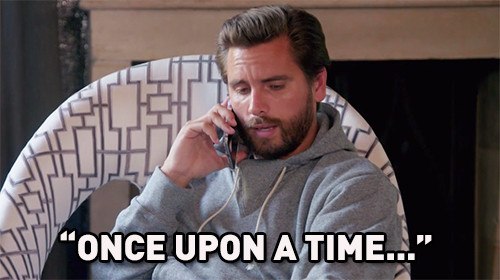 After talking with Scott, Rob calls Chyna and apologizes for not coming out to her party. Rob tells her that he hasn’t been feeling comfortable with his body and just wasn’t up to making a public appearance. In confessional, Chyna says that it saddens her when Rob talks badly about himself.

The next day, Rob pops by Chyna’s house and further apologizes for going off on her the other day. In last week’s episode, Rob was seen fighting with Chyna after he accused her of flirtatiously texting other guys. Chyna accepts Rob’s apology and subsequently, invites him to move back into her place. However, Rob tells her that he isn’t ready to do so, explaining, “I’m not trying to be all up in your space. I want to keep this time for us to get our s*** together and move in a good direction. I just think, where I’m at right now is a good thing for us.” Although she isn’t able to get Rob to move back in, Chyna does manage to get him to promise to come with her to an upcoming event appearance she is scheduled to do in Cannes.

Later, Rob returns back to his place in Calabasas and is shocked when he sees Scott and the Kardashian’s personal trainer Don in his hallway. In confessional, Scott explains that Rob used to be really into sports and exercise. In fact, he points out that Rob was even on his high school track team. However, over the past few years Rob has put his physical well being on the back burner and therefore, Scott takes it upon himself to get Rob back in shape. After Rob’s impromptu workout, Scott and Rob meet with celebrity stylist Jen Rade. Jen tries to help find Rob something he will be comfortable wearing while attending the Cannes press event with Chyna. Rob tells her that he will absolutely not wear a suit and just wants something he can feel somewhat confident in. In confessional, Rob admits, “Even when I was in the best shape of my life, I still had insecurity about my weight. On top of that, the paparazzi people follow me and get pictures of me. That shuts me down when I’m not feeling my best.”

Following his meet-up with Jen, Rob feels notably down about his body image. When Chyna finally gets ahold of him, he tells her that he has decided not to accompany her to Cannes. This enrages Chyna, as she yells at him for waiting until the very last minute to tell her. She exclaims into the phone, “You went MIA, you haven’t been answering my pjone calls, and you tell me [you aren’t coming to Cannes] a few moments before we have to leave?! That’s f***ing whack Rob.” Rob apologizes to Chyna and tries to explain that he just doesn’t feel comfortable enough to go to such a highly publicized event. Frustrated, Chyna tells the confessional camera, “Now [Rob’s] letting his insecurities and everything come over him, and it’s not fair to me, and it’s not fair to himself.” Fortunately, Chyna’s friend is able to take Rob’s spot and comes with her to Cannes.

After returning from Cannes, Chyna talks with her friend about the whole situation with Rob. Chyna’s friend tries to explain things from Rob’s perspective, as she says she understands how hard it must be for Rob when it feels so insecure “24/7.” Chyna begins feeling sympathetic for Rob after hearing her friend bring up some valid points from his side of things.

Lastly, Chyna decides to visit Rob at his place and apologize for being so aggressive after he bailed on her. Chyna tells Rob that before she went to the Cannes event she was feeling really insecure about her behind, which made her realize what he must be feeling all the time. She then apologizes and tells him that she will try and be more understanding of his insecurities. Rob acknowledges Chyna’s apology, but tells her that he’s the problem, not her. He says, “I just need to get my s*** together. You’re doing great.” After kissing and making up, Rob pulls Chyna into the room next door to show her a little surprise. Chyna’s face lights up when she sees the crib and baby chair that Rob had bought and set up while she was in Cannes. In confessional, Chyna says Rob is proving he is ready to be there for both her and their soon-to-be-born baby girl.

You can catch more Rob & Chyna next Sunday, September 25 on E!