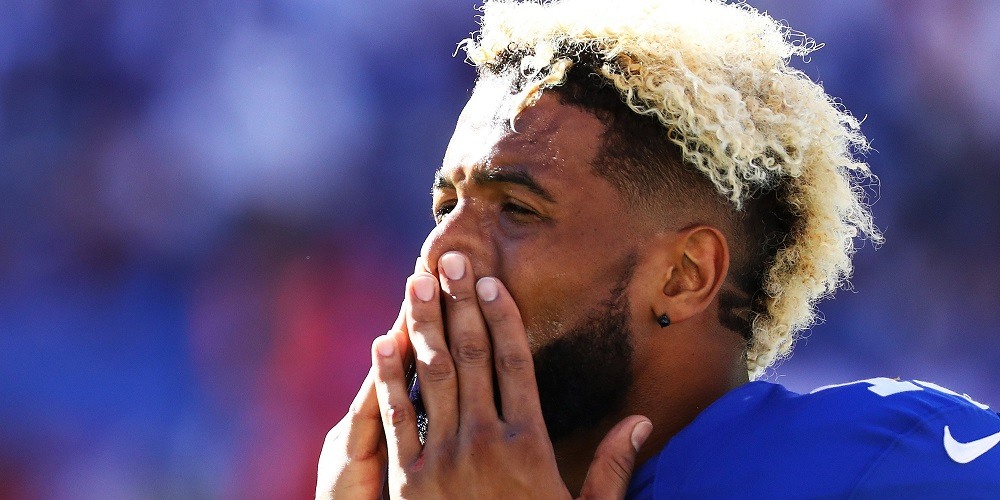 New York Giants wide receiver Odell Beckham Jr. has had a rough couple of weeks. A hard block to the back of New Orleans Saints safety Kenny Vaccaro cost him $36,000, and a series of outbursts in the game against the Washington Redskins led his head coach Ben McAdoo to speak out.

McAdoo made it clear after the loss to the Redskins that OBJ “needs to control his emotions better and be less of a distraction to himself and his teammates.”

He didn’t do a good job of that in the team’s Monday Night Football loss to the Minnesota Vikings, drawing a 15-yard taunting penalty after one of his three catches. Vikings cornerback Xavier Rhodes had a superb night, holding Beckham Jr. to a career-low 23 receiving yards. That clearly got under Odell’s skin. He wasn’t happy, and he made that painfully obvious. And, apparently, he’s not even having fun.

“Football is my sanctuary,” said OBJ Tuesday. “It’s where I go to escape. It’s where I’m most happy. I’m not having fun anymore.”

So why isn’t Beckham enjoying himself? Well, the hot-headed diva wide receiver feels he has a target on his back. And he does. Defenses know that Beckham is prone to flashes of rage, and it’s very difficult for him to keep level with everyone coming at him. He also knows the referees are always watching.

“You have to protect yourself at all times,” said Beckham after the loss to Minnesota. “I just gotta know where I’m at. I just gotta know that it’s all against me. I have to assume that I’m always in the wrong no matter what. That’s something that’s a tough pill to swallow. You have to understand it, you have to be able to cope with it and just keep it moving.”

Beckham said he doesn’t plan on seeing a sports psychologist. I’m not sure he needs one. He just needs to keep calm on the field. Great receivers are prone to get frustrated when they don’t get the ball; however, OBJ needs to remember to control himself and stop babying around. That’s a good start to being happy.