Home All News Sports Novak Djokovic vs Stan Wawrinka: Hot match to watch at US Open 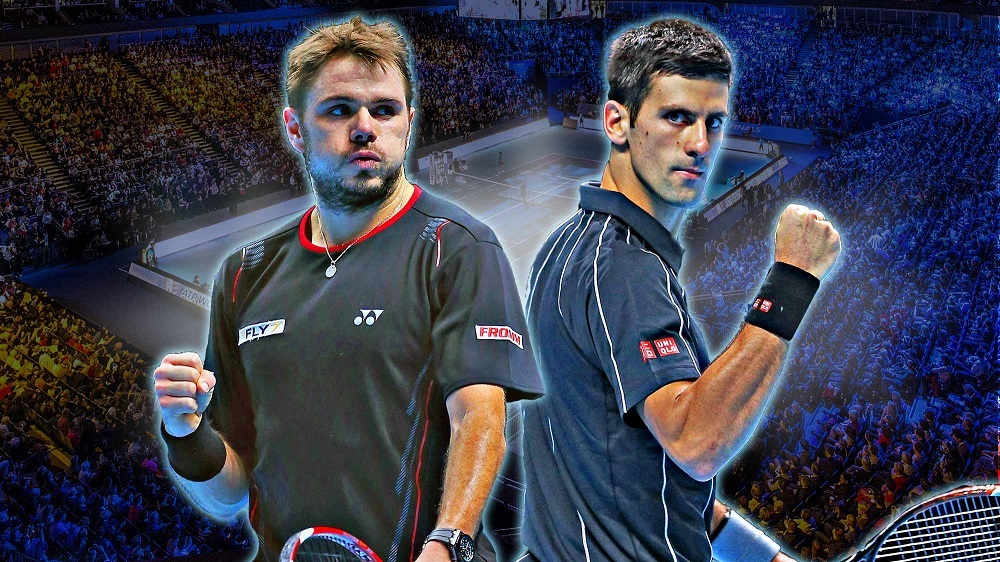 Novak Djokovic has had some big luck at the 2016 US Open with opponents quitting or playing as if they want him to win as with Gael Monfils. He’s gotten his share of rest which he will definitely need with Stan Wawrinka who’s playing to win it.

Novak Djokovic‘s U.S. Open final against Stan Wawrinka on Sunday will be the Serb’s third Grand Slam title match of 2016 and his seventh in the past eight majors.

It is Djokovic’s 21st Grand Slam final in all, second in the history of men’s tennis only to Roger Federer‘s 28. And it gives Djokovic the chance to gain more ground in the championship count, too, of course: He can raise his trophy total to 13, which would place him alone in fourth place behind Federer (17), Rafael Nadal (14) and Pete Sampras (14).

After a draining, and decidedly unusual, four-set victory over Gael Monfils in the semifinals Friday, when he got both shoulders massaged by a trainer, Djokovic looked forward to a bit of rest. That’s kind of rich, considering he has spent almost exactly half as much time on court as Wawrinka so far: a tad under 9 hours vs. slightly less than 18 hours.

“I have an extra day now to recover and get ready for the finals, which is, you know, where definitely I desire to be whenever I come to the Grand Slams,” said Djokovic, the No. 1 seed and defending champion. “I want to be able to put myself in a position to fight for the trophy, and everything that has happened in the tournament so far is behind me now. My thoughts are only on Sunday’s match.”

As well they should be. For while No. 3 seed Wawrinka will be participating in only his third Grand Slam final, he won each of the other two. Plus, he has won each of his past 10 finals at all tournaments. And while he is only 4-19 against Djokovic over their careers, half of Wawrinka’s victories came en route to his major titles, in the quarterfinals of the 2014 Australian Open and the final of the 2015 French Open. 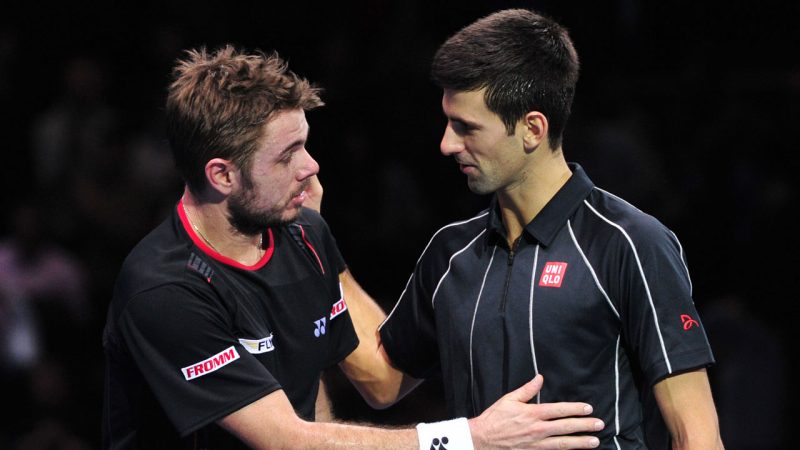 “Stan is a big-match player,” Djokovic acknowledged. “He loves the big stage.”

He’s also something of a late bloomer.

Wawrinka did not reach a Grand Slam semifinal until his 35th appearance in a major, at age 28.

Now, a little more than five months past his 31st birthday, he can become the oldest U.S. Open champion since Ken Rosewall was 35 in 1970. He’d also be only the fifth man in the Open era with at least two major titles after 30 (his Swiss countryman and pal, Federer, only has one since turning that age).

“I know I have some ups and downs during the year. I’m not playing my best tennis in every tournament. But I’m trying to work as hard as I can to give me the chance to play well every time I step on the court,” Wawrinka said after beating Kei Nishikori in a four-set semifinal. “And in Grand Slams is where I want to play my best tennis, is where I want to be the better player, always find a way to find my game and to put everything together.”

Wawrinka, though, nearly departed Flushing Meadows last weekend. That’s when, in the third round against 64th-ranked Dan Evans, Wawrinka faced a match point in a fourth-set tiebreaker, saved it, and wound up winning in the fifth, repeatedly using what’s become his trademark gesture: pointing an index finger to his temple.

What’s that all about?

Nothing he does on a court with his racket is as important as his smooth, one-handed backhand. When on-target, it might be the prettiest, and most effective, shot in all of tennis.

Djokovic can lay claim to some superlatives, too. His return of serve ranks up there with the best ever. As do his body-twisting court coverage and ability to go from defense to offense just like that.

This matchup will be Djokovic’s seventh U.S. Open final, and Wawrinka’s first.

“In general, I know when I arrive in the final, I’m ready to play my best tennis, and that’s what I’m looking for. That’s what I’m trying to do,” Wawrinka said. “But … when you play Novak, even playing your best tennis, you can also lose.”