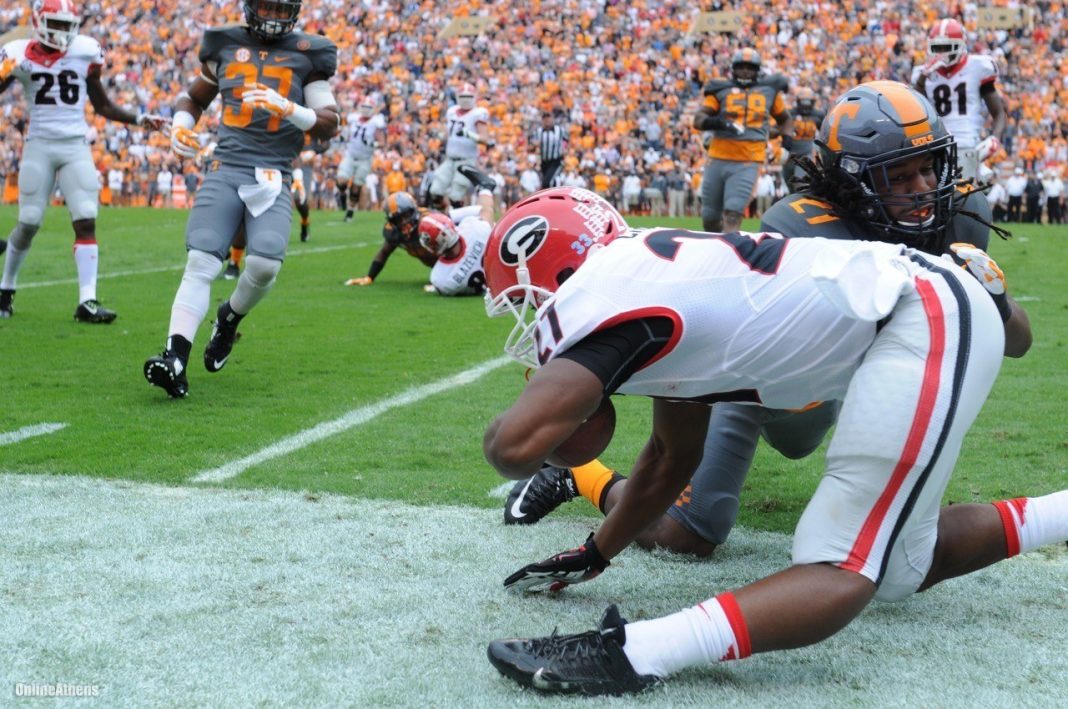 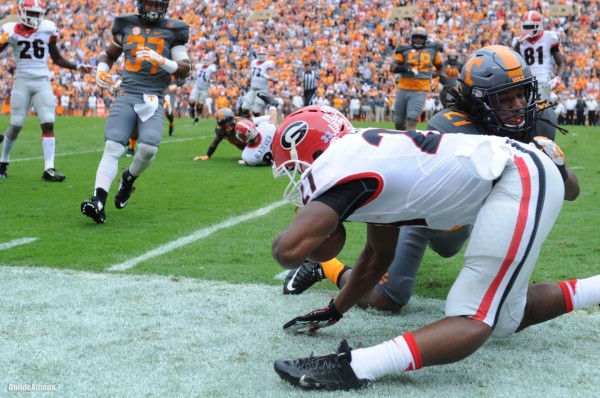 It is truly disgusting to watch college football. How you all continue to do it is beyond me. I know, I know. You love the game of football.

Me, too. I just happen to have a conscience. And seeing what happened to Nick Chubb online (wasn’t watching due to my self-imposed ban on college football) makes me even more determined to stay away from the college game.

At this point I do not know the severity of Chubb’s injury, but it looked really freaking nasty. Like 12 months of rehab nasty.

I almost typed, “don’t know how long Chubb will be out of action.” That’s pitiful.

As if the length of time he will be unable to play for Georgia is more important than how badly this young man is hurt. I guarantee that is the prevailing thought of all the Dawg fans though….” damn, I hope he doesn’t miss the rest of the season.”

Nick Chubb plays for free. Yes, he barters his football abilities for a college scholarship, but he gets no real money. That is a good trade for a guy that never touches the field. But for one of the top ten players in the nation, the deal is clearly unfair.

Seeing Todd Gurley go down last year in similar fashion got my blood boiling since he made the effort to come back after being suspended and was left hung out to dry by his school.

Now here we are again, not even a year later with another Heisman hopeful getting his leg jacked up.

When will these players learn? There is no point in risking injury when you are a top tier player. Nick Chubb would have been a first round draft pick as soon as he declared for the NFL. Now that is up in the air. I’m aware the NFL isn’t perfect. They certainly aren’t player friendly, but at least they pay them for services rendered.

The University of Georgia may teach Nick Chubb enough to earn a degree, but he helps them sell thousands of tickets each week, even for meaningless games against Southern and ULM. Not to mention all that TV money that gets raked in because of superstars like Chubb.

As far as I’m concerned, Nick Chubb is the most valuable employee at UGA. Yet he will receive no worker’s compensation for getting hurt “on the clock.” Fans will leave the game, mostly drunk, worrying about who will step up to take Chubb’s place more than they worry about the man himself. It’s all about the school and the team…except the team forgets about the guy who just got his NFL career put in jeopardy.

The team will suit up next week and keep rolling. Mark Richt will continue to cash huge checks, as will the athletic director at UGA. The TV crew will get paid for their work the rest of the season as they cover the remaining games.

And Nick Chubb will begin the lonely task of rehabbing his knee while cashing no checks.

There is a lesson to be learned here. Actually it should have been learned last year with Todd Gurley being punished by the football gods for his team loyalty.

That lesson? College athletes will continue to be screwed over until they unionize…either formally or they just all decide to take a week or two off collectively. I would love to see the day ESPN and the like get hammered by advertisers who want a refund after all the college games are cancelled over a weekend.

Until that happens I must make a plea to parents all over the U.S. Do not let your child play running back! At best they get their head turned into a canoe over a long career. At worst they tear their knee up just before being able to enter a league that will actually pay them to work.

Unless little Johnny can play QB, punt, or kick consistently, parents should encourage their kids to play an easier sport. The odds are against the kid making it to the professional level anyway. As a running back, the odds are even whose. Just ask Todd Gurley and now Nick Chubb.