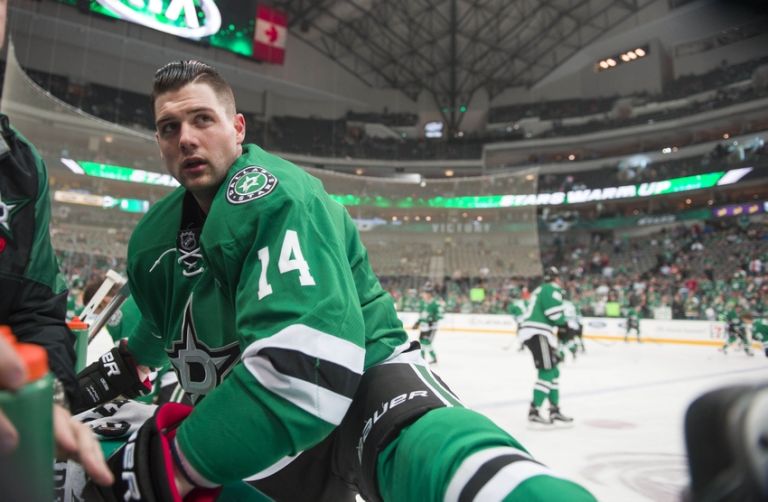 This weekend will be the second last weekend of NHL regular season action as the season will end for most teams on April 9th. While the playoff picture is really starting to take shape in the Western Conference in terms of who is in and who is out, there are still tons of key stretch games coming up for division titles and playoff seeding. Some important games will be played this weekend as teams now have only 3-6 games left in their schedules.

One monster of a game will be played on Saturday afternoon as the Dallas Stars will travel to Los Angeles to face the Kings (4 pm ET). Both teams enter the weekend atop of their respective divisions, but neither has much margin for error. St. Louis could still catch Dallas if the Stars falter while Los Angeles are at even greater risk of losing the Pacific:

For tiebreaker scenarios, at season’s end the first factor is games won without going to a shootout. That number is reflected in NHL standings by the “ROW” statistic, which stands for regulation + overtime wins. At present, Dallas holds the edge over St. Louis in ROWs by four games. Thus, St. Louis effectively has to outplay the Stars by three points in games remaining in order to take down the Central Division.

In the Pacific, Los Angeles also have four more ROWs over the Ducks. While there are scenarios where Anaheim could have more by that stat at season’s end, the Ducks will likely lose a tiebreaker to the Kings should they be locked in points. Clearly, the winner of the Los Angeles/Dallas game will have a significant edge in their division while the loser, especially a regulation one, will become vulnerable to losing top spot.

Another key game early on Saturday sees the New York Islanders host the Pittsburgh Penguins (1 pm ET). The Islanders would be in if the playoffs started today and their situation is growing increasingly comfortable. However, what makes the game key is that they can actually still target the No. 2 seed in the Metro. With a regulation win over the Pens the Islanders, who hold the game at hand over Pittsburgh, could set themselves up with a chance for home-ice advantage in the first round.

Tampa Bay and Florida will both be in action too on Saturday, although not against one another. Each team hosts a non-playoff team as New Jersey visits Tampa Bay and Montreal visits Florida. In the standings, it’s the surprising Panthers that hold the edge by just two points. However Tampa Bay will win in a tiebreaker scenario, so if the Lightning can pull even then, they could supplant Florida as games dwindle.

Sunday is also loaded with playoff-implication games. Firstly, Boston will be in Chicago in search of a difficult two points at 12:30 pm ET. The Bruins are in danger of missing the post-season as Philly and Detroit are both buzzing. The Flyers are particularly threatening to Boston because they still have six games remaining to the Bruins’ four. The Blackhawks themselves could use some points to possibly get back into the No. 2 position in the Central, although they are starting to look more and more like the No. 3.

In regard to Philly, they play Pittsburgh in a game that appears fateful for both teams on Sunday (5 pm ET). Later on St. Louis will be in Denver to face the Colorado Avalanche (8 pm ET), and late on Sunday Dallas will face Anaheim as the Stars complete a very tough back-to-back set in southern California. Nearly everything will settle next Saturday night although there are a couple of games scheduled for April 10th, both of which might still have at least seeding implications.