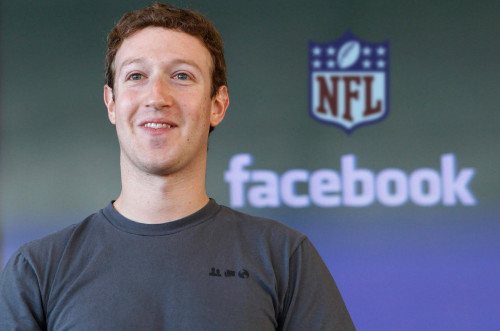 It looks like the NFL won’t be a part of Facebook’s new video streaming service. The social media giant announced that it has withdrawn its bid to live stream NFL Thursday Night Football among other games, which it was competing against Verizon and Amazon among others for the rights to.

Realizing the potential in the growing market for live streaming and watching games directly over the internet, the NFL recently opened up a round of negotiation and bidding for the top tech companies to make games and events more accessible for so-called “cord-cutters”—those who are moving away from cable TV and opting for services such as Netflix, Hulu, and Amazon Prime.

Apparently, Facebook “balked” at the NFL’s proposed advertising model. While the company had a revolutionary idea for handling the games, the league seemed to be stuck in the past.

“There’s a lot of interesting things we can do with sports,” said Facebook vice president of partnerships Dan Rose. “If you think about how people engage on Facebook today, it’s not really around watching three hours of video…There are a lot of different cuts you can imagine.”

The league didn’t seem willing to stray away from commercials in the live stream, which Facebook saw as a deal breaker. The early-morning games in London, England weren’t exactly appealing either.

The main problem is the NFL knows what they have, and they aren’t overly willing to negotiate. CBS and NBC paid around $45 million a game for the rights to Thursday Night Football in 2016 and 2017, and Yahoo ponied up $17 million to live stream 2015’s London matchup. While Mark Zuckerberg and Company have more than enough in the bank to satisfy the league’s price tag, they refuse to be trapped by the NFL’s policies on advertising and accessibility of the games.

I know I’m usually pretty harsh on the NFL, but c’mon, man. There’s a reason Zuckerberg is the fifth richest person in the world. Say what you want about him, the man built a fantastic company, and they know what they’re doing when it comes to 21st-century advertising.