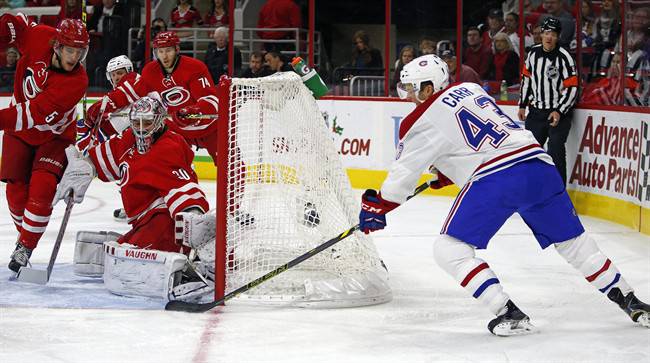 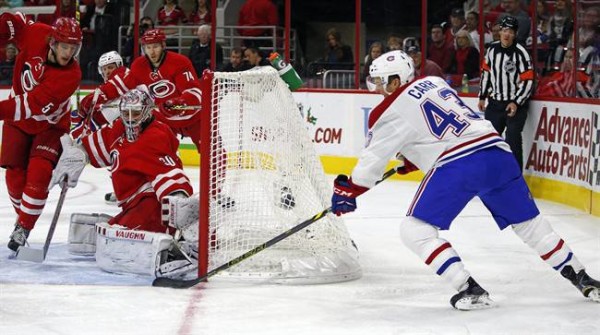 Regression is very much noticeable in the Atlantic Division where a once commanding lead for Montreal has dwindled. The Canadiens, in part due to the Carey Price injury, have lost four straight. A double-digit lead in the standings is now down to just three points with Detroit closing in on a tie in the division.

The Canadiens, with Dustin Tokarski and Mike Condon in net, have not actually given up a ton of goals in their recent slide. In fact, they have yielded just three goals in each of their four losses. That’s not exactly stingy, but it isn’t exactly terrible either and so the problem, just as it was last season, appears to be the offense for this team. However, when Montreal get Price back (whenever they do) I think the Canadiens will resume building their lead in the division – as long as he is as stingy as he was pre-injury.

In other recent team news, Montreal have ended their relationship with Alexander Semin. The once potent scorer appears to be washed up, even though he is in just his early 30s. An off-season gamble by the Canadiens, Semin was not even able to make it through half of a season with the Habs. According to NHL.com, Semin was put on unconditional waivers earlier this week. While he was an excellent offensive player during his time with Washington, Semin now appears to be a tough sell at the NHL level.

The New York Rangers are also a team that is on the slide. Once a frightening team in the Metro Division, New York have only three wins in their last ten games. Friday night saw New York yield a whopping seven goals to a resilient Edmonton Oilers team, with Henrik Lundqvist, tagged for a very rare five-goal night in net. The Capitals, with three games at hand, now hold a one-point lead in the Metro over New York as they have enjoyed a stretch of hockey that has seen them go 7-2-1.

The Oilers are perhaps the most intriguing team in the NHL at the moment. After being underestimated for most of the pre-season and early parts of the regular season, Edmonton appeared to suffer a huge setback when Connor McDavid went out several weeks back. However, with five straight wins, including the seven-goal outing against New York, the Oilers definitely appear to be for real this season. At present Edmonton are 5th in the Pacific and, while they are well back of front-running Los Angeles, the Oilers are just two points back of 2nd-place Vancouver.

The Calgary Flames are also a team doing some damage lately. Still in last place in the Pacific, Calgary have won four straight games and have to have some ambitions for improving their positioning soon. It will take a lot more consistent winning to fade their poor start. However, the Flames can ground some hope in the fact that the Pacific is nearly full of seemingly mediocre teams.

Major headlines for the NHL center around Patrick Kane of the Chicago Blackhawks. The right winger has done all he could do to shake off the pre-season drama that his name was central to. Including a 2-0 result on Friday night that saw Chicago shutout Winnipeg, Kane has scored points in 25 straight games. Kane claimed that the streak is “not really important,” however his play has still captivated fans of the NHL. Not surprisingly, Kane leads the NHL in points with forty-five, five more than the next closest scorer, Jamie Benn.

For once Hockey Night in Canada on CBC won’t actually feature the Toronto Maple Leafs for Saturday night games. Toronto will be idle that day as the Habs host the Senators with a 7 pm ET start on national TV in Canada. The Rangers, following the spanking on Friday in the Alberta capital, will head down to Calgary to face the Flames in a game that will go at 10 pm ET. Another attractive game on Saturday night will feature the Dallas Stars, probably the best team in the NHL, facing the St. Louis Blues (8 pm ET; Fox, regional only).