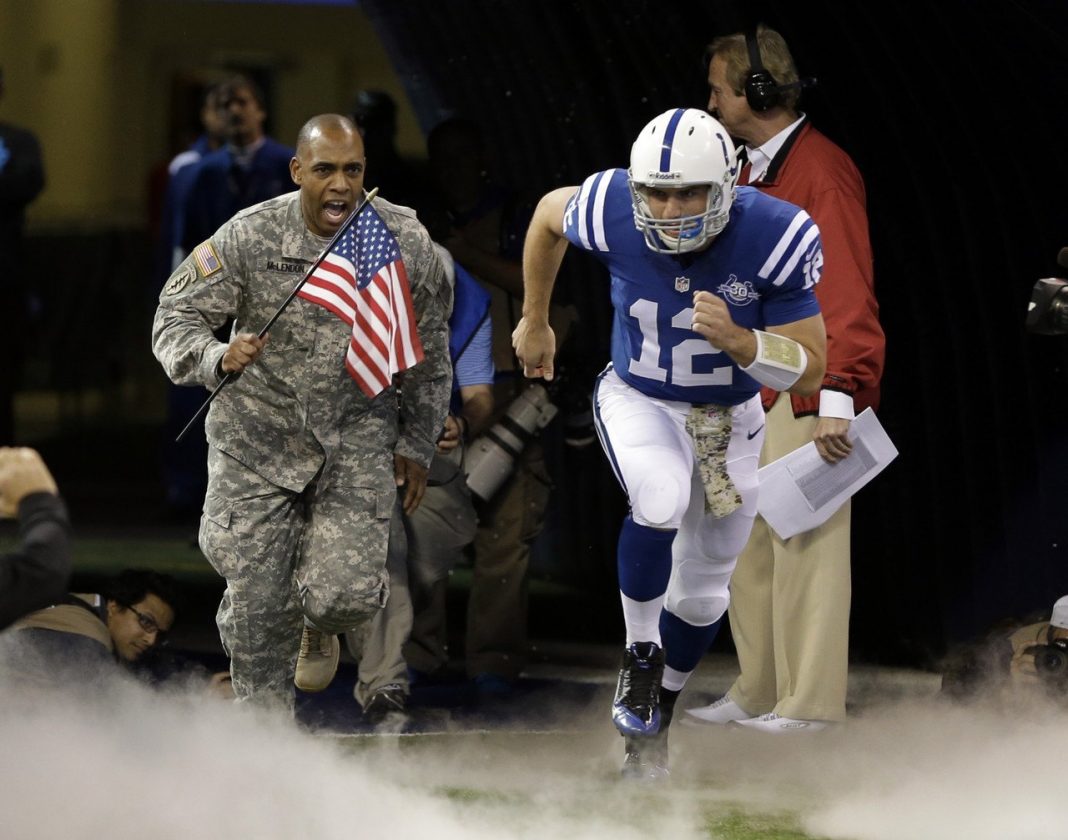 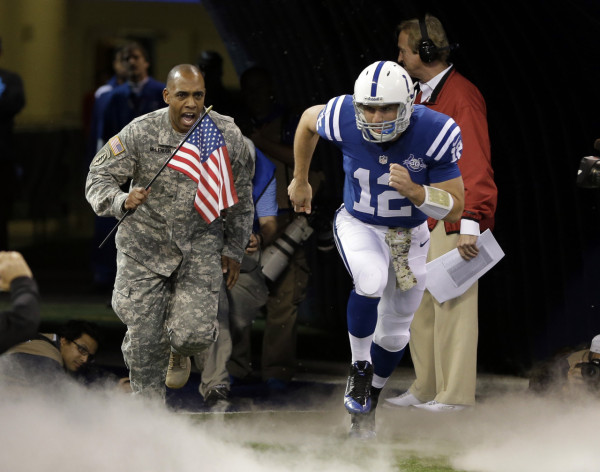 Maybe you’ve heard this story by now, maybe you haven’t. The NFL has done their best to hide this, and it’s hard to blame them—it’s a blatant embarrassment to the organization and the teams involved.

The Pentagon reported recently that since 2011 the U.S. Department of Defense has paid 14 NFL teams a total of $5.4 million to honor active members and veterans of the United States military at football games. You know, those guys that put their lives on the line to preserve the basic freedoms and liberties that we enjoy? Yeah, those troops.

I’m not even going to get into the fact that the government threw away $5 million in taxpayer money so a couple of billionaires would do something that they should do for free and want to do as a thank you to these men and women. Sure, that’s a stupid way to spend our money; but the real problem here are these teams (probably the owners) and Roger Goodell.

First, I would like to publicly shame the teams who accepted this money in ascending order of how many they received (that way you know how hard to cheer against each team): Miami Dolphins, Cleveland Browns, Pittsburgh Steelers, St. Louis Rams, Dallas Cowboys, Cincinnati Bengals, Kansas City Chiefs, New York Jets, Green Bay Packers, Minnesota Vikings, Indianapolis Colts, Buffalo Bills, Baltimore Ravens, and finally the Atlanta Falcons, who accepted an insane $1,049,500.

“Those of us go to sporting events and see them honoring the heroes. You get a good feeling in your heart,” said U.S. Senator Jeff Flake. “Then to find out they’re doing it because they’re compensated for it, it leaves you underwhelmed. It seems a little unseemly.”

That’s about right. In a country where all too often football and basketball players are seen as heroes and the military is simply taken for granted, it was always nice to watch the NFL give back to the real heroes. At least 18 franchises were honoring the troops for free…

Flake continued to describe this behavior as “an egregious and unnecessary waste of taxpayer dollars”; but he also proposing a potential explanation for why this money was being handed out under the table: the NFL’s ‘Salute to Service’ program is a huge recruitment tool. That doesn’t make what these teams did okay, but at least it’s somewhat of an explanation from the government’s side.

Now, do I believe that the teams were honoring the troops solely for the money? Of course not. I have no doubt that they were completely sincere in the actions and would have done the same if they didn’t receive any money. I mean, 18 teams were not being paid, but they still participated in the Salute to Service.

I truly believe that the problem here is simply corporate greed, which is why I am honestly not the least surprised that Jerry Jones (Cowboys) and Jim Irsay (Colts) are on here. This is something I just picture them doing, especially Irsay. Apparently a net worth of a couple billion isn’t enough, so they accepted money from the government for something that they should (and probably would) have done at no charge.

“They realize the public believes they’re doing it as a public service or a sense of patriotism,” continued Flake. “It leaves a bad taste in your mouth.”

The first question that came to my mind when I heard about this whole situation was where the hell is Roger Goodell and why didn’t he do or say anything about this?

Sure, I’m pretty tough on the commissioner. I don’t think he’s qualified to run the football program at an elementary school, but to be fair I’m a New Orleans Saints fan and still upset that the New England Patriots weren’t crucified for Spygate. The whole Ray Rice thing wasn’t handled well either.

Honestly, this should be the straw that breaks the commish’s back. I’m not 100 percent sure how payments like this are recorded and reported; but unless the money was being transferred in cash directly between the Pentagon director and the owner, someone must have said something at some point over the four seasons that this has been going on.

Goodell and the NFL have done a great job covering up this story, but hopefully this will reach a few people and generate some buzz about the story. This situation is disgraceful. Someone needs to answer some questions.

Who knows, maybe someone big in the sports world will read this and you’ll see me on SportsCenter next week. Or maybe Goodell himself will read this and call a hit on me for writing it and being a Saints fan. I don’t really care. I just want people to see that this is happening, because I want to know more about why it happened and who let it happen so those people can be held responsible.

I love the NFL, and I love football; but letting the organization get away with this sets a horrible precedent, especially if it is discovered that other professional leagues are doing the same thing.

Maybe I’m too late, but hopefully we’ll get some answers.