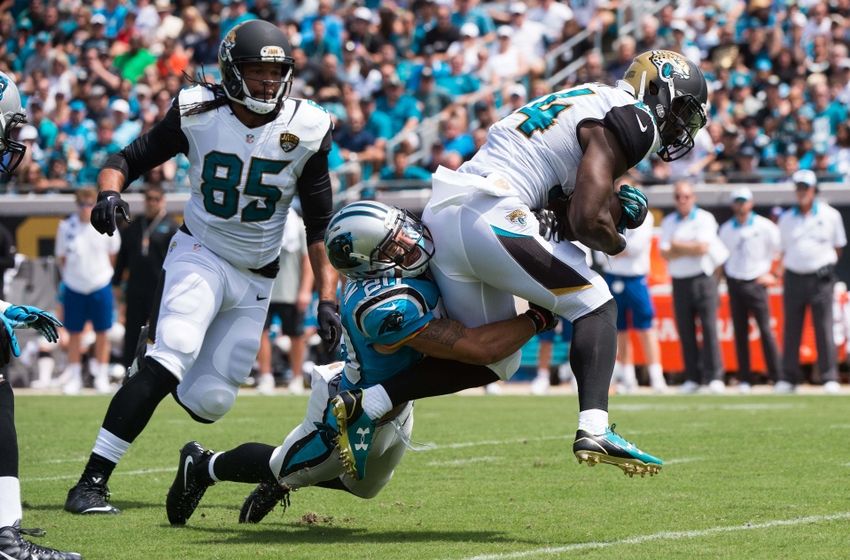 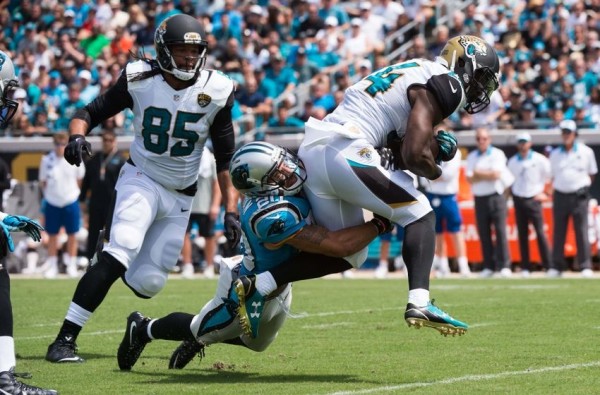 Go ahead, refresh the page. Fact-check us on NFL.com. No one will blame you.

The Jaguars were led over the Miami Dolphins 23-20 by wide receiver Allen Robinson’s six receptions for 155 yards and two touchdowns in the surprising upset. Well, surprising to almost everyone:

“From our point of view, we expected this outcome,” said Jags quarterback Blake Bortles.

The other 7 billion on the planet are still trying to figure it out though.

The Raiders managed to further the shock with their 37-33 victory over the Baltimore Ravens (who are now 0-2) fueled by a clutch TD from Derek Carr. The second-year QB went 7 of 9 for 65 yards on the final drive, capped off by a 12 yard touchdown pass to Seth Roberts. Looks like Carr may finally be coming to his own as a pro.

On second thought, let’s not get carried away just yet.

“It was special,” said Raiders head coach Jack Del Rio. “I had to focus on taking my mind elsewhere so I didn’t get all choked up. Very special for me.”

A win isn’t something you come by often in Oakland. Cherish it, Jack.

And finally—and arguably the most surprising of the weekend—the Redskins absolutely picked apart the St. Louis Rams on both sides of the ball for a 24-10 victory.

The keys to their great success? Keeping the ball out of Kirk Cousins’ hands as much as possible, which in turn limited the turnovers. Cousins got his fair share with 203 yards and a touchdown to Pierre Garcon, but Matt Jones and Alfred Morris really ran the show (pun intended), outrushing the Rams 182-67.

Jones and Morris can also thank their offensive line for the performance. Even Cousins only got sacked twice one week after this defensive line brought Russell Wilson to the ground on what seemed like ever play.

All I know is, if anyone out there correctly called these three games, said person should probably start selling betting picks. Hell, I’d buy them.