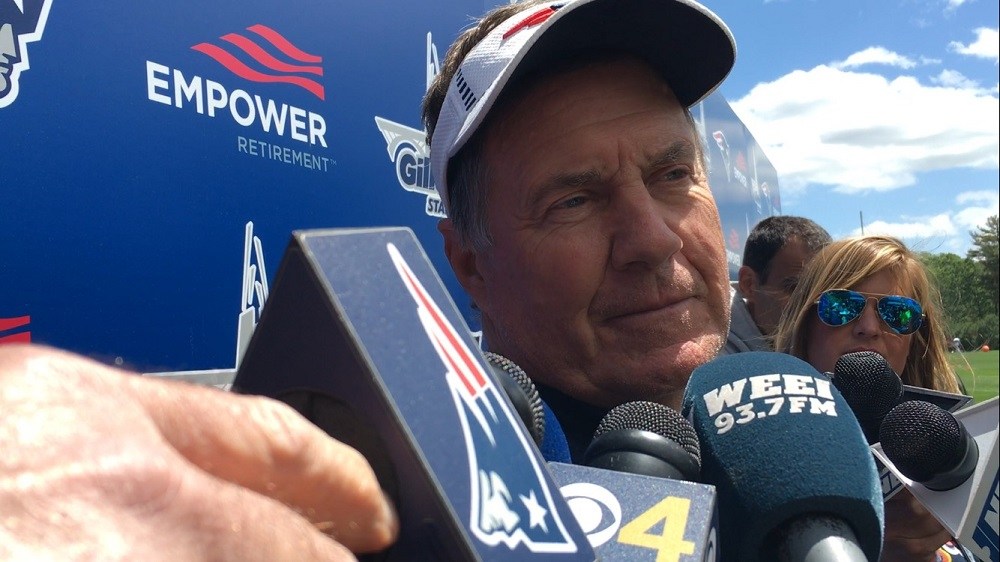 No team has to be corrected near as much as the New England Patriots.

Their run to Super Bowl XLIX was filled with controversy. Things started in the Divisional Round against the Baltimore Ravens when the Pats exploited vague language in the rule book to line up in illegal formations, confusing the Ravens defense and practically guaranteeing themselves a first down each time.

Ravens head coach John Harbaugh was so furious he actually drew a personal foul for complaining, which is relatively difficult to do in football.

The league cleared things up over the offseason, declaring what the Patriots did illegal.

Quarterback Tom Brady (infamously and ironically) told the Ravens to “study the rule book.” In the AFC Championship Game the next week (and most likely against the Ravens as well as every other game for the past countless years), Brady used deflated balls. Thus, Deflategate.

I could write tomes on Belichick and Brady’s shady methods, less-than-legal tactics, and straight up cheating ways, some of which the NFL correct, some they did not. Instead, I’m going to do something completely uncharacteristic here and defend one of Belichick’s policies.

I can’t believe it either. You see, Belichick has the Patriots practice with numberless jerseys to promote a team-friendly atmosphere during OTAs and minicamps.

Bill got the idea from Pittsburgh Steelers legendary Hall of Fame coach Chuck Noll. Unfortunately, when your team is regularly caught cheating, the NFL can’t take any chances.

The league has now officially banned numberless jerseys during practice to “ensure clubs are in compliance with workplace rules.” Roger Goodell wants to make sure the Pats aren’t practicing injured players, stuff like that.

While I love the idea of forcing players to learn each other’s names and helping them connect, the Patriots have no one to blame but themselves.