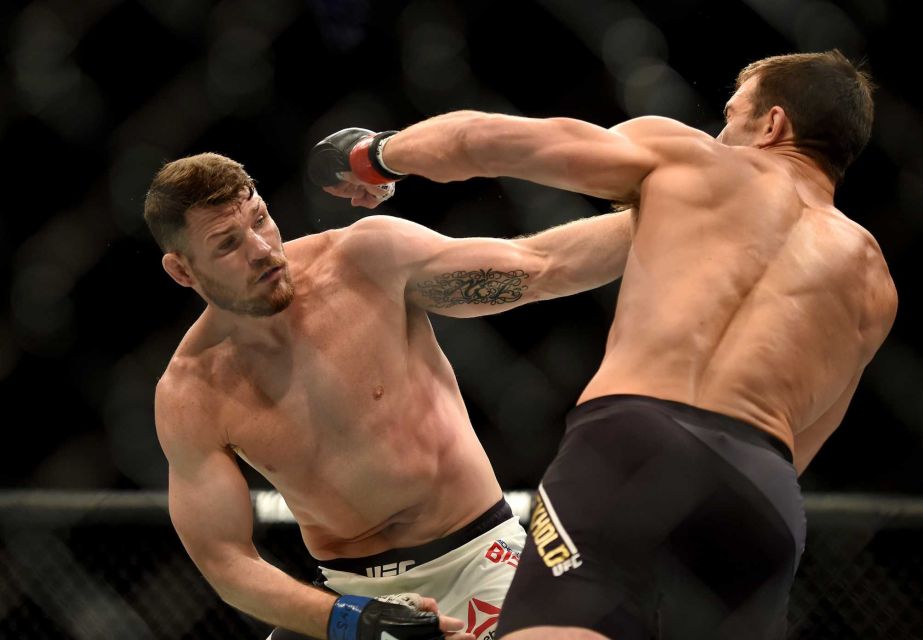 This week in MMA was one of the best in quite a while for one reason: UFC 199. Let’s take a look at all the action and developments fight fans were able to enjoy over the last seven days!

When 2016 draws to a close, UFC 199 will undoubtedly stand tall as one of the greatest events of the year. From top to bottom, the pay-per-view show distinguished itself from most others for all the right reasons.

And that statement—from top to bottom—is meant literally. The Fight Pass prelims kicked-off with a candidate for “Fight of the Year” between Marco Polo Reyes and Dong Hyun Kim. On their own, the other FP prelims were very entertaining; however, under the weight of the Reyes-Kim fight and the rest of the card, they largely remained overlooked.

The televised prelims were initiated with an interesting battle between Alex Caceres and Cole Miller, which saw “Bruce Leeroy”, on short notice (shorter than Miller, more specifically), use his improved stand-up and speed to clearly best the skilled veteran Miller—despite a very tight armbar attempt in the third from “Magrinho”.

After that, Jéssica Andrade made good on her strawweight debut, defeating the ultra-tough former title challenger Jessica Penne via second-round TKO. This, like the Caceres win, is very impressive, but simply won’t receive the deserved recognition until the dust from the main event settles.

After that, Beneil Dariush returned to his winning ways over James Vick in devastating fashion by finding the first-round knockout. James Vick is as tough as they come, but once Dariush landed, he simply refused to back down.

Finally, the featured preliminary bout of the night, a featherweight tilt between Brian Ortega and Clay Guida, entertained. Guida looked good through two rounds, using his movement and output to overwhelm Ortega, but with only twenty seconds left in the third round and the fight, Guida was tagged with a powerful knee that rocked him and allowed Ortega to find the win. Curiously, the scorecards were later released, and through two rounds, two judges had the fight scored as a draw; Guida would have, undeservingly, lost the decision even if he had made it to the bell (he was clearly behind in the third).

UFC 199’s main card kicked off with a lightweight showdown between Dustin Poirier and Bobby Green. The questionable matchmaking behind the fight, given that Green hadn’t fought in over one year and was coming off of a loss, was apparent in the bout; Poirier won via first-round TKO.

“The Diamond,” as he has been doing in each Octagon outing as of late, remained patient and careful, and the KO presented itself.

After that, in one of the best fights of the night, Dan Henderson and Hector Lombard met at middleweight. The first round saw Lombard rock and nearly finish Hendo, but in the second, a flat-footed Lombard was clipped by a Dan Henderson head kick and finished off with a brutal elbow (and another, for good measure).

This was the last fight on Dan Henderson’s UFC contract; if this isn’t a sign, I don’t know what is. He should hang the gloves up now, because frankly, he has nothing left to prove, and also, it will be essentially impossible to secure a better final win than this.

Hector Lombard just fought and lost to Neil Magny a little over two months ago; anyone who watched that fight knows just how many shots he ate in the process. To jump back into training camp and a fight is ill-advised, and given this bout’s outcome, Lombard needs to take the rest of the year off; whoever didn’t stop Lombard from fighting at UFC 199 bears some responsibility for his loss and its nature.

In the featured fight of the night, Max Holloway secured a unanimous decision over the perennial contender Ricardo Lamas.

The always-game Lamas was unable to land his takedown, and ultimately, he simply became overwhelmed with the striking and movement of “Blessed”. That’s not to say that Lamas didn’t find success of his own; he landed shots that could have put other fighters to sleep, but Holloway refused to budge. 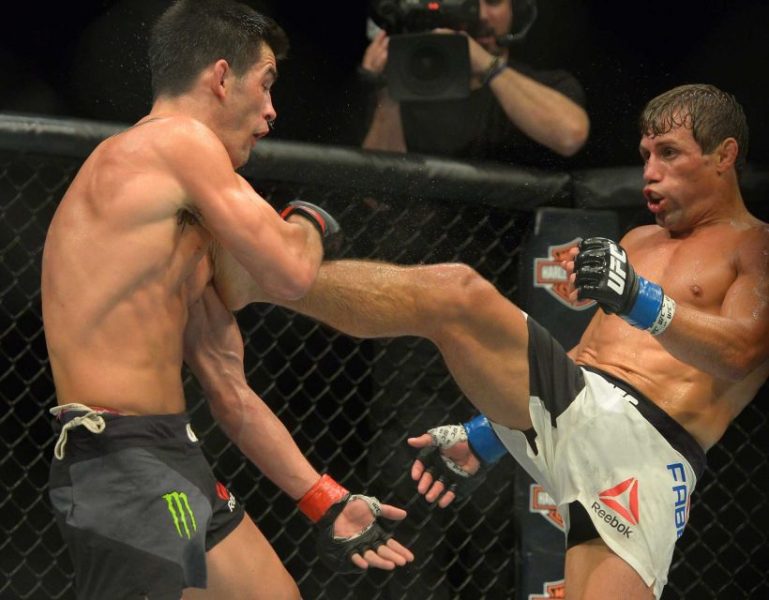 In the co-main event of the evening, Dominick Cruz retained his title in impressive fashion, clearly besting archrival Urijah Faber over the course of five rounds. As per usual, Cruz’s footwork, movement, unpredictability, and overall skills were on a different level here; he is one of the greatest of all time.

Then, in the main event of the evening, longtime middleweight contender Michael Bisping shocked the world and became the champion, defeating Luke Rockhold via first-round KO.

It was apparent that Rockhold didn’t respect the abilities of Bisping, given his low hands and relatively careless movement, and he paid for it, eating a big shot, another punch, and a series of blows after that until the ref intervened.

Michael Bisping, in winning the belt, realized a longtime dream, validated a lifetime of hard work and dedication, shocked the world, and silenced critics of his “pillow fists”, or lacking power, at once. Not bad for a single night’s work.

UFC 199 was also bolstered by the announcements that Brock Lesnar, former heavyweight champion, and megastar, will return at UFC 200 against an opponent who has yet to be determined, and that Conor McGregor and Nate Diaz will rematch at UFC 202 on August 20th.

Regardless of one’s opinions of these contests (there are a number of proponents and opponents alike), the reality is that they are all but guaranteed to be commercially successful. It goes without saying that, in this sport, buy rates are important. And while McGregor-Diaz 2 may not be “cool” to like, at the moment, the adjustments McGregor makes from the first match will be very intriguing for fans to witness, as will the actual fight.

As a whole, UFC 199 was once again incredible. Anyone who has yet to enjoy its fights should do so ASAP!

A few awesome fights were announced this week as well, from Bellator and the UFC:

Longtime fans know there’s no such thing as a fight that’s guaranteed to be exciting, but this is about as close as one can get.

David Rickels vs. Melvin Guillard and Darrion Caldwell vs. Joe Taimanglo at Bellator 159 on July 22nd

Both of these fights are solid, although there seems to be a whole lot of risk and very little reward for the skilled “Caveman” in his match-up; if he wins, everyone will say “Melvin Guillard is out of his prime so it doesn’t matter”, and if he loses, everyone will say he sucks. It’s almost a lose-lose situation, but stylistically, the fight is appealing.

Caldwell probably should have gotten a title shot by now, although it has been confirmed that he definitely will with a win here; the same is true for Taimanglo. This bout will serve as a reminder of Bellator’s skilled bantamweights.

This week in MMA was awesome, and although next week is free of shows from major promotions, who knows—maybe it’ll be even better. One thing’s for sure: MMA is the most unpredictable sport around.