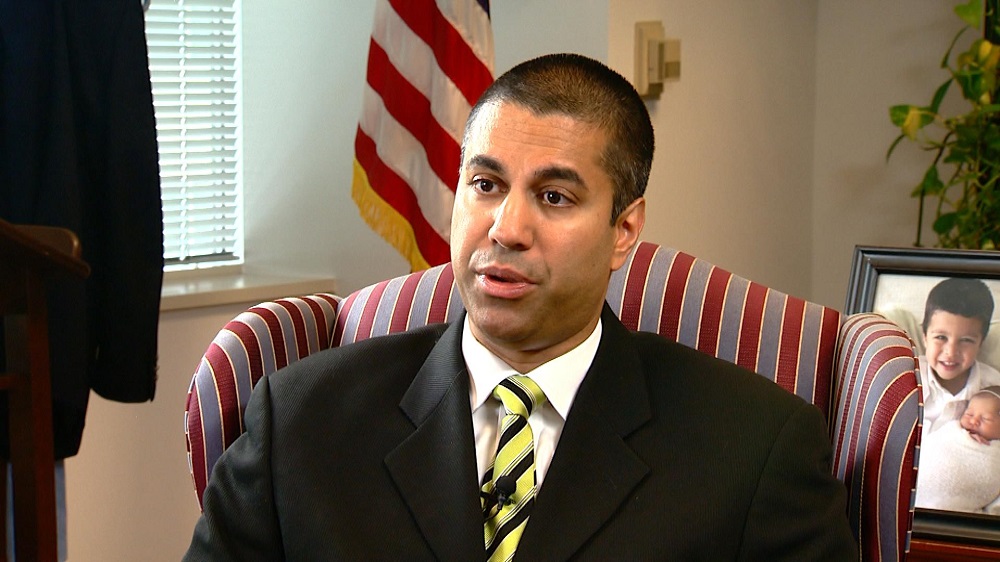 It appears that President Donald Trump is continuing his way of picking people for cabinet positions who are opposed to things within that position. The latest is Ajit Pai, who has been a very fierce opponent of net neutrality, is being eyed to be the next chairman of the Federal Communications Commission.

Trump has reportedly picked a fierce critic of the Obama-era “net neutrality” rules to be chief regulator of the nation’s airwaves and internet connections.

Citing unidentified people, Bloomberg and Politico both reported Friday that the next chairman of the Federal Communications Commission will be Ajit Pai, an old hand at the agency. Pai’s chief of staff, Matthew Berry, declined to comment. Neither Trump administration spokesman Bryan Lanza nor FCC spokesmen immediately replied to requests for comment.

Pai is one of the two Republican commissioners on a 5-member panel that regulates the country’s communications infrastructure, including TV, phone and internet service.

The Republicans‘ FCC majority would help them roll back pro-consumer policies that upset many phone and cable industry groups, including net neutrality rules that bar internet service providers from favoring some websites and apps over others.

Pai has long maintained that the FCC under former chairman Thomas Wheeler had overstepped its bounds, suggesting that he would steer the agency in a direction more favorable to big phone and cable companies. In a December speech, he expressed confidence that the 2015 net neutrality rules would be undone and said the FCC needed to take a “weed whacker” to what he considered unnecessary regulations that hold back investment and innovation.

Consumer advocates have been concerned that a deregulation-minded FCC could potentially allow more huge mergers, overturn new protections for internet users and lead to higher costs for media and technology companies that rely on the internet to reach consumers.

Pai opposed online privacy regulations that force broadband providers to ask consumers for permission before using their data, saying they are more onerous than the requirements for internet companies like Google and Facebook.

He voted against approving Charter Communication’s $67 billion takeover of Time Warner Cable and a smaller company, Bright House – not because he opposed the merger, but because he thought some of the conditions required by the FCC, like barring data caps on home internet service, amounted to government meddling in business.

PAI VS. THE ZERO RATING

Pai also criticized an FCC report on “zero rating” earlier this month, characterizing it as a meaningless document that won’t influence the FCC under Trump. The report, issued in the last days of the Obama administration, took issue with the way companies like AT&T and Verizon exempted their own video services from wireless data caps, effectively making them cheaper to stream on phones and tablets than rival services such as Netflix.

Future big media and telecom mergers may get a friendlier review under a Pai-led FCC. Pai voted to approve AT&T’s 2015 acquisition of DirecTV. And while he told the Wall Street Journal in December 2013 that the Obama administration was likely to oppose Comcast‘s failed effort to acquire Time Warner Cable – he was right – he added that a Republican administration would be more likely to approve it.

The FCC currently has a 2-1 Republican majority and two empty seats, which will be filled by one Republican and one Democrat.

Pai, an Indian-American from Kansas, has been an FCC commissioner since 2012. During his roughly 15 years in government, he’s been a Senate staffer and worked at the FCC and the Justice Department. He was also a lawyer for Verizon and an attorney at the law firm Jenner & Block.