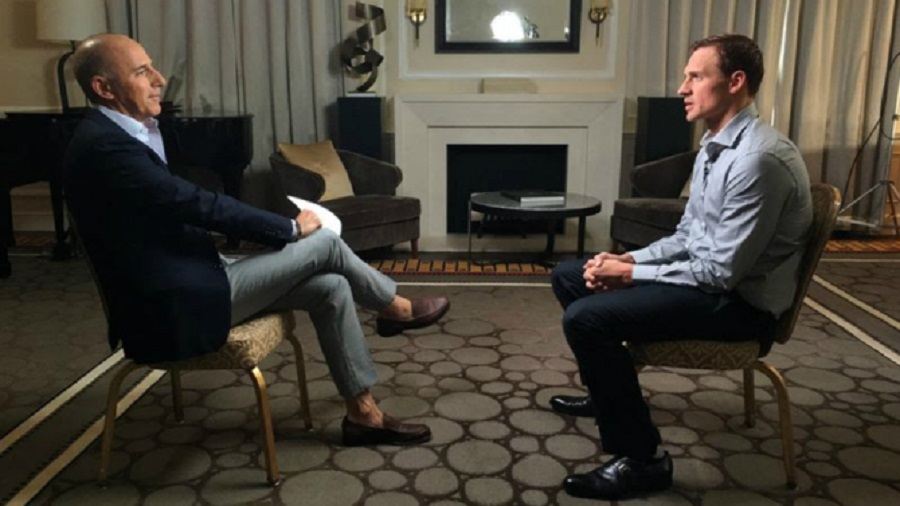 It’s no surprise that NBC, which has the exclusive on the Olympics, was able to monopolize on Olympic swimmer Ryan Lochte’s fractious tale of a gunpoint robbery in Rio de Janeiro last Sunday morning. It was something that most Americans expected in the country of Brazil, but luckily, that country wasn’t about to have its reputation besmirched even more with a lie.

Now Matt Lauer has sat down once again with Lochte (obviously part of his PR crisis team management’s plan) to discuss the turnaround in his story. Will Lochte fess up to the lie or continue holding on hoping that this international mess will pass. We are betting he’ll avoid fessing up and just talk about being sorry for his actions.

We first reported our doubts immediately as the story was turning faster than a Kardashian marriage. It was perfect tabloid fodder as it started out sensational, then something didn’t add up, and Lochte’s terrifying yarn resurrected memories of Notre Dame linebacker Manti Te’o’s strange story three years ago about a dead girlfriend, one that Deadspin exposed as a hoax.

Lochte spoke on the beach to Billy Bush of the “Today” show several hours after the incident, and the video quickly became fodder for solid reports that led “NBC Nightly News” three times and others that were carried by MSNBC and “Today.”

On Wednesday, in a telephone interview with the “Today” co-anchor Matt Lauer for a report that was shown during NBC’s prime-time coverage, Lochte doubled down on his story, while changing important details. Lauer conducted another interview with Lochte that was scheduled to be broadcast on Saturday night.

In the initial interview, Bush listened intently as Lochte spun out his story: After a night of partying, he and three younger swimmers from the United States team were waylaid near a gas station by men with badges and guns and robbed. Bush, the new co-host of the third hour of “Today,” had the scoop of the Olympics: A star American athlete had been victimized by Rio street crime.

In the video shown by NBC, Bush let Lochte talk without seeking basic information. Even if Bush had no reason to doubt Lochte, he could have asked what the men looked like, how much money was taken, what Lochte had done afterward or how he was feeling. Bush accepted the account, which included Lochte’s insistence that he had not gotten down on the ground at the request of one of the supposed robbers, whom he said had put a gun to his forehead. In a follow-up report on “Today” that traced Lochte’s route and used the interview video, the correspondent Keir Simmons saidLochte had “stood up to these guys; that was a brave and dangerous thing to do.” Lochte’s version had, in essence, co-opted NBC.

It was a risky thing for NBC to televise without stronger vetting. The network takes “NBC News” reporters to the Games but hopes nothing terrible will interrupt the Olympics as a sports and entertainment vehicle. Now it had a crime story about Lochte, the publicity-loving swimmer and popular second fiddle to Michael Phelps; that was reported by Bush, who was best known until recently as the host of the fluffy “Access Hollywood” syndicated program. Sensational as it was, Lochte’s account needed more reporting before it entered NBC’s news ecosystem. 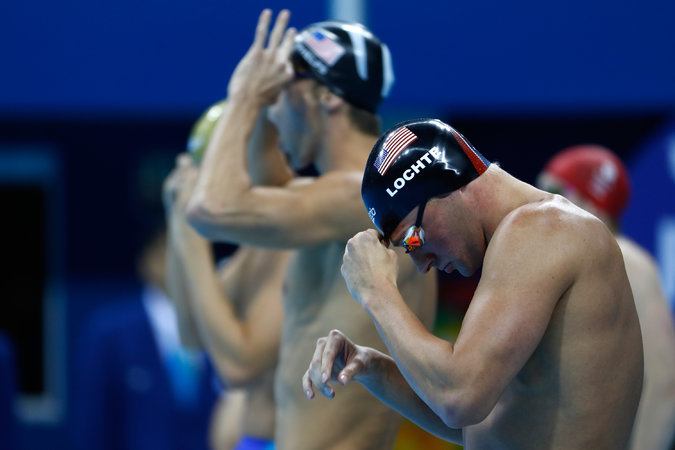 Days after Lochte finished fifth in the men’s 200-meter individual medley at the Rio Olympics, he began telling a story about being robbed at gunpoint. CreditClive Rose/Getty Images

Bush held onto his trust in Lochte’s account too long. By Thursday morning, the Brazilian authorities were tearing into the story. Yet on “Today,” Bush stood by it. He and Lauer were on “Today” discussing Lauer’s segment the night before. Lauer said that Lochte had altered his story to say a gun had been pointed in his general direction, and was cocked, not held to his head and ready to fire, as he had told Bush. Lochte also said his taxi had not been pulled over by the impostor officers but that they had approached him and the other swimmers after they had stopped at a gas station to use its bathroom. Still, Bush seems not to have felt those changes dramatically altered Lochte’s credibility. “The fact that he told this story so mellifluously,” Bush naïvely said, “makes me think he could not have invented the whole thing.”

Ideally, Lauer, with his longer years of experience in breaking news, should have openly questioned Lochte’s credibility. The closest he came was in his prime-time appearance with Bob Costas. He said he had told Lochte that “there are people out there” who were skeptical and felt that he and the other swimmers might be covering up for “some other form of embarrassing behavior.” Lauer said that Lochte had denied fabricating the story and had insisted that he and his teammates were victims who were happy to be safe. 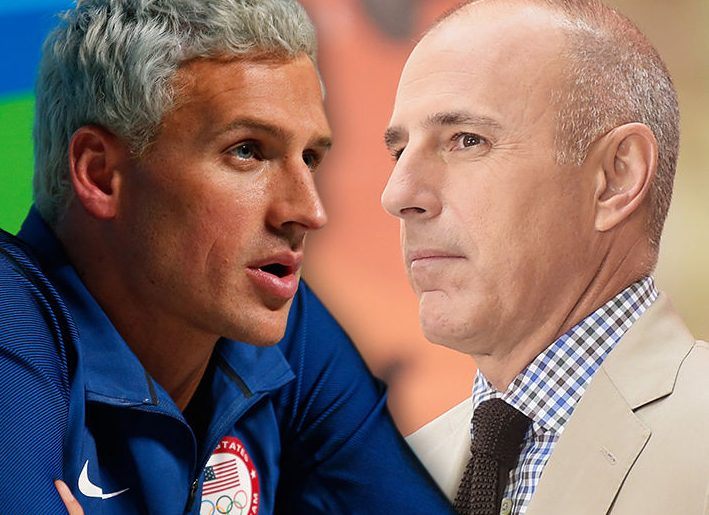 By Friday morning, Lochte’s story was in tatters. Through security video and eyewitness accounts, including the sworn statements of two of the swimmers, the authorities said that Lochte was drunk and disorderly; that the group had vandalized the bathroom and urinated publicly; and that when the four men had tried to leave, they were stopped by two security guards with guns.

Yet on “Today,” Bush got into an unusual spat with Al Roker while trying, it seemed, not to let his exclusive be fully trashed.

“He lied,” Roker, usually the cheerful weatherman, said insistently. “He lied to you. He lied to Matt Lauer. He lied to his mom. He left his teammates hanging while he skedaddled.”

Bush, who at one point told Roker to calm down, finally conceded that there had been “embellishing moments” and “total untruths.”