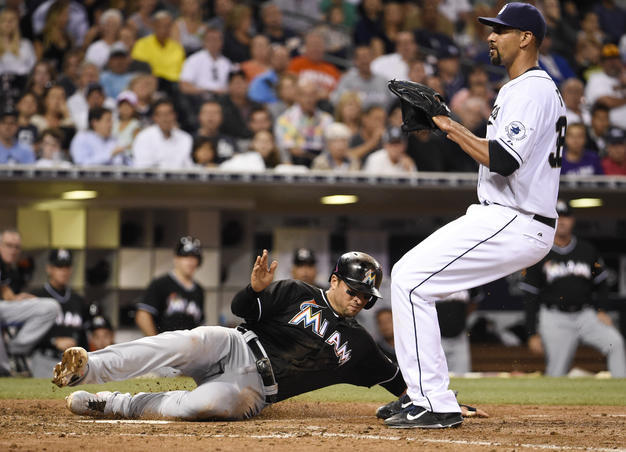 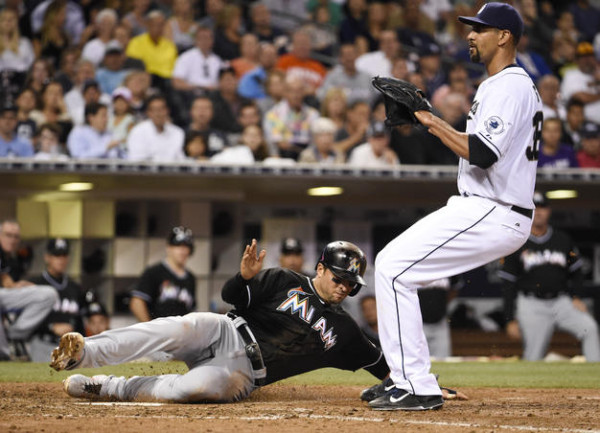 After taking both games against the Colorado Rockies over the weekend the team bounced back with a win on Monday against the Giants. This pushed the Padres current win streak to five straight games while moving the team up to third place in the division. That being said the team still trails the Los Angeles Dodgers by 8.5 games.

These next two weeks will be critical for the Padres especially if the wins keep coming in as the 2015 Major League Baseball trade deadline sits on July 31st. Along with the Padres we have also seen the Philadelphia Phillies and Milwaukee Brewers get off to a hot start after the break. For these two clubs though the wins will not mean much as both teams are expected to be active on the trade front.

That continued to open the season as the team picked up a win over the Los Angeles Dodgers on Friday night at home before losing back to back games on Saturday and Sunday. Luckily for club they get to welcome the New York Mets to town for a big divisional matchup. The Nationals took game one on Monday 7-2 as they found a way to rough up Matt Harvey.

While the Nationals struggled against the top team in West,  the Mets struggled over the weekend against the top team in all of baseball the St. Louis Cardinals. The Mets would lose the first two games of the three game series before picking up a 3-2 win on Sunday. The teams issues continue as they managed to score just seven runs in the three game series.

Rounding out the division is the Atlanta Braves in third place followed by the Miami Marlins and Philadelphia Phillies. The Phillies who many expect to be big time sellers opened up the second half of the season sweeping the Marlins before picking up game one against the Rays on Monday.

National League Central:  The National League Central continues to be the top division in all of baseball as the St. Louis Cardinals and Pittsburgh Pirates each sit with two of the top records in all of baseball. This also showed up on Monday as the Pirates picked up a win in game one of the teams current series against the top team in the American League in the Kansas City Royals.

As we look at these two teams the teams both have great starting pitching including Gerrit Cole who leads all of Major League Baseball with 13 wins while Carlos Martinez sits tied for third in the National League with 10 wins.

That being said the Cardinals managed to push their lead to four games after taking two of three over the Mets over the weekend. This was in large part due to the Pirates sturggles on the road at Milwaukee against the Brewers. The Brewers managed to sweep the Pirates outscoring them 18-7 in the three game series.

Rounding out the rest of the division is the Chicago Cubs who sit in third place with a 49-42 record but have only won five of their last 10 games. Then you have the struggling Reds in fourth place at 41-49 and the red hot Brewers in last place at 41-52. Overall the National League Central continues to be the best division in all of baseball.

National League West: Could the National League West become a three team race for the division or will the Padres become sellers at the deadline? That has been the question many have asked for the past few weeks but the teams current five game win streak could make it an easier decision on the teams front office.

While the Padres have been red hot of late the Dodgers and Giants have played well after the break as well. The Giants opened up the second half taking all three games on the road against the Arizona Diamondbacks. The three game sweep by the Giants dropped the Diamondbacks to fourth place in the division.

The Dodgers on the other hand opened up the second half losing 5-3 on Friday Night against the Washington Nationals. The team would rebound though over the weekend taking game 2 4-2 on Saturday before shutting out the Nationals on Sunday 5-0. The two game winning streak would come to an end on Monday 7-5 but the club still holds a 3.5 game lead over the Giants.

Rounding out the rest of the division has the Padres in third place after their recent success followed by the Diamondbacks in fourth and the Colorado Rockies in last place. This should still be an interesting second half as all five teams in this division have the talent to win. This could present some swings to the standings with a bunch of divisional games on the upcoming schedule.

The National League West could also be a harvest place for contending teams as the Rockies, Padres and Diamondbacks all have some talent that could help a winning team down the stretch.

The second half of the season should be fun to watch as the National League race for the playoffs heat up!