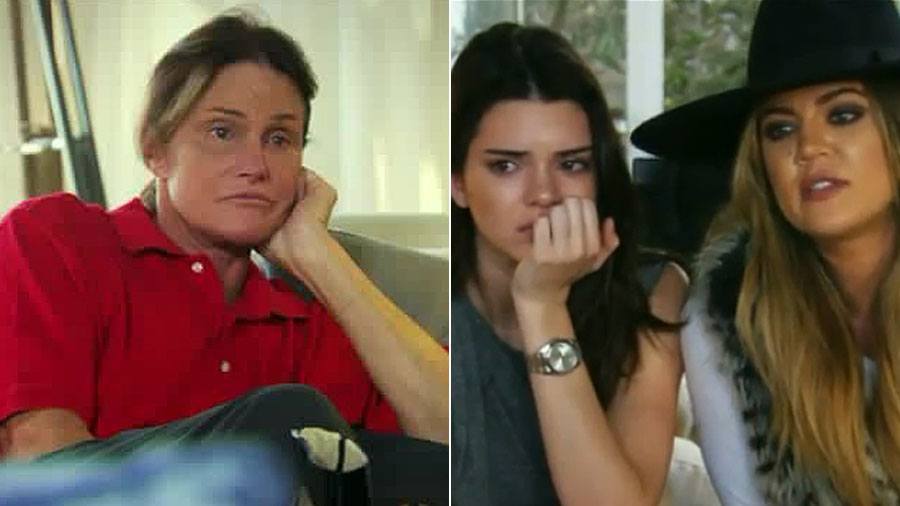 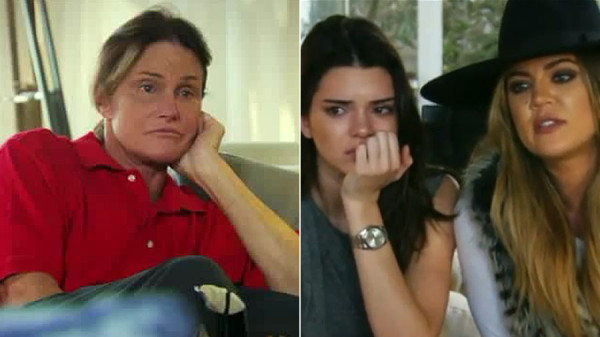 Part 2 of the About Bruce special was just as revealing as part 1! It becomes extremely clear that Khloe is not handling the situation well at all. While some people threw major shade at Kim for supposedly not taking her father’s news well, Khloe (at least in front of the cameras) seems to be handling things much worse.

In a sit down with the girls, Bruce revealed that he had his nose done and some other minor plastic surgery. He also revealed that he’s begun his transitioning process. Khloe pieced together that Bruce must have begun transitioning around a year ago before he told them anything. That seemed to hit Khloe like a sack of rocks! She’s so afraid of losing her dad that it absolutely crushed her that he already started transitioning before anyone knew anything.

A year is a long time to hide such a secret, and it means that he’s closer to becoming a woman than they realized. No matter how supportive Khloe says she is, it’s clear she is not ready to see Bruce as a woman.

Once Khloe and Bruce had it out about honesty and openness, Khloe forgave him. There’s still such a sadness in Khloe’s face, however, when she talks about meeting “her” that I can’t help but think that she’s going to burst out into a ball of tears when all is revealed. I think Bruce and Khloe’s moment of peace is not going to last long at all.

There were some moments in part 2 that felt completely fake to me. For example, there’s a scene where Kim looks through “her” closet and goes over “her” style while telling Bruce what’s hot and what’s not. Bruce seemed happily surprised that Kim dropped by to do something so intimate and helpful for him. I can’t help but think that he was genuinely surprised that Kim was that accepting.

Bruce has already stated that the girls were not as supportive on camera as they were off. In my opinion, Kim appears to be acting the way she thinks people want her to act. I’m still not sure I believe her whole, “Kanye changed my opinion story.” Could that have been a way to make Kanye West haters appreciate him more?

Another dramatic and overdone scene came from your royal highness, Kris Jenner. Bruce went to Kris’s house to have a sit down with her and discuss everything that’s been going on. It wasn’t long before Kris had the tears and mascara flowing endlessly. Even Khloe, who was clearly hurt, wasn’t such a drama queen. Kris went on and on about how confused and sad this situation made her.

Wait a minute, aren’t these two divorced? Bruce reminded her that during the last few years of their marriage Kris treated him like crap. Kris responded that he was so unhappy and mean that she just couldn’t handle him. I believe that he was most likely angry and distant from her because of the conflict going on within himself, but it seems to me that the divorce would have shut the lid on that part of their life. When Kris mentions that she thought Bruce just wanted to “dress differently,” it tells me right up front that despite what the girls or Kris say, she had a clear idea of what was going on with her husband. Not to say that what she’s going through wouldn’t hurt any ex-wife, but it feels like she’s taking things a bit too far for the camera. As Bruce leaves, Kris drops her head on the kitchen counter and begins to cry uncontrollably. Really? That extra bit of performance was not needed.

One of the most surprising moments was Kourtney Kardashian telling Khloe that she didn’t want to talk about Bruce’s transition around her son. She’s not sure how she will explain the situation to him. I did agree with Khloe when she said that it’s better to hear the news from his mother than the kids at school. Sure, it’s pretty shocking news for a little guy, but imagine all the misinformation his friends will be buzzing with.

People don’t give children enough credit at all. Explaining to children early about the LGBT community can go so much better than people expect, while giving the child a jump start on being more informed and understanding than their peers.

The special ended with everyone saying how proud they are of him, but they all know there is a long journey ahead. I can’t help but think that they won’t be totally accepting of everything until they walk around with “her” and experience first-hand how supportive people really are. This is a family who bases everything on image, so it’s not far-fetched to think that they’re terrified of what people think of them right now.

This two part series was extremely informative about how each side is handling such a life changing event. While it all seems so real and honest at first, I think we should look toward a less attention seeking family for a more honest look at a transgender person and their experience. Who would have thought that Bruce would have turned out to be the most interesting part of the Kardashian/Jenner clan?

To read all the articles in the six-part series, go here.