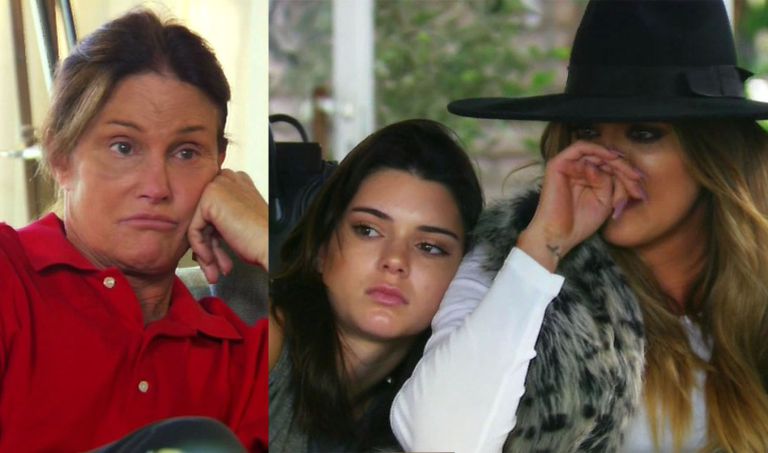 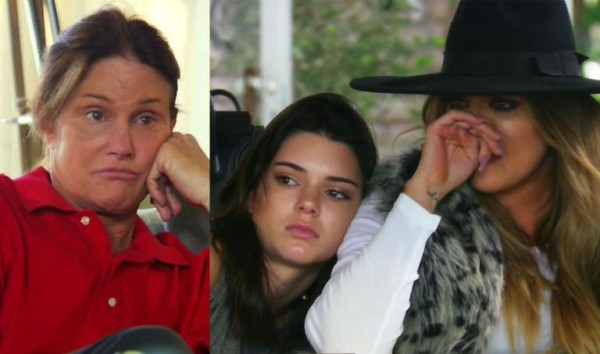 The Kardashians have shifted the focus of their show to highlight the transition their father Bruce Jenner is making from a man in to a women. His change has certainly stirred up much discussion in America about what it truly means to be a transgender. Positive or negative feelings aside, an important discussion is currently going on about the topic and that’s a good thing.

Apparently this special was filmed before the Diane Sawyer interview so everything was still very raw for the family. They always say there are two parts to every story. The Diane Sawyer interview was his part of the story and this special shines the light more on the Kardashians. While I still think it was shitty not for them to speak during his interview, they apparently very concerned with not mixing the two narratives. Still seems a little selfish on their part, but whatever,

From the time the entire controversy started with Bruce, it felt like a publicity stunt. Even though I understand how hard it is to come out with something like that, he let the rumors circulate way too long. It was especially interesting that the rumors started during a time where the Kardashians were becoming more and more irrelevant. Suddenly, this mega intriguing plot twist pops up! It’s still an aspect that makes the entire thing feel like a potential publicity stunt. Considering how much this family loves the limelight, no matter how shameful it gets, I would not be surprised at how far they would go to stay relevant.

That being said, I’m very sympathetic towards Bruce’s plight. I can’t imagine the pressure he must feel waking up in a body every day that doesn’t feel like his own. However, this special really shows that the Kardashians are not handling it as bad as people think and Bruce didn’t handle things as well as he could have.

It’s clear to me from part 1 of the About Bruce special that his children really do love him! He was an amazing father and the children appreciate that more than anything. I think what he doesn’t realize (or misinterprets as being unsupportive) is the fact that the children are grieving the loss of their father. Bruce keeps telling them he’s not going anywhere, but he is. They are losing their father and gaining…..a mother? It will be like gaining a new parent.

I’ve never had a problem with transgender people as I feel they have to want to be the opposite sex so bad because if there was any alternative for them, they would choose it. Who would willingly put up with the pressure and judgment of society just to “act like” the opposite sex? My problem comes in when they lie to people and then expect people to jump on board with them. I think it is wrong when people marry someone in an attempt to hide things, create a life with someone and then busts out of the closet with such emotional information. Everyone should be true to themselves, but when you involve others in the cover up your identity it’s just wrong.

Bruce was not as honest about the transition as he could be. He’s started doing hormone shots and getting surgery without telling the family. That was a big mistake because the girls feel like he hasn’t been completely honest with them. They want to be supportive and they really do love him, but in order for them to heal from this he has to continue to be honest with them.

Tolerance is important in our society. However, when secrets are kept from people that could change their entire life, it’s only natural that they have a mildly negative reaction. None of the children plan on turning their back on Bruce, but they’re all asking for a little more grieving time. They’d like to feel their feelings before being introduced to him as a female. I believe that is totally in their right. This is hard for them seeing their father change in to a completely different person and I don’t think they should be expected to just jump on board with everything.

On the flip side, Bruce said during the Diane Sawyer interview that the kids are not as supportive when the cameras are turned off. I do believe him on that point. While Kim was said by many to be unsupportive of her father’s change, during the show she is the intermediary between him and the children. Kim is a person who is always on for the cameras so, I really have to wonder just how supportive she was when the cameras weren’t pouring over her.

It’s very clear that Kendall Jenner is not nearly very supportive both in front of and behind the cameras. She seems stuck on her father being further along in his journey then she realized and taking it personally. While it may hurt, it certainly isn’t done on a personal level.

Khloe also felt the same way and is taking the journey harder it seems more than anyone (even Kim to my surprise). I thought it was cruel for Bruce to say that he was more concerned about how Kendall and Kylie were taking things than Khloe. Is it because they’re younger or because they’re his natural children. It just sounded mean and insensitive considering Khloe has known him longer than them!

It will be interesting to see how this all plays out. While this is clearly more than publicity for him, how long will the family drag this through the mud for their own gain. It’s easier to deal with now that he’s still a man, but how will they really handle everything when they meet him as a women. Will they be able to keep up the supportive nature for long?

To read Part 2 of My Problem with Bruce Jenner, go here.

To see all the articles in this six-part series, go here.