Home All News Opinion Muhammad Ali: The Passing of The Greatest 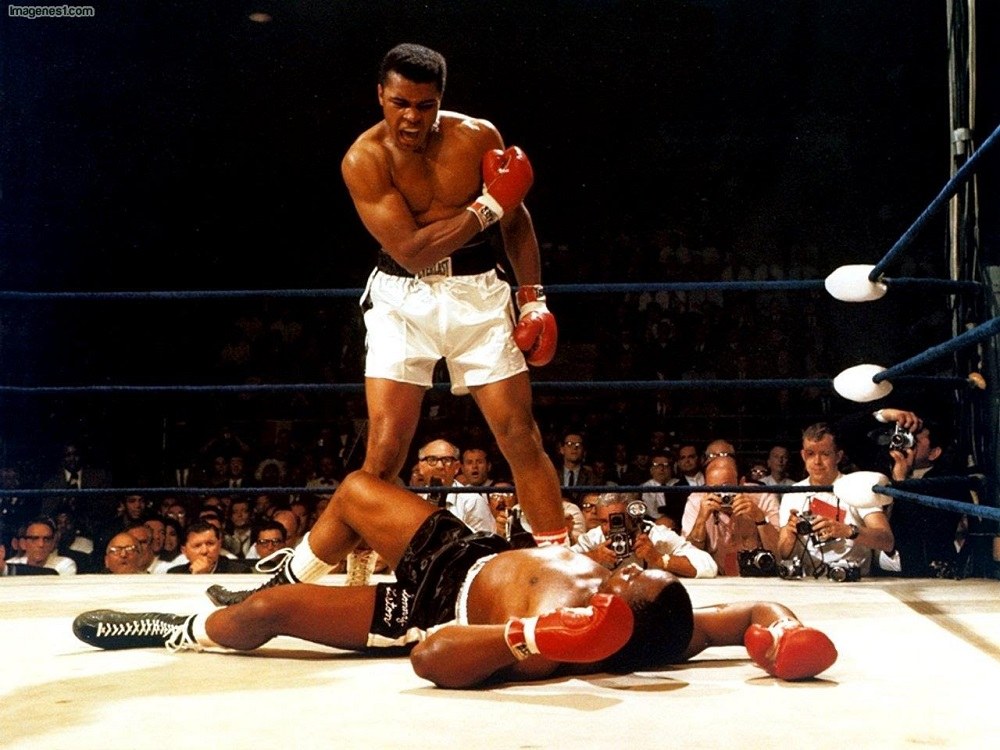 It gives me no pleasure to write about the passing of a legend. Muhammad Ali left this world on Friday at the age of 74, after a 32 year battle with Parkinson’s disease.

The kid from Kentucky was put on the path to greatness when his bike was stolen, and a cop advised him to take up boxing if he intended to do something about the theft.

One tiny event and the advice of a stranger created one of the most remarkable men history has ever known.

There will be tons of stories this weekend about the life of Ali. Timelines of his greatest wins inside the ring. His political stands that generated hate in the beginning, then major respect years later.

Even his personal life, in which he was not always “The Greatest,” will be spotlighted. This man was a king for all intents and purposes. Check out the behavior of kings of old before judging what he did behind the scenes. We’d have to walk a mile in the shoes of one of the most recognizable people ever born, in order to judge Ali.

What I want to share is what Muhammad Ali meant to me  and many others. 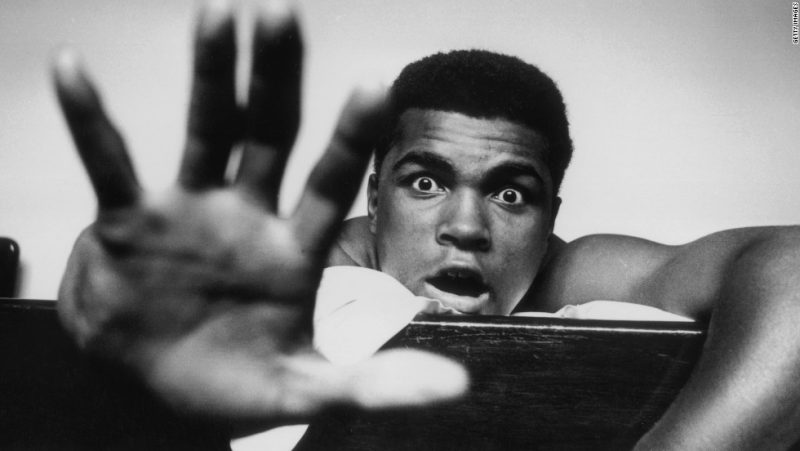 Ali was the first boxer I remember watching. He shook up the world and destroyed Sonny Liston’s, ten years before I was born. He regained his heavyweight title in the year I was born (1974), in maybe his greatest performance ever.  George Foreman had plenty of time to contemplate a career pimping indoor grills as he recovered from that boxing lesson in Zaire.

By the time I knew what was going on in sports, “The Champ” was long past his prime. He had retired and unretired a couple times before finally giving up the fight game for good.

His old fights were what made me a fan of the guy, and boxing itself. He was a warrior with endless charisma. Not exactly a common mixture.

He beat bigger, badder men and told them how he would do so before the fight. Then he would gloat to the media afterward.

If this fighter had not been so skilled, so determined, so inspiring, I probably would have hated the man. I’m not into the trash talking athlete. But when they can deliver the goods, it’s hard to dog ‘em for just telling the truth.

Ali is one of a handful of athletes that could truly deliver on the noise he spat.

After making me a fan of the fight game for life, Ali also taught me something about not going along with the crowd.

His stance against the Vietnam War showed me how crucial it is to think for one’s self.

It would have been easy for Ali to go across the world and fulfill his “duty” to the American Government by shooting up a bunch of foreigners he never met. Had he died, he would have been honored as the heavyweight champion who fought and gave his life for his country.

The hard thing to do was to refuse to do something against his morals. He was called a coward, unpatriotic, and was hated by many who just couldn’t fathom not fighting for your county.

We all know how the Vietnam War turned out. About 60,000 Americans never came home, and many more came home broken. And for what noble cause?

Because the U.S. Government said to go.

Life is full of people and groups pushing us to do what’s in their best interest. Ali’s stand against a needless war let me know I should do my own thinking, less I live (or lose) my life for the benefit of others.

Ali’s life didn’t end with an unblemished record. He took some tough losses in the ring and in his personal life. He was not a perfect man.

Their DNA is just not relatable to us normal folks.

Ali’s final loss came to Father Time, whose record is, in fact, unblemished.

The former heavyweight champion will go down in history as one of the best athletes to ever compete. No debates are needed for legends like Ali.

His place in history is secure at the top, accompanied only by Michael Jordan.

Ali’s life has ended, but few have lived as full a life as he did.

He did something with his time on Earth. We should all make a conscious effort to do the same, instead of letting life wash over us while we sit passively by.

Muhammad Ali’s first big action at age 12 took courage when he didn’t sit by and let a thief get away with ripping his bicycle. After that, the courageous actions just piled up over the next 62 years.

I’ll leave you with a Cus D’Amato quote on what it takes to be a hero. That’s just what Muhammad Ali was to tens of millions of his fellow man.

“What’s the difference between the hero and the coward? There ain’t no difference. They both feel exactly the same on the inside: they both fear dying and getting hurt. It’s what the hero does that makes him a hero. And what the other doesn’t do, makes him a coward.”