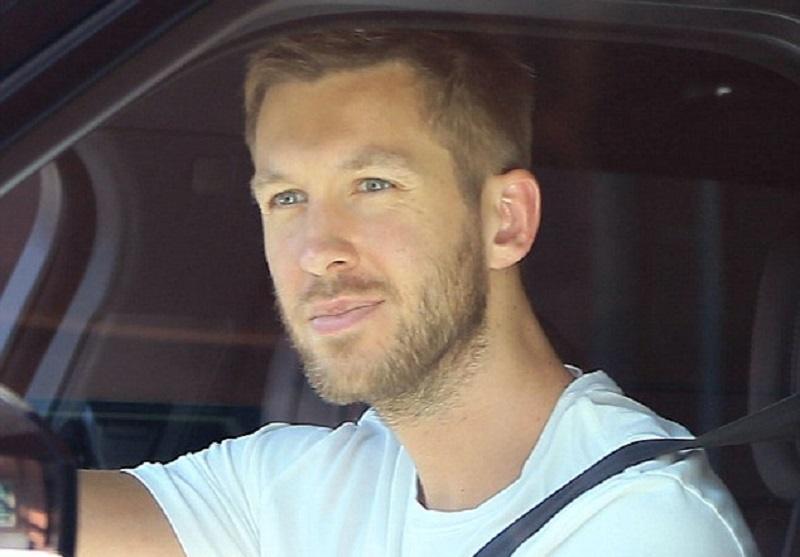 As the days go by more information is coming out about Taylor Swift and Calvin Harris’ seemingly sudden break-up. Earlier this week it was confirmed that Taylor and Calvin had, in fact, decided to go their separate ways. While the two showed no sign of relationship troubles just a few weeks earlier, insiders are saying that there was some notable conflict between them.

A source close to the duo just recently explained that Taylor had a different vision for their future together, and Calvin wasn’t quite on board. They claimed, “[Taylor] used to talk about their future a lot – marriage, babies. And although he wants all of that, it just felt a bit like she was all full-steam ahead, whereas he is more of a slow and steady, let things progress organically, kind of guy, it’s a shame because Taylor is a lovely girl. But it just obviously wasn’t meant to be.”

The insider went on to elaborate, “It was simply a case of not being right for each other. They grew apart quite quickly, and although he tried to give her what she wanted, he felt like they’re just in different places. There’s no one else involved.”

It is believed that Calvin was the one to pull the plug on their 15-month relationship, and it has reportedly left Taylor quite upset. Fortunately, the pop star is known for her close-knit group of friends and has already been leaning on them for support. Just after the news broke of her split, Taylor’s childhood best friend (and the subject of her song “Fifteen”) took to her Instagram to show support. In a loving post addressed to Taylor, Abigail put up a picture of a hand-drawn card that features a heart and the phrase “my weird heart loves your weird heart.” 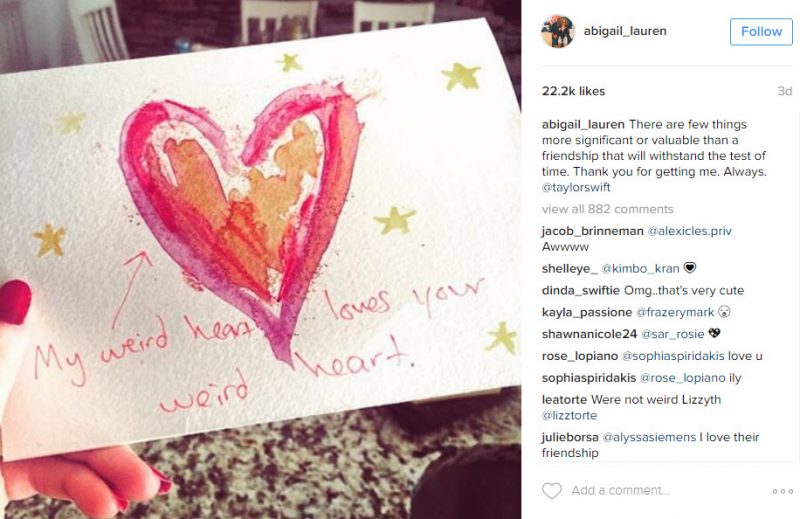 Hopefully, Taylor can rebound from this heartbreak quickly and even get a few hit songs out of the unfortunate situation.

Taylor reportedly thought Calvin Harris was the man she would marry and was talking about having children, but he reportedly was not yet prepared to settle down.

A source told Us Weekly: ‘She used to talk about their future a lot – marriage, babies. And although he wants all of that, it just felt a bit like she was all full-steam ahead, whereas he is more of a slow and steady, let things progress organically, kind of guy.’

Despite this, the insider suggested there was no lingering animosity between the pair.

Of their relationship failure, the source said: ‘It’s a shame because Taylor is a lovely girl. But it just obviously wasn’t meant to be.’

This comes shortly after a source claimed the ‘heartbroken’ 26-year-old singer felt she had no choice but to walk away because Calvin wasn’t prepared to wed and have children in the foreseeable future.

A source explained: ‘Taylor ended things as she could feel their relationship wasn’t heading in the right direction. She discovered they were on different paths in the last few weeks.

‘It wasn’t that they weren’t happy, but when she raised the subject of their future it became clear they do not want the same thing at the same time,’ the insider said.

‘Taylor is heartbroken. But it could have been a lot worse if they were in this position in another 15 months. She always saw herself as a young mom. It’s not that she’s in a rush to settle down or anything. But she also doesn’t want to waste time either,’ the source revealed.

Calvin was reportedly reluctant to make a ‘complete commitment’ to the blonde beauty.

But the source added: ‘He absolutely adored their time together, but being a devoted boyfriend is difficult to fit in with being the biggest DJ on the planet. He also loved having his own home in LA and didn’t want to move in full time together. He loved his own space.’

In addition to the breakup, Calvin has been recovering from his serious car accident two weeks ago.

He was treated at a hospital after a Volkswagen Beetle smashed into a black Cadillac SUV in which Calvin was a passenger.

He discharged himself, and a rep later said he only had a ‘scratch’ on his nose, and Taylor, 26, skipped the Billboard Music Awards in Las Vegas to be at his side following the accident. 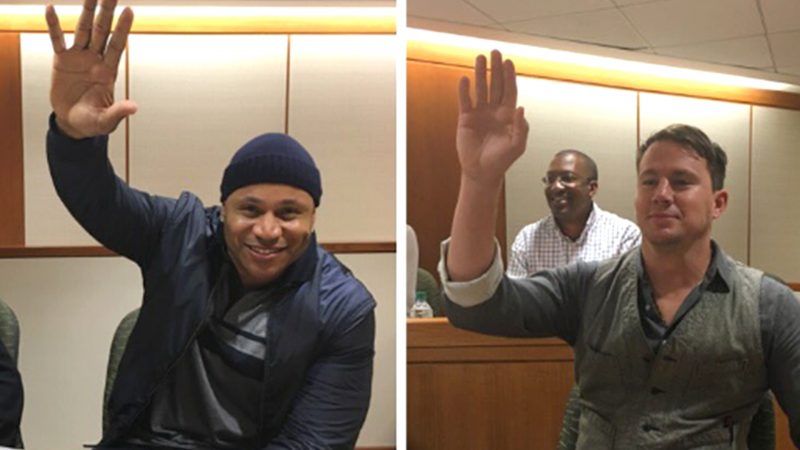 Harvard may be one of the hardest post-secondary schools to get into in the whole world, but it isn’t quite as hard for someone who is a well-loved international movie star. Harvard Business School took to their Facebook page to share that Magic Mike star Channing Tatum is now attending classes at the school. Along with LL Cool J.

Despite struggling with ADHD and other learning challenges in the past, Channing is enrolled in Harvard’s Executive Education program. One of the program’s professors took to her Twitter page to show off her new student. In the post, professor Anita Elberse shared an image that showed Channing, as well as Chicago Bulls’ Pau Gasol, Los Angeles Clippers’ Chris Paul, and rapper/actor L.L. Cool J. enthusiastically raising their hands in the lecture hall.

So yeah, this is happening. Four legends signed up to take my ExecEd course." Only at @HarvardHBS! #HBSExecEd pic.twitter.com/3RyjLVmBID

The course that Anita teaches is supposed to teach students how to execute “proven approaches for marketing creative products and portfolios, managing and marketing talent, determining when to make smaller versus blockbuster bets, and identifying and capitalizing on market disruptions.’